Once New Year's Day has passed and I'm ready to let the new year sink in, this Disney fan starts looking for a special email in her inbox: the new Walt Disney Studios Motion Pictures Slate!

The Slate is a list of all the movies that are planned for the year. 2016 has a wide variety of films coming out, and I'm excited for several of them!

To avoid confusion, Walt Disney Studios puts out much more than animated films. They distribute movies under the following names:

All that means is that Disney is responsible for a lot of entertainment, and I'm happy to share their plans with you! 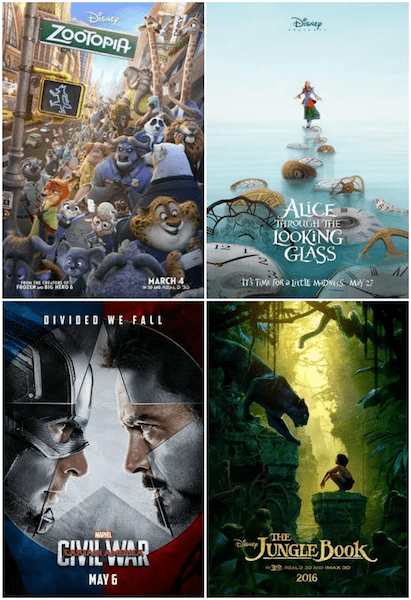 There are so many amazing things coming our way from Disney, but there are three movies I'm looking forward to above all the rest:

Which 2016 Disney movies are you most looking forward to?