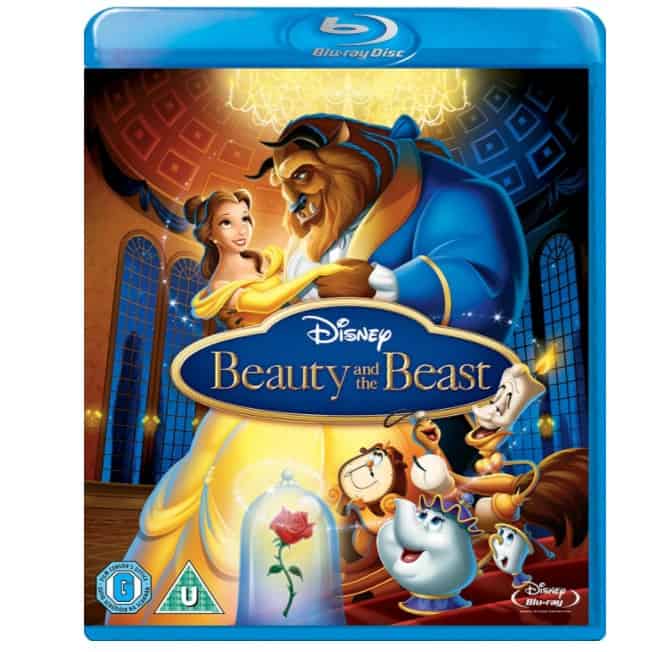 The Beauty & the Beast blu-ray is on sale right now for $6.99 at Amazon. That's a great price for this Disney classic! This is a UK Region-Free Blu-ray.

The film that officially signalled Disney's animation renaissance and the only animated feature to receive a Best Picture Oscar nomination, Beauty and the Beast remains the yardstick by which all other animated films should be measured. It relates the story of Belle, a bookworm with a dotty inventor for a father; when he inadvertently offends the Beast (a prince whose heart is too hard to love anyone besides himself), Belle boldly takes her father's place, imprisoned in the Beast's gloomy mansion. Naturally, Belle teaches the Beast to love. What makes this such a dazzler, besides the amazingly accomplished animation and the winning coterie of supporting characters (the Beast's mansion is overrun by quipping, dancing household items) is the array of beautiful and hilarious songs by composer Alan Menken and the late, lamented lyricist Howard Ashman, (winning the 1991 Oscar for Best Song and Menken's score won a trophy as well). The downright funniest song is “Gaston”, a lout's paean to himself (including the immortal line, “I use antlers in all of my de-co-ra-ting”). “Be Our Guest” is transformed into an inspired Busby Berkeley homage. Since Ashman's passing, animated musicals haven't quite reached the same exhilarating level of wit, sophistication and pure joy.

If you are doing a lot of Amazon shopping – now is the perfect time to sign up for your FREE 1-month trial of Amazon Prime. You'll get FREE 2-day shipping, FREE movie rentals, FREE television shows, FREE music and FREE ebooks through the Lending Library!