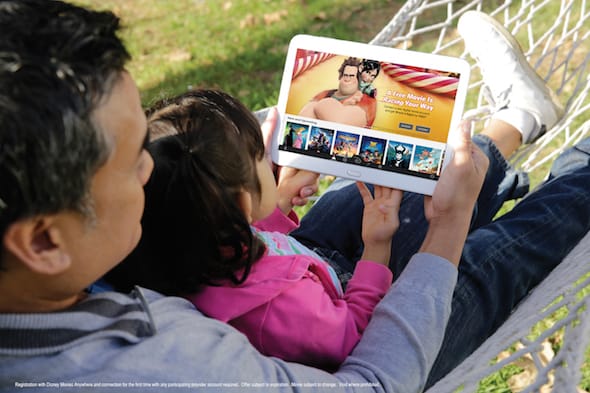 When I became a #VZWBuzz blogger I became a mobile Android user. After my Verizon phone and new number were established, I gave up my iPhone that ran off of a different carrier’s subpar service and started using a Samsung Galaxy phone and tablet. (PS: The Samsung Galaxy S5 on Verizon’s network? Incredible.)

All in all, I thought the switch from an iPhone to an Android phone was seamless. There wasn’t anything I had used on iOS before that I couldn’t continue to use on my newer phones and tablets.

It was recently announced that Disney Movies Anywhere is now available in the Google Play store for all Android devices!

I did something similar to this:

Even better, Disney Movies Anywhere for Android is an all-new product that aims to provide an actual experience for users. While the app provides the ability to watch all of a user’s Disney Marvel and Pixar digital movies in one place, there are plenty of perks even if you don’t own any digital movies. 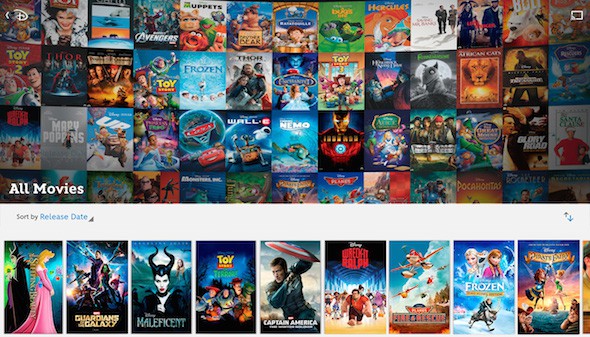 I’ve saved the most exciting news for last: Anyone (Android or Apple users) who connects their Disney Movie Rewards account to their Google Play account will get Wreck-It Ralph FREE. To keep. Forever!

How to get your FREE copy of Wreck-it Ralph:

Note: If you don’t have a smartphone or tablet you can follow steps 2-4 on the Disney Movies Anywhere site.