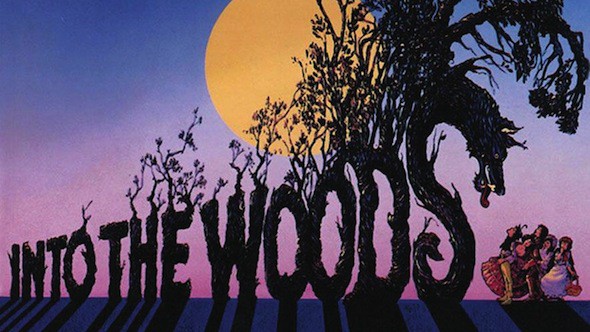 I am beyond excited about the newest Disney press release that just arrived in my inbox:

Walt Disney Studios is turning the beloved hit Broadway musical Into the Woods into an all-star movie!

The announcement also states that the screen adaptation will include songs from the stage musical AND it’s confirmed that Stephen Sondheim is has written a brand new song for the show’s on-screen debut!

More details are below, and I’ll be sure to share all the Into the Woods details as they come into my inbox!

Rob Marshall, the talented filmmaker behind the Academy Award-winning musical Chicago and Disney’s Pirates of the Caribbean: On Stranger Tides, helms the film, which is based on the Tony-winning original musical by James Lapine, who also penned the screenplay, and legendary composer Stephen Sondheim, who provides the music and lyrics—including an all-new song for the big-screen adaptation.

Into the Woods is produced by Marshall, John DeLuca, Wicked producer Marc Platt and Callum McDougall. Shooting in studio and on location throughout England, the film is slated for a December 25, 2014, holiday release.

Into the Woods is a modern twist on the beloved Brothers Grimm fairy tales, intertwining the plots of a few choice stories and exploring the consequences of the characters’ wishes and quests.

This humorous and heartfelt musical follows the classic tales of Cinderella, Little Red Riding Hood, Jack and the Beanstalk, and Rapunzel—all tied together by an original story involving a baker and his wife, their wish to begin a family and their interaction with the witch who has put a curse on them.

The big-screen adaptation welcomes songs from the stage musical, including Children Will Listen, Giants in the Sky, On the Steps of the Palace, No One Is Alone and Agony, among others. Additionally, Sondheim has penned an all-new song for the story’s theatrical debut.

The award-winning production team includes Dion Beebe (Collateral, Chicago, Nine), Oscar winner for the Marshall-helmed Memoirs of a Geisha, as director of photography. Dennis Gassner (Skyfall, Quantum of Solace), who won his own Oscar for Bugsy, serves as production designer, and three-time Oscar winner Colleen Atwood (Memoirs of a Geisha, Chicago, Alice In Wonderland) is costume designer.

Into the Woods premiered on Broadway on Nov. 5, 1987, at the Martin Beck Theatre. The production, which ran for 764 performances, won Tony Awards for best score, best book and best actress in a musical.

Among other awards, the musical received five Drama Desk awards, including best musical. Into the Woods has been produced around the world, including a 1988 U.S. tour, a 1990 West End production, Broadway and London revivals, in addition to a television production, DVD recording and a 10-year-anniversary concert.