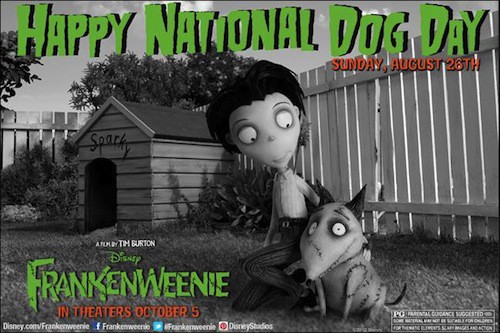 It's a little late in the day, but I just remembered that it's National Dog Day! I love my dog, and I'm totally looking forward to seeing Frankenweenie in the future!

You can view a great Frankenweenie trailer if you want to learn a bit more about the movie.