↑
Home » Entertainment » Interview with Alex Kurtzman, Director of PEOPLE LIKE US 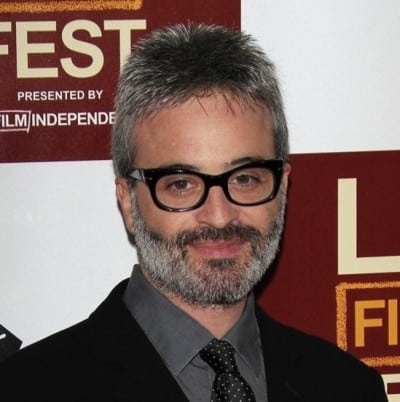 It’s been nearly two weeks since I was in California experiencing more Disney/Hollywood/entertainment industry culture than I ever thought I would be a part of.

I was lucky enough to participate in a private, advance screening of People Like Us last week with the rest of the bloggers on the trip. After we viewed the (fantastic) movie, we had the opportunity to interview the director, Alex Kurtzman.

Here are some of the highlights of that interview:

Where did the story of People Like Us come from?

I met my sister when I turned 30.  My dad had had another family before ours.  We knew about them growing up but I’d never met them.

I think it was because my wife and I were starting to think about having kids. It makes you think about your family and where you come from. I started thinking , I have a half-sister and a half-brother.  I started  wondering who they were and what they were like. This image came to me.  And the image was the last image of the movie.  I didn’t know who those characters were in the image, but it it struck me very profoundly as the ending.  And,  I thought, Wow, that seems like a really interesting story.

I went to a party that night, and a woman walked up to me and said, “I’m your sister.”

That began the seven years of the odd odyssey of trying to work through it and separate truth from fiction in order to make a movie. what you see [in People Like Us] is in many ways very autobiographical and in other ways there’s a lot of invention there.  But I certainly think there’s a lot of emotional truth for a lot of people in my family in there.

Note: Alex Kurtzman is widely known for writing and working on such films as Transformers, Star Trek, Cowboys and Aliens and other high-action movies.

How did what you worked on before affect People Like Us?

We (Roberto Orci) and I have had incredibly good fortune of being able to be involved through every phase of production on the movies that we’ve been writing and producing. So I’ve had the privilege of being able to sit behind directors and watch them do their thing.

I’ve always been looking and waiting for a story to go back to the stuff that we started, that inspired us (Kurtzman and Orci) to tell stories in the first place. I couldn’t have done [People Like Us] without those other movies because the set wasn’t intimidating.

I could never have had the crew that I had if I hadn’t made those movies. I made a real point of surrounding myself with people who were far more talented and experienced than I. That allowed me to trust them and it gave me a safety net.

On Casting Chris Pine as Sam in People Like Us:

There was also the question of how old I wanted Sam to be at certain points, because he behaves and makes choices that are so incorrect. A part of me that thought, This is about a guy who’s in a real state of delayed adolescence. He’s actually 30 and he hasn’t quite grown to “that place yet.”

I just felt like the Chris is first of all a guy. I really needed sam to be a guy. He’s a man, but when you look at him in the film he’s 10 years old. Every time I saw Sam on the monitors I saw this boy. That character required a lot of range.

On casting Elizabeth Banks as Frankie:

I auditioned a lot of actresses or Frankie and they were all amazing, every one of them. But my worry with Frankie was that she would walk into the room and there would be a heaviness about her given her life.

When Elizabeth Banks came in, she did two monologues. And she kind of threw it away. She read the lines like she was throwing them away. I felt like I was watching this person who was trying very hard not to have the words mean what they meant. Because of that they meant so much more.

Banks played the role like she wasn’t living in the drama of the [stories she was telling]. She was sort of trying to play it off. The more she tried, the less capable she was of playing it off. By the time you get to the end of her monologues you realize how raw and real she is.

Banks is also a brilliant comedian and unbelievably smart. She can spin any line a thousand different ways. There’s also a sharpness about her that I think is conveyed in Frankie’s character because I knew that Frankie had to be like, you do not mess with Frankie.

[I looked at] over 500 kids for the part of Josh. I think Michael is incredible. It’s difficult to cast children because that part of the angry young kid could be such a cliche, but it could be so precious.

D’Addario is also totally unself-conscious. He’s not trying to impress anybody. Who you see on the screen is very much Michael.

D’Addario’s parents are fantastic. He comes from an incredibly grounded background. I told his parents:

His mom replied with, “Look, he’s a big boy. He gets it. He understands. He knows why he’s here. ”

I was always impressed with how much freedom his mother gave him to experience the movie, but she was always right there with him. Never pushing him, just very supportive.

There was so much more to the interview, but those were the parts I loved the most. I really thought it was most important to share how the actual story of People Like Us came about.

Then, once I knew about the back story, I understood how important it was to get the casting just right.
People Like Us just opened in theaters on 6/29/12.  I recently posted a no-spoilers review of People Like Us. I thought it was absolutely fantastic, and I loved it from beginning to end!

Disclosure: Disney provided my transportation and accommodations for the event that included this movie screening. All opinions expressed are entirely my own.