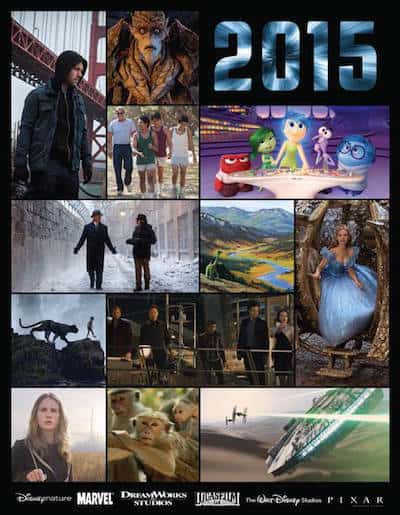 Amazing, exciting things are coming this year for all of us by way of Disney!

That means there a wide array of films in the pipeline, and I can't wait to see so many of them!

March 13, 2015: Cinderella
View the latest Cinderella trailer and everything else I've shared about the Cinderella!

I've actually already seen McFarland, USA and I highly recommend it! Beyond that, I'm extra-excited for more than a few of these movies.

As you likely already know, I love to share Disney news on babysavers.com. I'll be sure to post all the exciting trailers, posters and everything else on these movies as they land in my inbox!