↑
Home » Giving Back » Donate for Free: $5 to Save The Children With Marvel Studios Hero Acts 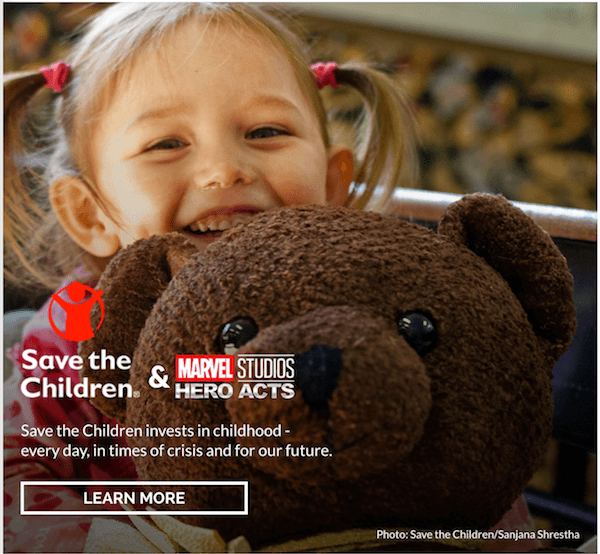 Do you know about Save the Children? It’s a nonprofit that invests in childhood in the United States and around the world. Save the Children believes in giving children a healthy start, the opportunity to learn and protection from harm.

Over the last year, Save the Children worked in 120 countries and helped more than 185 million children. 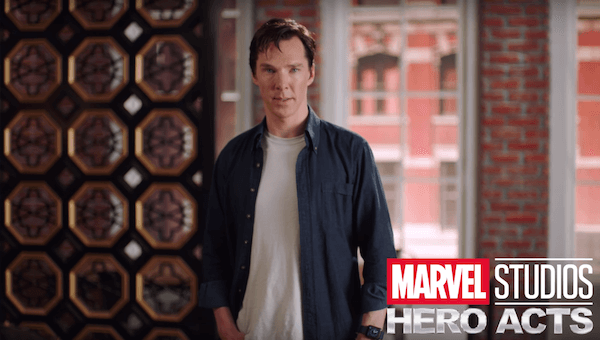 The video Cumberbatch filmed to announce the Hero Acts initiative is really remarkable. Watch it here:

Today, thanks to Marvel Studios Hero Acts, you have the opportunity to donate $5 to Save the Children just by uploading a picture of yourself!

Marvel Studios is donating $5 to Save the Children (up to $1 million) for every fan who uploads a photo of themselves at MarvelStudiosHeroActs.com. Your photo will unlock funds to support work in Haiti, Nepal and the United States!

I already had a fun photo of me holding the real Captain America shield, but you can upload any picture and decorate it with Thor’s hammer, Cap’s shield, Doctor Strange’s coat or other overlays!

If you don’t want to share your own picture you can retweet the tweet below to help spread the word: