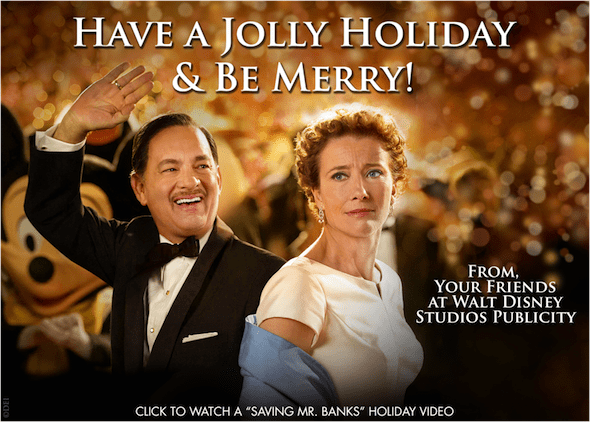 This  sweet holiday message arrived in my inbox and I had to share it!

Saving Mr. Banks is open in all theaters and I'm so excited to see it at the end of this week!