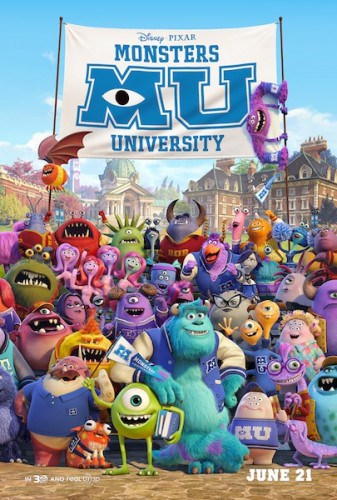 Remember Mike Wazowski and Sully from Monsters, Inc? They’re such a funny pair–are you interested in how they became friends? I am!

This summer, Monster’s University will be released and we’ll all get to see the story of how they went from being rivals attending Monsters University to best friends working as professionals!

The above image is the newest poster for Monsters University. It makes me even more excited that this movie will be in theaters in just a few months!

Here are a few fun details about Monsters University and the stars of the movie: