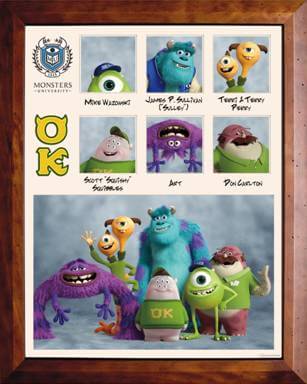 I think I keep asking this, but are you as excited as I am to see Mike Wazowski and the other lovable monsters again?

Monster's University will be released this summer, and we'll all get to take in the real story story of how Mike Wazowski and James P. Sullivan went from being rivals attending Monsters University to best friends working as pros at Monsters Inc.! 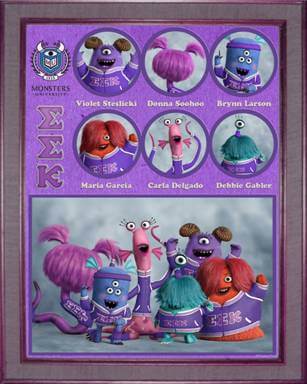 Now, Disney Pixar just released the full voice cast list for Monsters University and it looks great! Reading the list also makes me think that I've watched a lot of–maybe too much–TV in the past year or two. There are so many familiar names!

I'm especially excited to see Aubrey Plaza, John Krazinski and Charlie Day on the list. They all have such distinct, entertaining voices–I'm sure their characters will be hilarious!

Here are the details for the full cast list of Monsters University:

Screaming with laughter and oozing with heart, Disney•Pixar’s Monsters University is directed by Dan Scanlon (Cars, Mater and the Ghostlight, Tracy), produced by Kori Rae (Up, The Incredibles, Monsters, Inc.) and features music from future Rock and Roll Hall of Fame inductee Randy Newman.

Here are a few fun notes about Monsters University and the stars of the movie: