↑
Home » Entertainment » Muppets Most Wanted: New “Across the Internet” Trailer 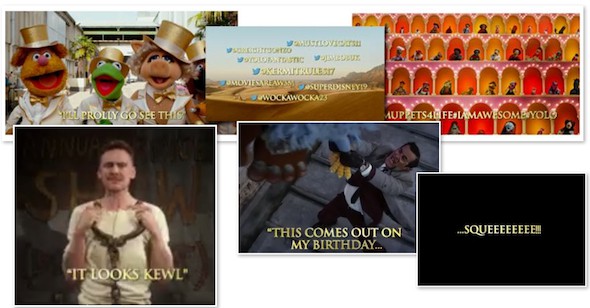 There are only 2 months until the Muppets return to the big screen in Muppets Most Wanted!

Muppets Most Wanted will open in theaters on March 21st 2014 and I have a brand new trailer to share with all of you!


If you’re unable to see the trailer above, you can see the Muppets Most Wanted trailer on YouTube.

This trailer isn’t the crazy, spastic Muppets movie preview like we’ve been seeing recently. You have to see it to understand how funny it is!

If you’re craving some of that usual craziness, take a look at another hilarious official Muppets video on Youtube: Pöpcørn. You can probably guess who stars in it!

Disney’s Muppets Most Wanted takes the entire Muppets gang on a global tour, selling out grand theaters in some of Europe’s most exciting destinations, including Berlin, Madrid and London.

Here are a few fun facts about Muppets Most Wanted:

Stay on top of all the Muppets Most Wanted news:

This link will always bring you to the most current Muppets Most Wanted information right here on babysavers.com!