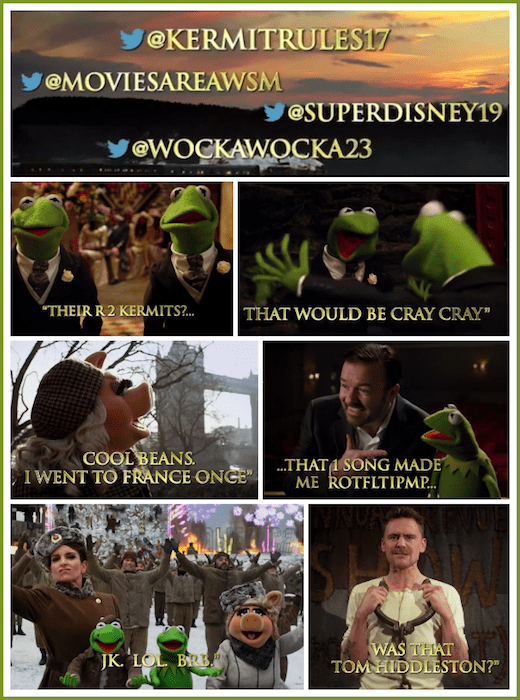 If you haven’t caught the last few Muppets Most Wanted spots you’re missing out on some seriously funny stuff!

The newest Game Day Extended Spot for Muppets Most Wanted is now available and I have it for you here!

Be sure you take a look at both of these Muppets Most Wanted trailers to get your fill of Muppets-style social media hilarity before the movie opens on March 21:

The Muppets have been YouTube sensations for years, and there are some amazing, hilarious videos to watch! So far I’ve shared Beaker’s Ode to Joy, Swedish Chef’s Pöpcørn and the classic Bohemian Rhapsody.

Today I want you to take a look at “Food Fight” featuring Gordon Ramsay with the Muppets. You won’t be disappointed!


Muppets Most Wanted will open in theaters on March 21st 2014.

Disney’s Muppets Most Wanted takes the entire Muppets gang on a global tour, selling out grand theaters in some of Europe’s most exciting destinations, including Berlin, Madrid and London.

Stay on top of all the Muppets Most Wanted news:

This link will always bring you to the most current Muppets Most Wanted information right here on babysavers.com!