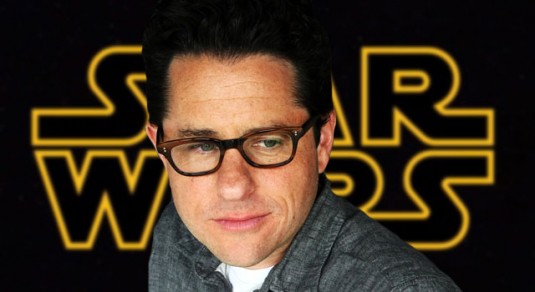 I know it’s a long ways off, but I personally know several people who are dying for every drop of Star Wars news they can have, and I bet a lot of you are the same way!

If you missed it the first time around, I’ve already posted some details about J.J. Abrams and Star Wars: Episode VII.

Here are a few more tidbits of information from Disney:

Pre-production of Star Wars: Episode VII is in full-swing. “We’re very excited to share the official 2015 release date for Star Wars: Episode VII, where it will not only anchor the popular holiday filmgoing season but also ensure our extraordinary filmmaking team has the time needed to deliver a sensational picture,” said Alan Horn, chairman of The Walt Disney Studios.

Star Wars: Episode VII will be directed by J. J. Abrams (Super 8, Mission: Impossible III, Star Trek)and is being scripted by Abrams and Lawrence Kasdan (Raiders of the Lost Ark, The Empire Strikes Back, Return of the Jedi).

Shooting is scheduled to begin spring 2014 at Pinewood Studios.

I’m on the list to receive additional news on Star Wars: Episode VII as it’s released. When I do, you all will be the first people I share it with!

Visit StarWars.com: All Star Wars, All the time.