Have you heard about Disney’s upcoming adaptation of Madeline L’Engle’s A Wrinkle in Time? Everything about it — the story, the cast, the news updates — promises that it’s going to be an amazing film! 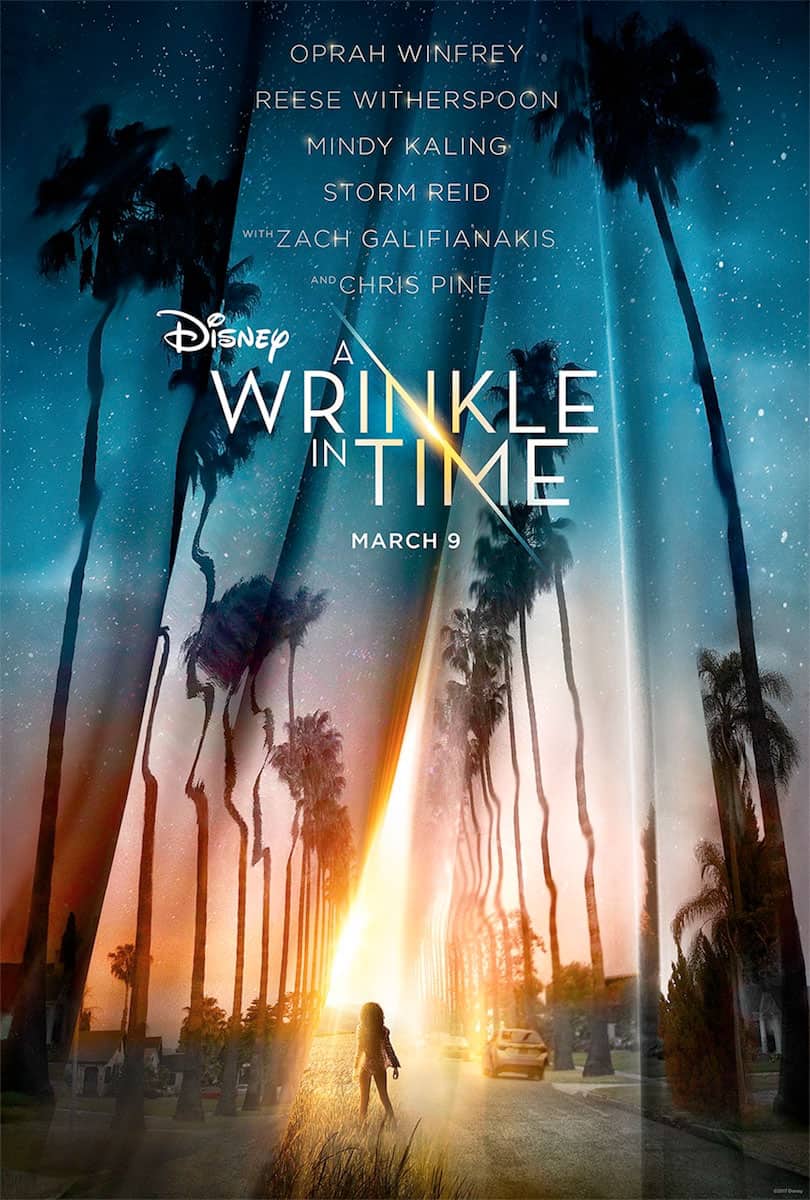 Above is the poster for A Wrinkle in Time. I think it suits the original story perfectly!

I also have teaser trailer for A Wrinkle in Time. It was released a few months ago, but I totally missed it and I really wanted to make sure I shared it with all of you!

About A Wrinkle in Time:

An epic adventure based on Madeleine L’Engle’s timeless classic, A Wrinkle in Time takes audiences across dimensions of time and space, examining the nature of darkness versus light and ultimately, the triumph of love.

Directed by Ava DuVernay from a screenplay by Jennifer Lee based upon the beloved novel by Madeleine L’Engle, “A Wrinkle in Time” is produced by Jim Whitaker and Catherine Hand with Doug Merrifield serving as executive producer.

A Wrinkle in Time opens in theaters everywhere on March 9, 2018! Read more about it here!