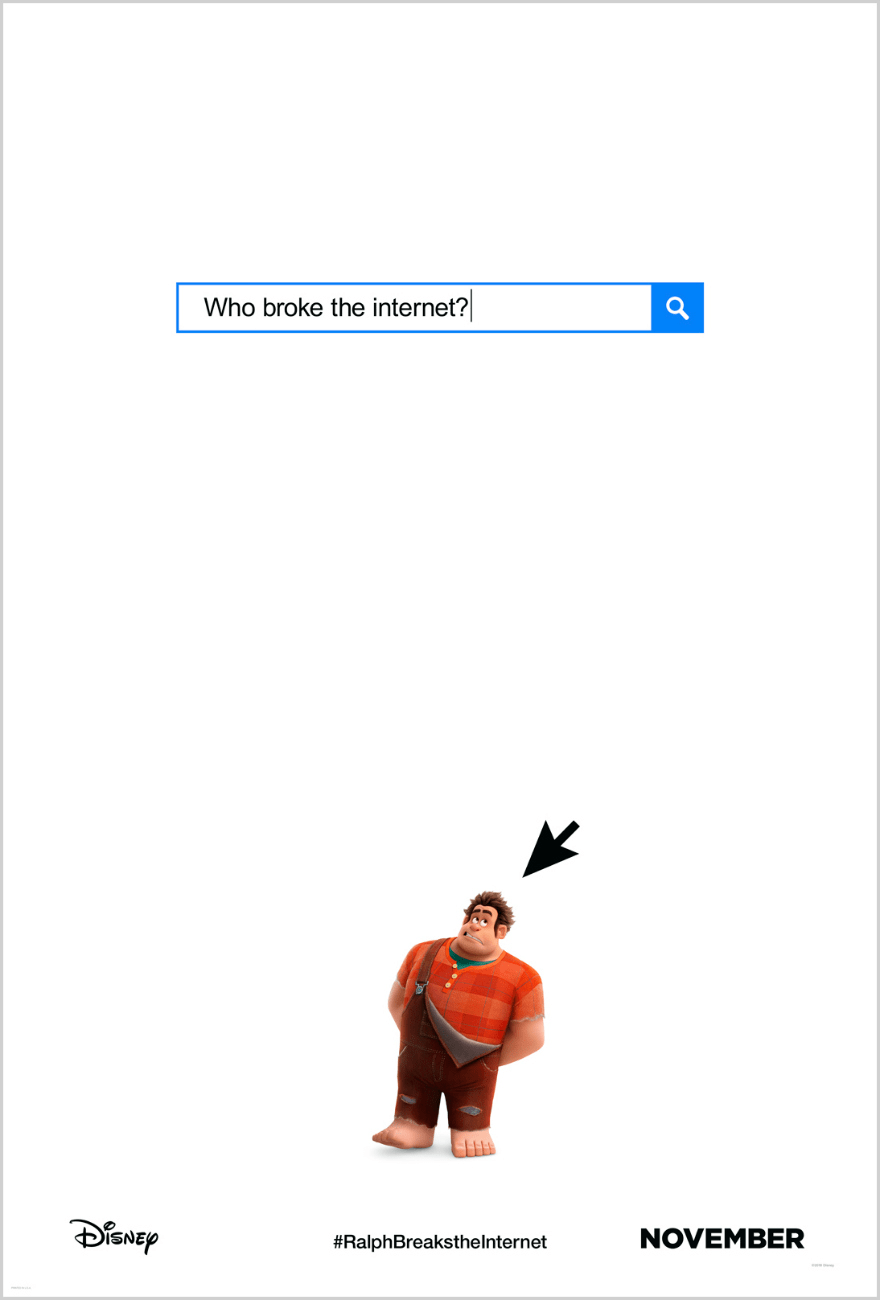 I have exciting news: Wreck-It Ralph is coming back with a sequel!

Ralph Breaks the Internet: Wreck-It Ralph 2 will be in theaters everywhere on November 21, 2018, and I have a brand new trailer to share with you!

In way over their heads, Ralph and Vanellope rely on the citizens of the internet—the netizens—to help navigate their way, including a webite entrepreneur named Yesss (voice of Taraji P. Henson), who is the head algorithm and the heart and soul of trend-making site “BuzzzTube.”