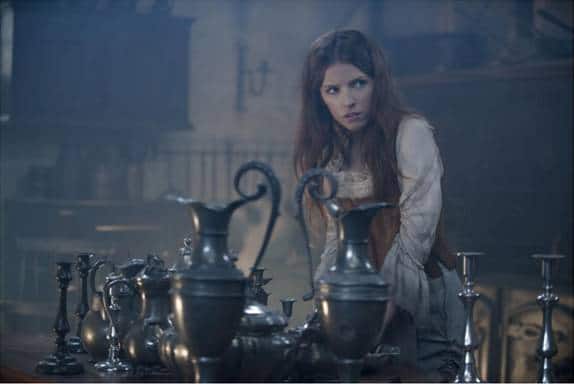 I don't have tons of opportunities to write about my love of theater, but Broadway musicals are one of my favorite things in life. I could listen to cast recordings all day, every day, and I'm always thrilled to see musicals adapted into films. It just gives those amazing shows an extra bump of recognition.

I've written about Disney's upcoming release of Into the Woods, and it's finally time to share a trailer from the film! If you can't see the video below, you can view the Into the Woods trailer right on YouTube.

Into the Woods will be released in theaters on December 25, 2014!

The film is a humorous and heartfelt musical that follows the classic tales of Cinderella, Little Red Riding Hood, Jack and the Beanstalk, and Rapunzel—all tied together by an original story involving a baker and his wife, their wish to begin a family and their interaction with the witch who has put a curse on them.

“Into the Woods” is a modern twist on several of the beloved Brothers Grimm fairy tales, intertwining the plots of a few choice stories and exploring the consequences of the characters’ wishes and quests.