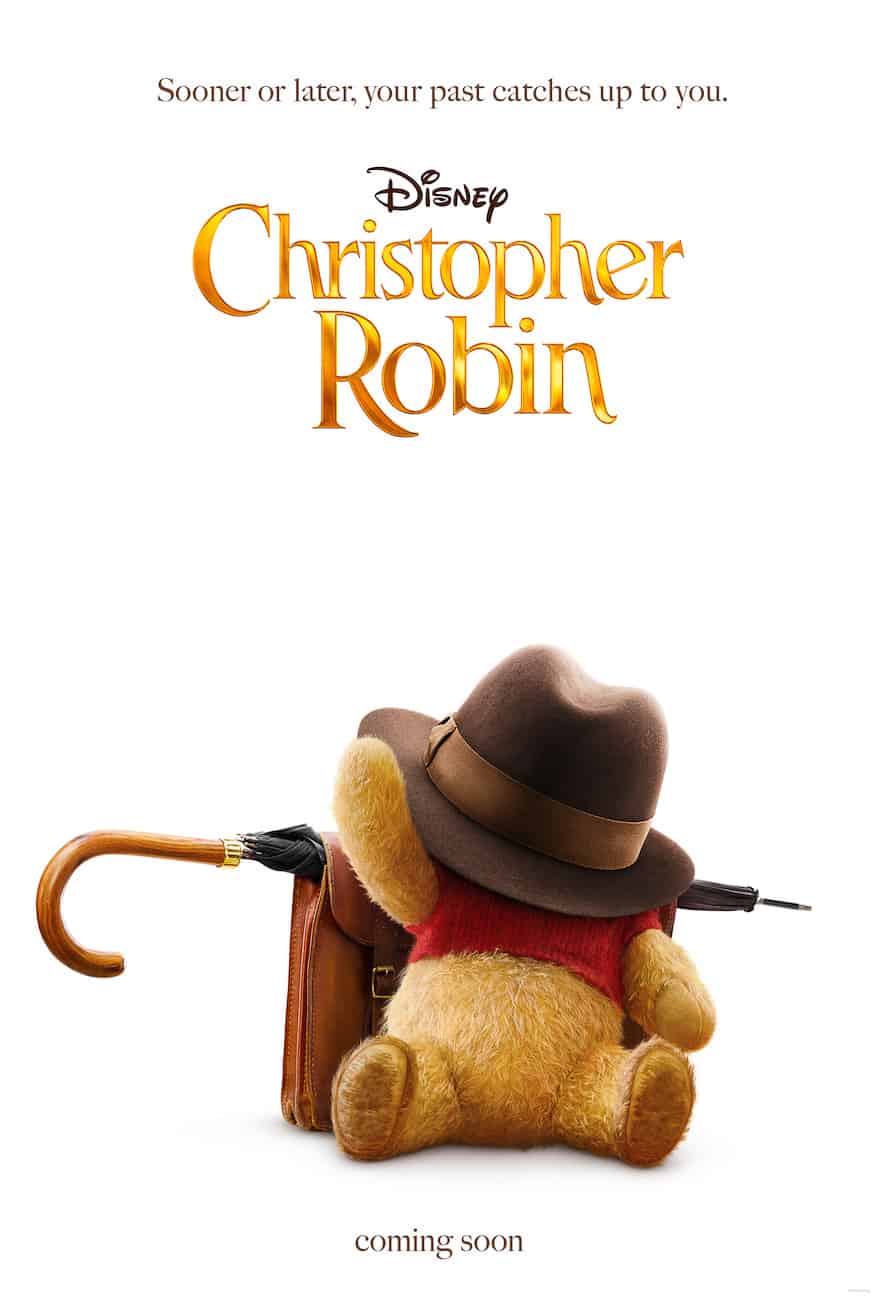 Sooner or later, your past catches up to you. That's the tagline on the brand new poster from Disney's Christopher Robin, and I'm intrigued!

Christopher Robin, the little boy from the Winnie-the-Pooh stories, is now all grown up and he's lost all sense of imagination. Pooh and his friends from the Hundred Acre Wood re-enter Christopher's life to help him find it again.

Here's what we know about who's starring in Christopher Robin:

Now take a look at the new Christopher Robin trailer: