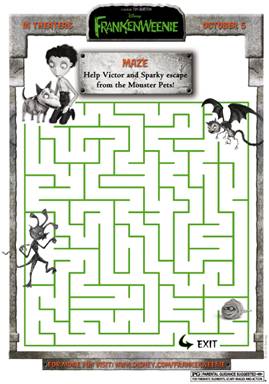 Disney’s Frankenweenie will open in theaters on October 5th, and it looks fantastic!

I just received a set of activity sheets to share with all of you and your little ones. Print out the following sheets:

You can view a great Frankenweenie trailer if you want to learn a bit more about the movie.