I'm a huge Disney fan and I love pop culture, so it's always thrilling to be able to sit down with the people responsible for some of my favorite movies.

I was especially excited to meet Clark Spencer, producer, along with Bryon Howard and Rich Moore, the directors of Zootopia.

I was able to ask them some questions about the movie, about Disney and about their life experiences, and then I had a quick art lesson where I learned to draw Judy Hopps! 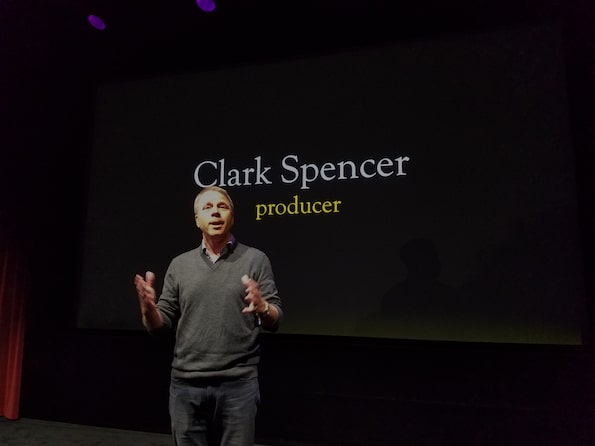 Was there an initial idea or something going on in your lives that sparked the idea for Zootopia?

The bias theme came very organically from a period of research that we did. We really drive in and try to become experts on the subject of what we're working on.

Like Rich is the expert on video games. From when he was a child it was his destiny to direct Wreck-It Ralph. I know a lot about hair because of Tangled. I learned more about hair on that movie than I ever thought I would know.

For this movie, we knew we had to find out about animals, and we did an amazing research trip where we went to Kenya. The first camp they put us up at was near a watering hole where animals of all kinds come to drink.

We noticed was that predators would come and drink right next to antelope and zebra, which the predators normally eat. During the day, they just come in and they see each other. They're aware of each other but they just drink and they go their separate ways.

Everyone is well behaved around the watering hole. That's like two groups that frequently don't get along and have different goals in survival, but in certain situations they have to figure out how to work together.

We thought that's an interesting parallel to our own world. As we dove deeper into the subject and learned more about what bias does to societies and to people, it was very compelling.

Disney films can be very powerful. Bambi was a very powerful film for us all, and The Lion King helped our families talk about death. We thought, with all the stuff that's in the news it was something we should try to do.

We spent a long time talking with each other and talking to experts about bias. Doctor Butler was a great touchstone for us during the film told us how tricky and dangerous these ideas and these problems can be.

But we really wanted to present it not as a message movie but through the journey of characters. That's why we're so happy that people really bonded with Judy and her journey and saw that she's not perfect.

Judy makes mistakes and she learns that these issues are not as simple as she thought.

It was tough but we're very proud of the fact that people have gotten the message of the movie and have related to it through the journey of the characters.

What's your favorite scene in Zootopia?

Rich Moore: I love the scene with Nick and Judy in the gondola when they start to bond. It takes me back to the day we recorded it with Jason Bateman. 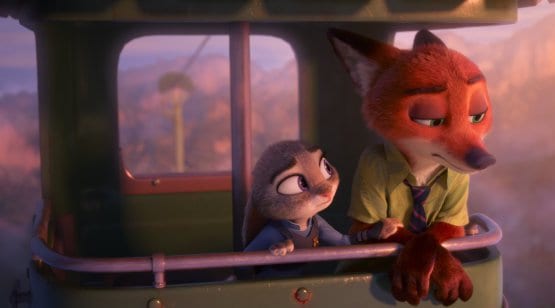 We know Jason Bateman is a comedian, and here he is in this scene where Nick is dropping his guard and sharing this painful moment from his past.

Just the full committal that that Jason gave to the scene and how good he was at taking us to the moment and becoming vulnerable. I'll never forget the act of creating the scene and putting those pieces together.

Bryon Howard: It's the scene under the bridge where Judy goes to Nick and apologizes; it's so incredible for so many reasons.

First, the writers, Phil and Jared, did such a great job crafting that scene. We recorded it up in Vancouver and Gennifer Goodwin just broke down. She was sobbing.

When we got that take, we loved it. When you give a take to an animator, you're hoping for the best. We asked our lead animator, Kira Lehtomaki to do the scene. She came back and showed the rough pass on it. It's almost exactly what you see in the movie. She's a natural animator. It feels like she's not even trying. She's just doing it and it feels real.

When I look at Judy Hopps breaking down and feeling that, I can't believe that's not a real living character.

Clark Spencer: In our industry, animators and actors are cut from the same cloth. Actors emote with their body and voice, and animators do it with a pencil or computer.

What's next for Disney Animation?

We have Moana coming out at Thanksgiving. That's a beautiful, beautiful movie. The Rock is incredible. It's very funny, with great songs by Lin-Manuel Miranda.

How do you decide which Disney Animation project you'll get behind?

Rich Moore: We'll have a meeting with John Lasseter and present to him at least three ideas of something we're interested in. The projects come from a discussion with him. What are we passionate about? What would we like to explore.

The projects are never assigned. It comes from the heart.

Byron Howard: It's one of the many great things about John Lasseter. He believes that the projects come from you, or you'll eventually become either bored or disinterested.

Rich Moore: And you can feel that in the movie. If a director doesn't have his heart in the project that's when things start to feel cliche.

All three of us loved working on Zootopia, because it was a story we crafted with real depth and really had something to talk about. For a director, every day was exciting on Zootopia, and that's what we're trying to put forth.

After the interview we all sat down to have a quick drawing lesson. Who better to draw than Judy Hopps? 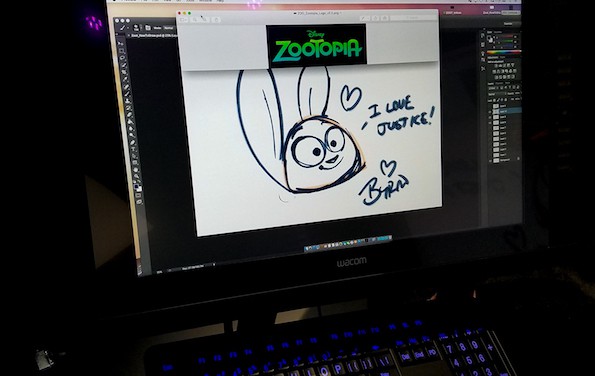 Bryon Howard was super quick and made drawing her seem easy. I'm not an artist and it's not easy! Here's a video Disney Animation Studios put out for how to draw Judy Hopps: