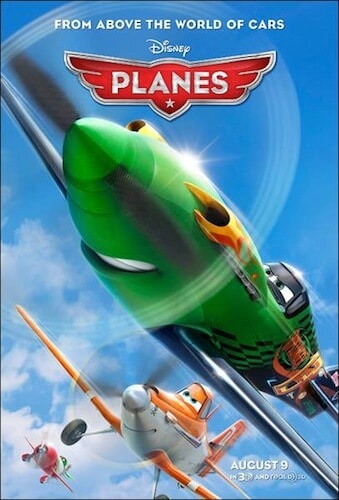 The new movie poster for Disney's PLANES Is now available!

My little ones are so excited to see this movie that I have to stop talking about it around them. They want to see it now 🙂

From above the world of Cars comes Disney’s Planes, an action-packed 3D animated comedy adventure featuring Dusty (voice of Dane Cook), a plane with dreams of competing as a high-flying air racer.

But Dusty’s not exactly built for racing—and he happens to be afraid of heights. So he turns to a seasoned naval aviator who helps Dusty qualify to take on the defending champ of the race circuit.

Disney's Planes is produced by Traci Balthazor-Flynn and executive produced by John Lasseter.