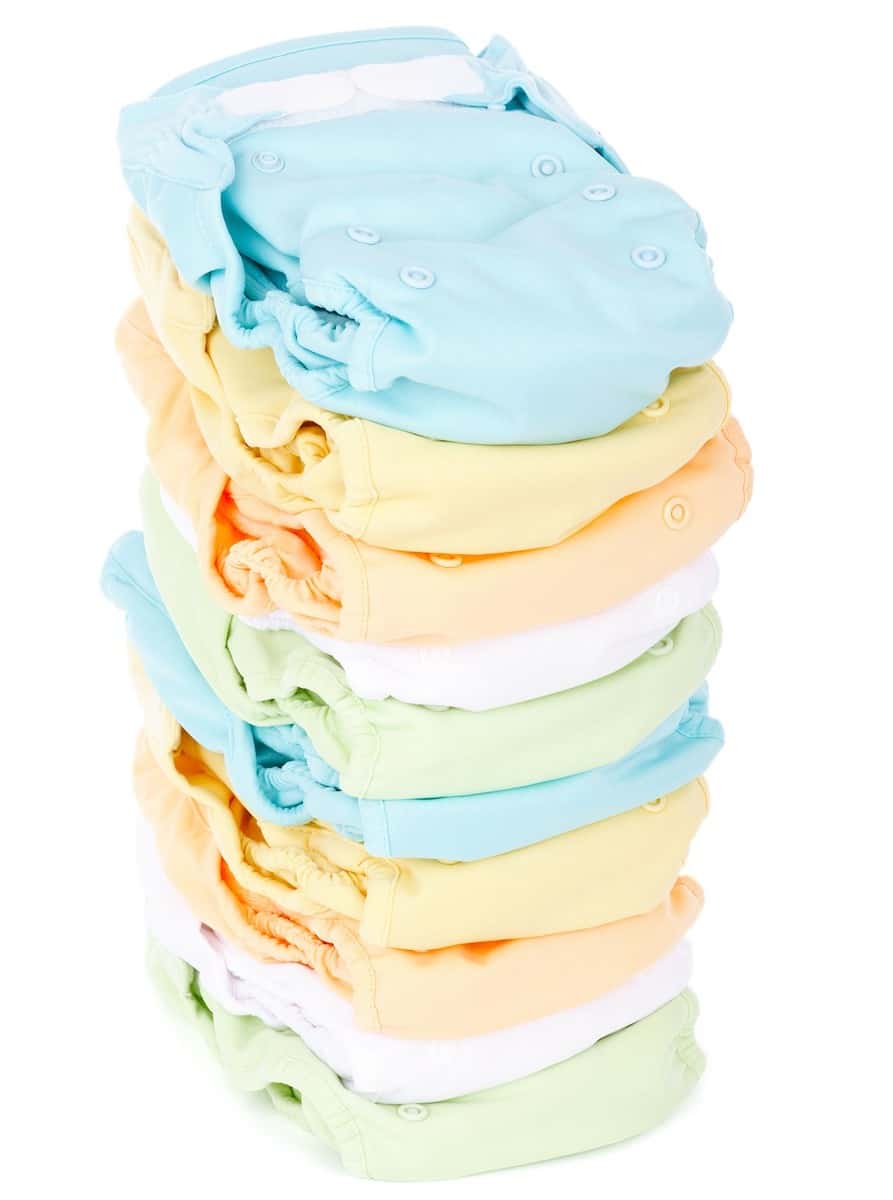 Some people think cloth diapers are a thing of the past. What you may not know is that they are becoming increasingly popular and have some tremendous environmental benefits.

Consider the amounts of chemicals that are in disposable diapers, along with the fact that it takes five hundred years for one to decompose, and it’s no wonder parents are looking for an alternative.

Before my husband and I had our daughter, we loved the idea of using cloth diapers. The reality, though, seemed as if it would be too much work to handle with a new baby.

Once we started, I realized I was stressing over nothing! As our daughter got older, the amount of garbage we were tossing out each week and the more I learned about the chemicals we were exposing her to continued to amaze me.

Prior to trying cloth diapers, I didn’t like the fact that we were putting these chemicals on our daughter.. The cost, too, seemed outrageous, though I justified it with the fact that we could use our “merchandise credit”, and store sales plus coupons, I was able to get the brand name diapers at store brand prices.

As she neared 6 months old, I thought it was too late to start cloth diapering her; that we would just wait until we had our next child and try it out then. Even so, I continued to do research on cloth diapers.

One day, I went to the store with intentions of stocking up on disposables, using the “really good” deals I would be getting. For $70, we would have gotten enough diapers to last us two months. Hopefully. That was when it finally struck me.

We were already planning to invest money into trying out cloth diapers. So instead of buying more disposables, we could take that $70 and purchase cloth diapers to try on our nine month old.

If we liked what we used, we would still have those diapers for our next child! I went home, spoke with my husband and we made our first purchase. Our first purchase came to around $100 – we purchased several different kinds – giving us a “stash” of 6 diapers.

Had we gone with only prefolds to start, we could have gotten about 24 with 4 covers for the same price. That alone would’ve been all she needed up until now (at her growth rate) 11 months later, but we wanted to try out a variety.

For a couple weeks, we used 2-3 of the diapers a day in between using the disposables – we still had two-months worth – and then washed them every other day. We enjoyed using those and added a few more until gradually we had a full diaper stash for her size and accessories for about $200.

We’ve added probably $60-$80 worth of supplies to try out different products, but these will continue to be useful now and also for our baby due in March.

Disposable diapers for eleven months would have been over $440! In 2 years of using disposables most will easily spend over $1200 (on the conservative side) between diapers, wipes, and more. Cloth diapering costs in that time can fun from $300-$800 depending on the method you choose. In addition, it will cost next to nothing for your next child!

My husband was not completely on board with cloth in the beginning, but he was at willing to try. Now he thinks it is great (as much as men can think diapers in general are great) and would highly recommend it for the savings and environmental benefits!

Prefolds are the cheapest method of cloth diapering, and depending on who you ask, the simplest. There are many methods of folding, and once they are folded, they can be placed in the diaper and put directly on baby.

For those that fasten first before putting on the cover, Snap fasteners are more popular these days, though some do still use pins.

Prefolds typically appear to have three sections, the middle of which is the thickest and most absorbent. Different sizes in length and width are available. They come rather flat, but they fluff up in the wash and become fluffier and more absorbent with each wash!

Prefolds are known to hold their quality through many washes, many years, and many children. They can also double as a burp cloth or used as rags when there are no more babies to be diapered.

Fitted Diapers are similar to prefolds, but are cut like a disposable diaper. They use velcro or snaps to fasten around baby and do require a cover.

We have found these to work great for nap times, as they are extremely absorbent. For extra absorbency, a “doubler” can easily be added.

Fitteds do tend to take longer to dry because of their thickness, but we will usually just put it through the dry cycle and then hang it to dry the rest of the way over our couch or on a line.

Some brands of fitted cloth diapers include Thirsties, Under the Nile and Ecobaby.

All In One diapers (AIO) are most like disposable diapers both in use and construction. It has a waterproof outer layer, with layers of cloth on the inside. 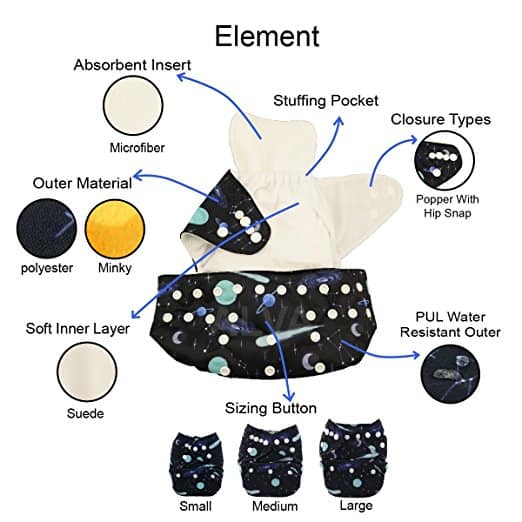 After use, simply remove the entire diaper and put it in the pail for washing! AIOs are simple to use and easy for anyone to put on a baby. Drying times depend on the design of the AIO.

Great things about the All In Ones are they are easy to use, convenient, very absorbent, and generally aren’t bulky. The downfall is that they do cost more – sometimes drastically more – than other cloth diapering options. Users of AIOs will attest that they are worth every penny!

Pocket Diapers are fast becoming one of the most popular styles to date. There are two parts to a pocket diaper. There is a waterproof outer layer lined with a soft cloth inner layer and the second part is an insert, often microfiber to go inside the pocket.

An added convenience with pocket style diapers is the ability to use prefolds, flats, or most any type of absorbent insert inside of a pocket. These are also going to be pricier than your traditional pin-on diapers, but are still less than disposables and the convenience is great.

Some popular brands of pocket diapers include BumGenius, Wahmies, FuzziBunz and Happy Heiny’s.

While we use a variety of diapers, many people will choose one type or brand and stick with using that one. We started out trying a few different kinds, so we have continued to use a variety. Either way, we know we are helping to protect our children, environment, and our wallet.

One more thing to add is that while you are using the cloth diapers, it makes sense to also use cloth wipes. The laundry can be combined, and you will save even more money!

You can use warm water, make a natural wipe solution, or use a wipes solution that many WAHM’s offer.

Spend $24-$50 on wipes and you won’t ever need to buy anymore! Some are made of flannel, some of bamboo, but my favorite are velour wipes. They stay so soft and feel much better against your baby’s skin. My favorite brands are Jolly Bum Wipes (cotton velour) and Little Bean Diaper Wipes (organic bamboo velour).