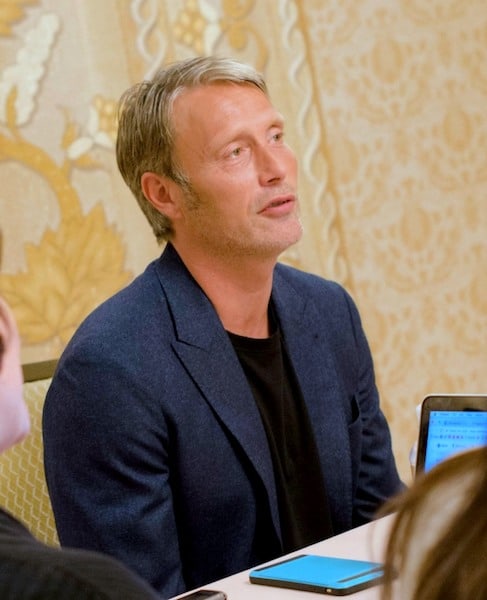 Mads Mikkelsen has had an impressive career, and it’s only getting better!

From playing the title character on TV’s Hannibal to a long list of other roles, a quick glance at his history shows that he has experience playing the villain. 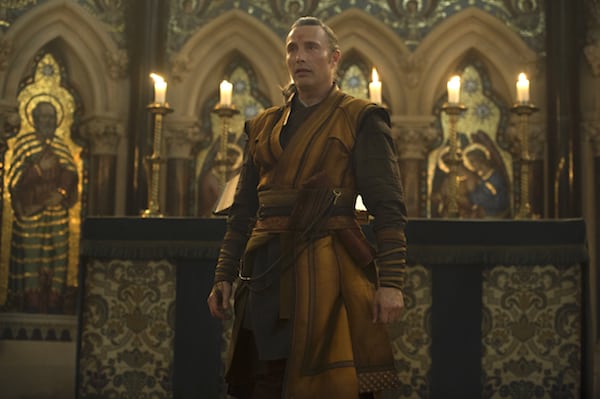 I am to a degree [in the US], but if the alternative is to work, I’ll take the villain. Luckily I do a lot of different things back home in europe, so I’m not starving in the sense of “Why am I always the villain?”

If it’s this kind of villain, I’ll take it any day.

How do you tap into being a villain?

It’s obviously in the script somewhere, and you lean into the script.

For me, the script is the most important tool. From there I’ll develop the character with the director.

Is there anyone in particular who has influenced you in your villainous roles?

I’m not comparing myself at all, but some of my favorite actors have been playing villains as well. Christopher Walken is a hero of mine. I think he has the ability to make the bad guys likable.

Some great actors can do that. The Joker is a fantastic example. We love to hate him, you know.

Do you prefer the villain or the superhero?

I’ll take the villain. In terms of playing characters, I think that any good hero or any good villain has to be interesting; has to have both sides of the coin. I think that’s what Marvel always does. 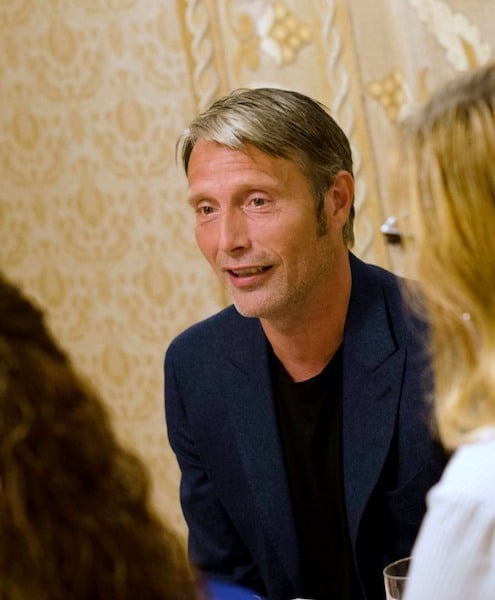 Why did you want this role of Kaecilius in Doctor Strange?

It’s Marvel! Scott Derrickson was pitching the story on the phone and he said, “It’s a lot of Kung Fu stuff and flying, but don’t worry, we have stunt guys for that.”

Marvel and flying Kung Fu? I always wanted to be Bruce Lee when I was a kid. I had to wait until I was 51 years old to be a slightly older version of him. A less good version, of course, but it was fun. It was something I’ve always wanted to do.

How did you prepare for your role ?

We had a lot of preparation from the very beginning with the stunt guys. We were taught some basic martial arts things that we’d do again and again in the film.

Having fairly small people teaching bigger people…we felt like clowns! But I think we did our best and we came after it, but it was a long preparation period.

Did you have a favorite Marvel superhero as a kid.

I remember Doctor Strange and I like it, but I think I was too young to understand that he was quite intellectual, so there were certain things I didn’t get. 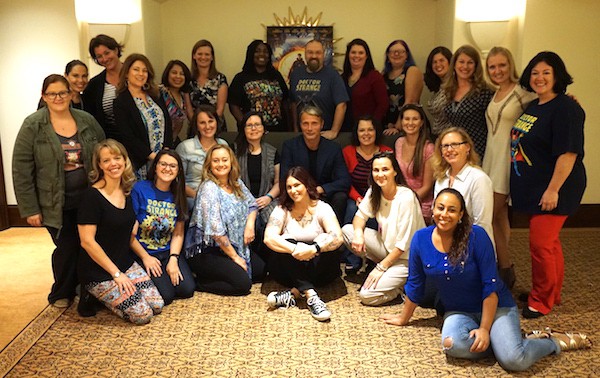 This was definitely not Mads Mikkelsen’s last press junket. You can see him playing Galen Erso in next month’s Rogue One: A Star Wars Story. But see him sooner when Doctor Strange opens in theaters everywhere on November 4th! Get your tickets now. 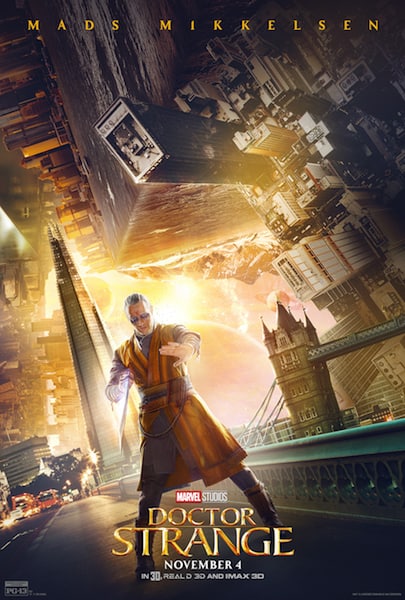