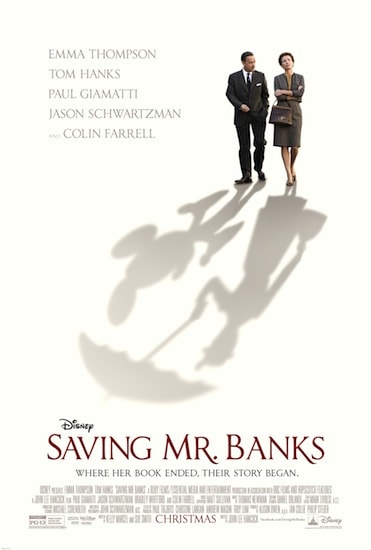 The last time I wrote about Saving Mr. Banks I said that it looked like the film was going to be magical. With the debut of this fabulous new movie poster, I know I can’t be alone in my thinking!

You can see the Saving Mr. Banks trailer here. (if you haven’t seen it yet, prepare to be amazed at how great Tom Hanks is going to be as Walt Disney!)