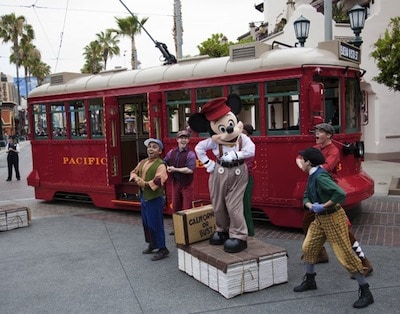 I recently visited Disney California Adventure Park at the Disneyland Resort. I was completely enamored with the park from the moment I walked in with the rest of my press group, and the feeling was almost entirely because of the new Buena Vista Street.

Buena Vista Street is the 100% redesigned entrance to Disney California Adventure, and it brings the magical spirit of Walt Disney into the park in a different way than ever before. 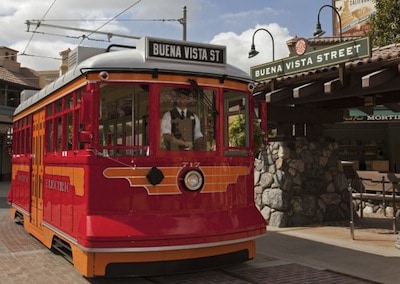 Created to feel reminiscent of Los Angeles at the time when Walt Disney arrived in California, Buena Vista Street captures the feel of the 1920's with the lightness of everything Disney.

One of the most talked-about aspects of the new Buena Vista Street are the Red Car Trolleys that run the length of the street and add another dimension to the already authentic, nostalgic feel of the park entrance. The trolleys really are beautiful, but I didn't truly appreciate them until I read up on how they were created and integrated with Buena Vista Street. 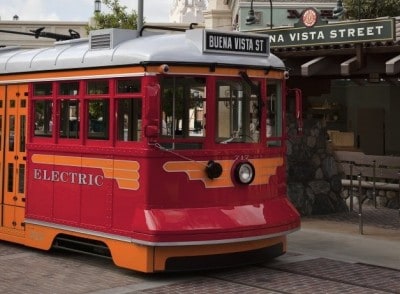 Straight from the Disneyland Resort, here are 10 fun facts about the Red Car Trolleys of Buena Vista Street:

1. The Red Car Trolleys are inspired by Los Angeles' historic Pacific Electric Red Cars from the 1920s and 1930s.

2. Two red Car Trolleys operate each day, and they move gurest from Buena Vista Street, through Hollywood Land all the way to the Twilight Zone Tower of Terror. They stop several times along this route.

3. The trolley interiors showcase the light green and cream colors of the 1920s and 1930s. Interiors are also decorated with vintage-style ads highlighting food locations throughout the park.

4. Each Red Car Trolley has a bell and a whistle, which adds to the authentic and melodic sounds of Buena Vista Street.

5. The “Red Car News Boys” is a musical show performed on Buena Vista Street. The “News Boys” are inspired by the Broadway musical, Newsies, and they roll to their performance space on a Red Car Trolley.

10. Each Red Car Trolley has seats for 20 guests with additional room and accessibility for a wheelchair. 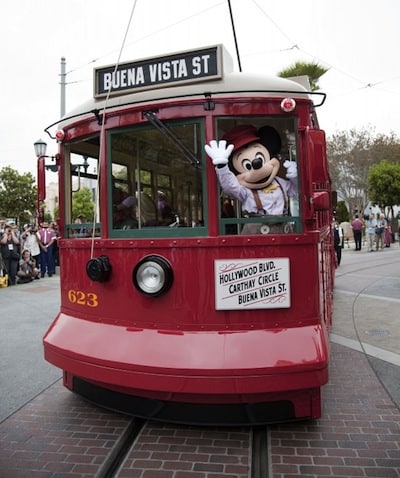 I didn't have the opportunity to ride the Red Car Trolleys during my visit, but I was happy to see them running more than a few times throughout my day at the park. I'm hoping to go on a family vacation to Disneyland sometime within the next year, and I will definitely be hopping on a Red Car Trolley during my next trip!

Disclosure: Disney provided my transportation, accommodations and covered most expenses for this event. All opinions expressed are entirely my own.