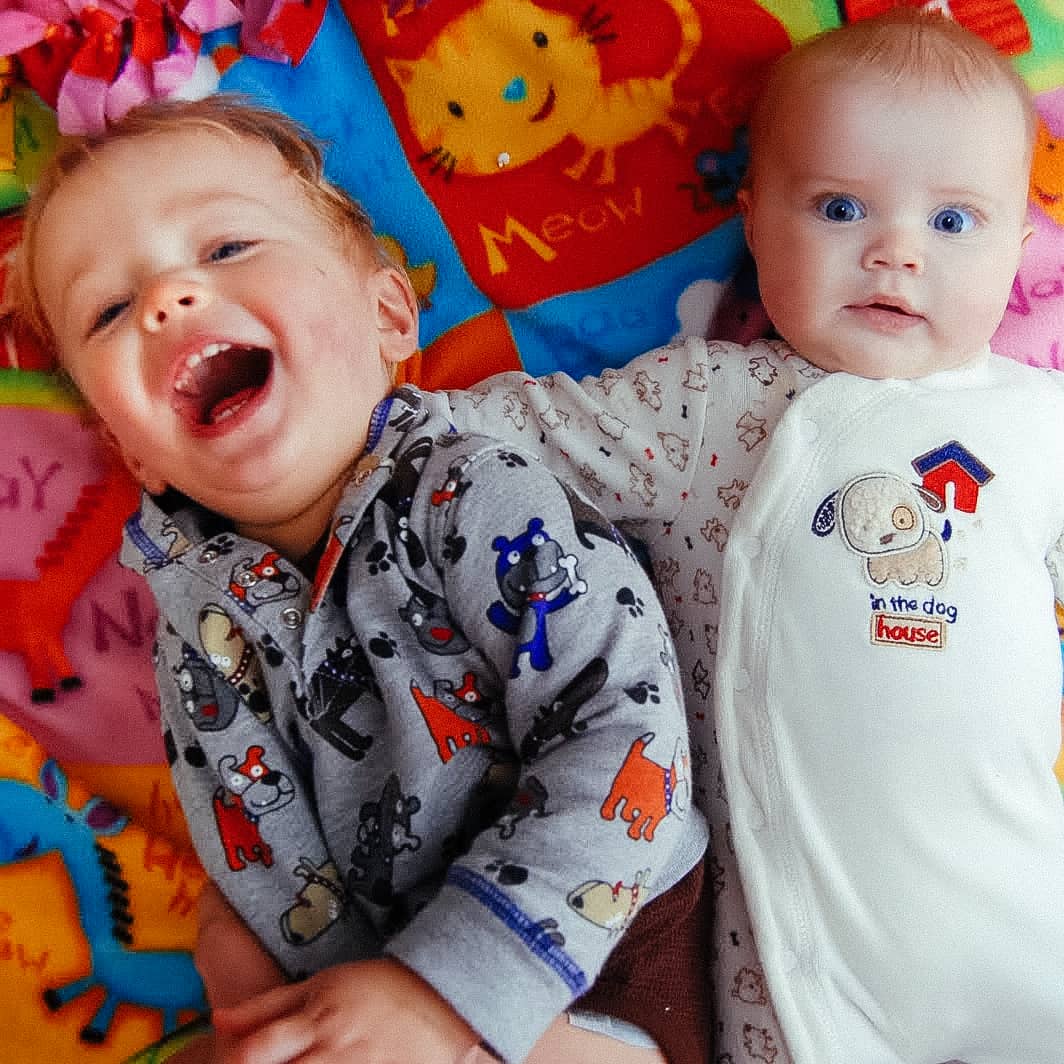 Hi. I’m Marybeth Hamilton and my babies were born 12 months and 5 days apart. That means my husband and I had 2 under 2 (two babies under two years old) for almost a full year.

There was actually a short period of time near the due date of my second baby where we were preparing for “two under one.” At that point it was hardy a difference, but the very idea of two babies under a year old was enough to make my 9-months-pregnant brain go into panic mode! 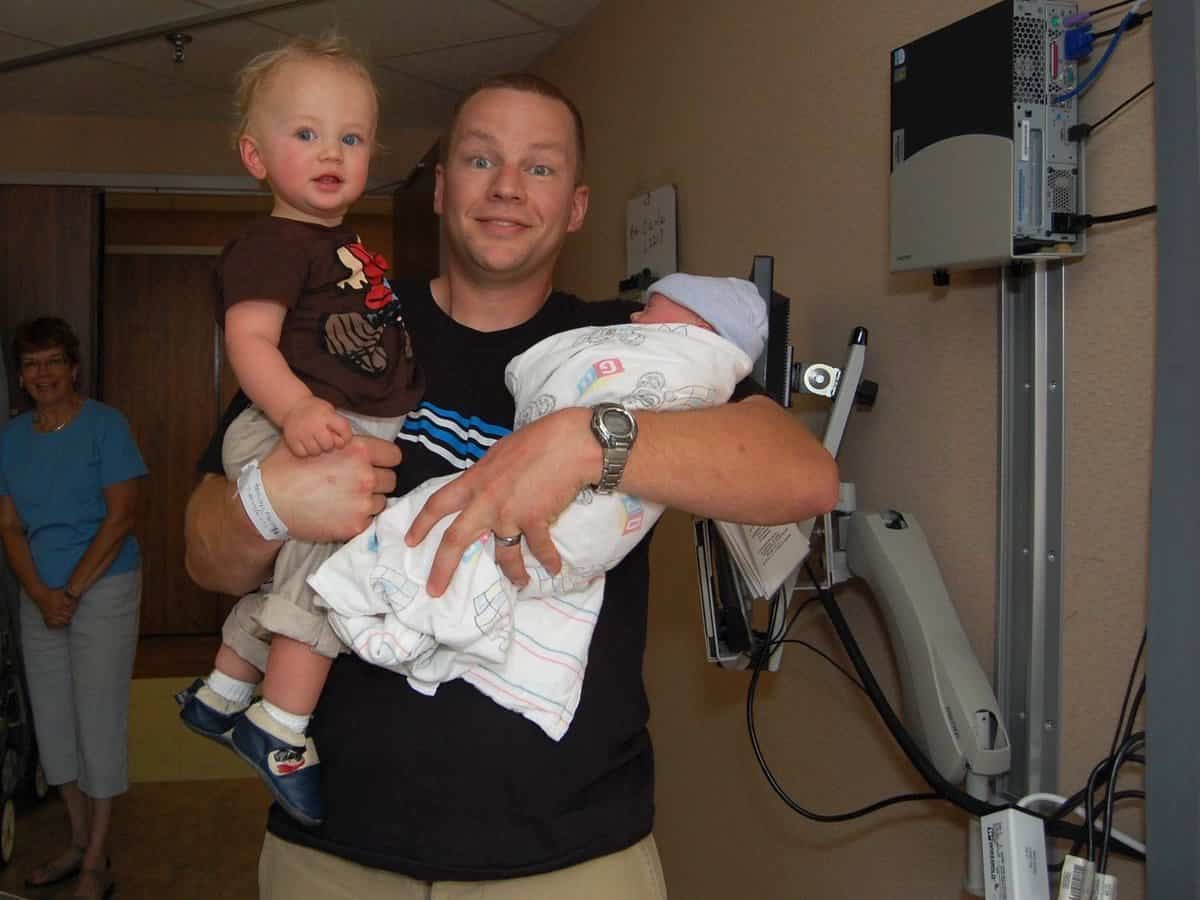 The first thing people ask me when they find out we had 2 under 2 was, Did you plan to have 2 under 2? It’s a personal question, and I could certainly keep my answer private. But I don’t mind. The fact is, James and I did plan to have our kids as close together as possible.

In hindsight, it seems crazy that we were already planning on having a second baby before our first was born. We didn’t know what my third trimester would be like. Neither of us had any experience with labor or childbirth. We certainly had never cared for a newborn.

But we stuck to our plan. 12 months and 5 days after Haiden was born we had Piper in our arms. And we officially had 2 under 2.

As it turns out, most of the time, having 2 under 2 was easier than I had imagined it would be. Bringing a sibling home for Haiden didn’t faze him–I’m pretty sure that was because he only 12 months old! 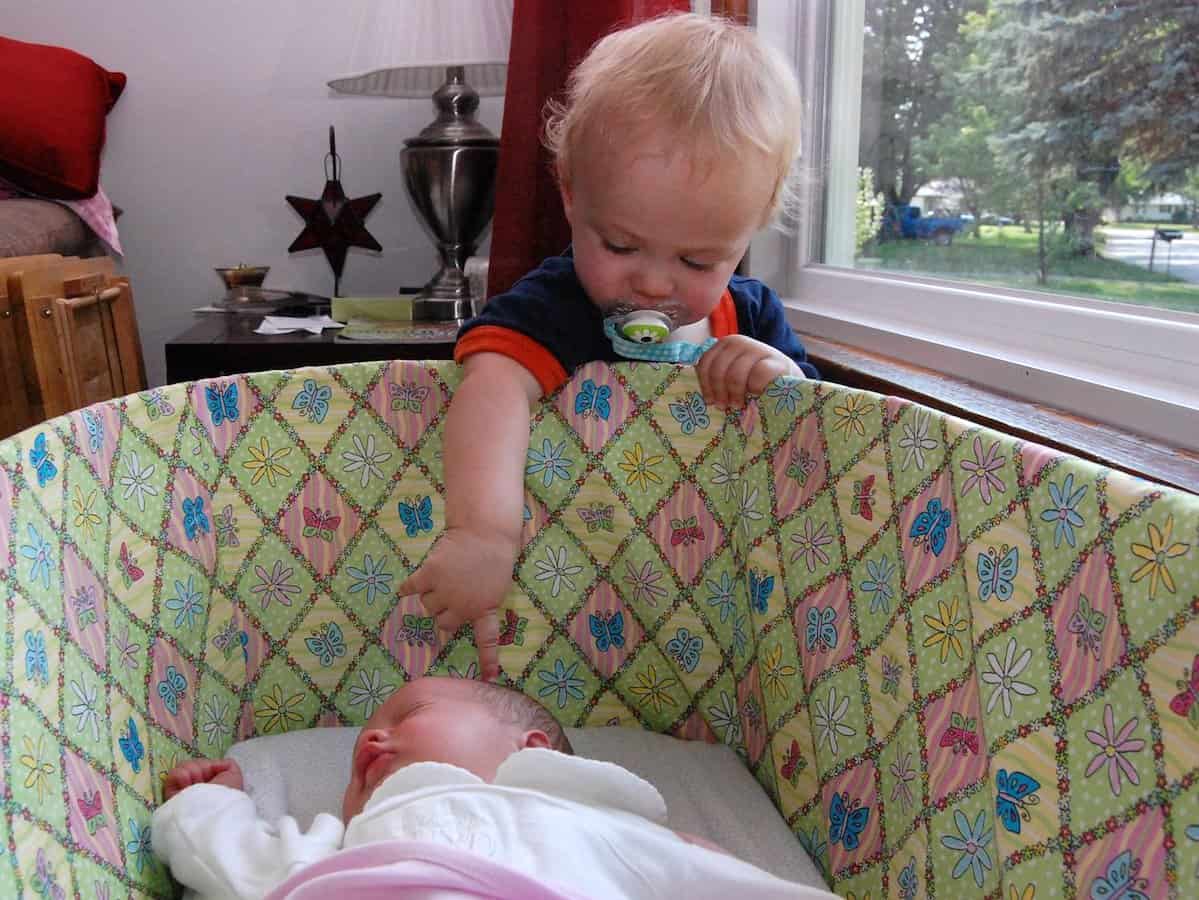 Piper was also an incredibly easy infant to care for. As long as she was being held, she slept away much of the day. I realized that I was doing pretty much exactly the same thing I’d be doing if I just had Haiden with me; the only difference was that I was holding a baby!

James and I did have a few things that helped us adjust to having 2 under 2. A few times I really think they saved the day!

The first thing that really helped was having two bassinets when Piper was born. We already had one ready for our bedroom so the baby could sleep next to me. the second one was for our living room where all of us spent most of our time. 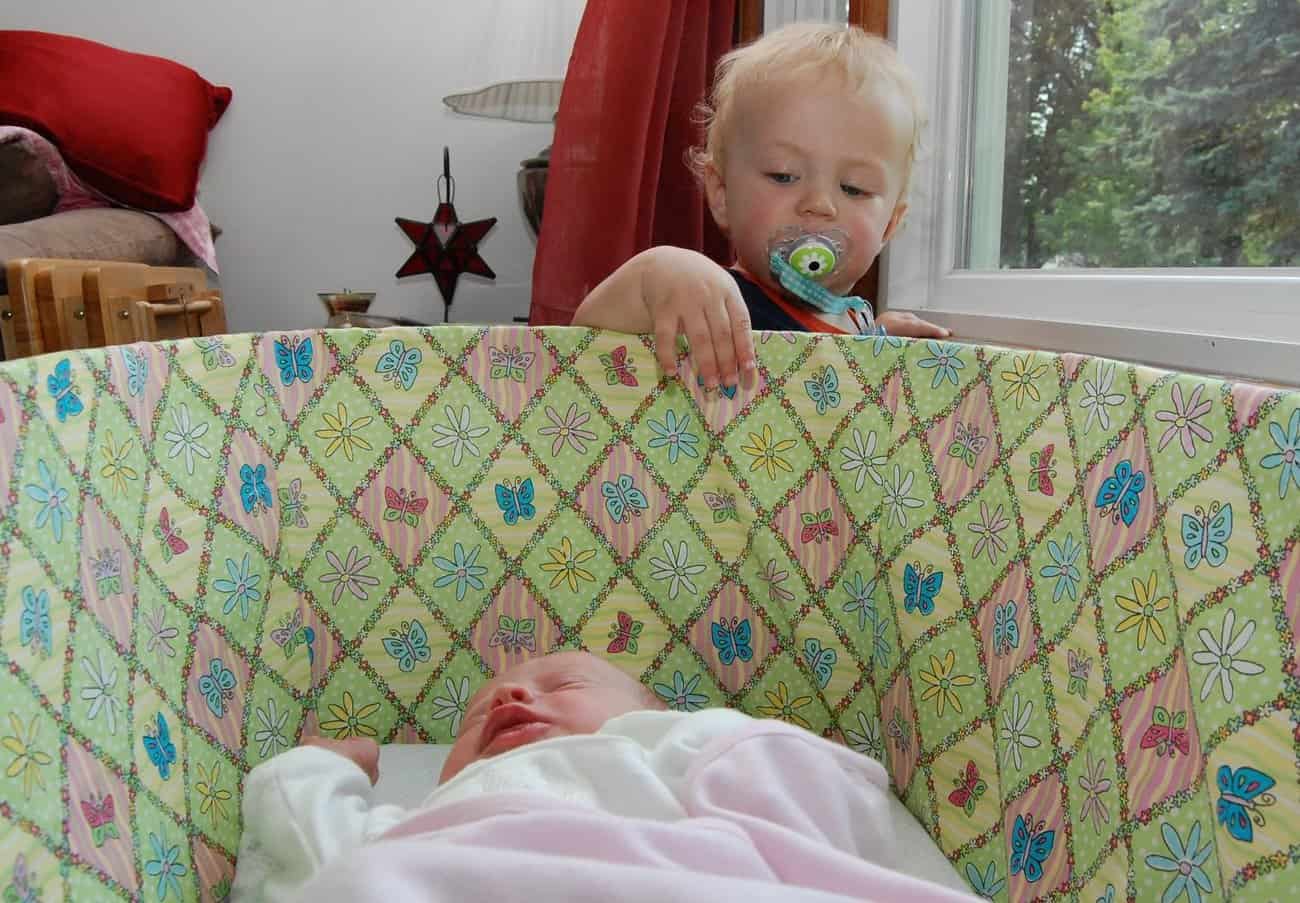 The second bassinet in the living room was a safe place to put Piper down if I had to leave the room. I could wheel it into the kitchen for meal times or into other rooms if I needed a “baby holder.”

I could totally get by with one portable bassinet, but I bought it used and it was a tiny expense. Plus, I was recovering from a c-section and I had a 12 month old to care for. That extra bassinet was priceless!

I don’t think we’re the only family who spends most of our time in just a few rooms in our house. For us it was the living room, and it only became more pronounced as our family grew.

When Haiden became more mobile we put a gate up to keep him from going up the stairs from our living room to the bedrooms and bathroom.

When Piper was born I really wanted to keep Haiden in the same room with us, so I invested in another gate (over 6 feet long!) that blocked off our living room from our kitchen. Being able to take my eyes off my 1-year old to tend to the baby was a huge deal!

Having 2 under 2 isn’t the same as having twins. Even at 12 months apart Haiden generally used and needed very different things than what Piper needed. But one thing that we started using much sooner with Baby #2 was a high chair.

Haiden was nowhere close to outgrowing the high chair when we figured out that it would be nice for Piper to sit in it during mealtimes. So a second high chair was purchased. It was used several times a day for years, so it was definitely worth the money! 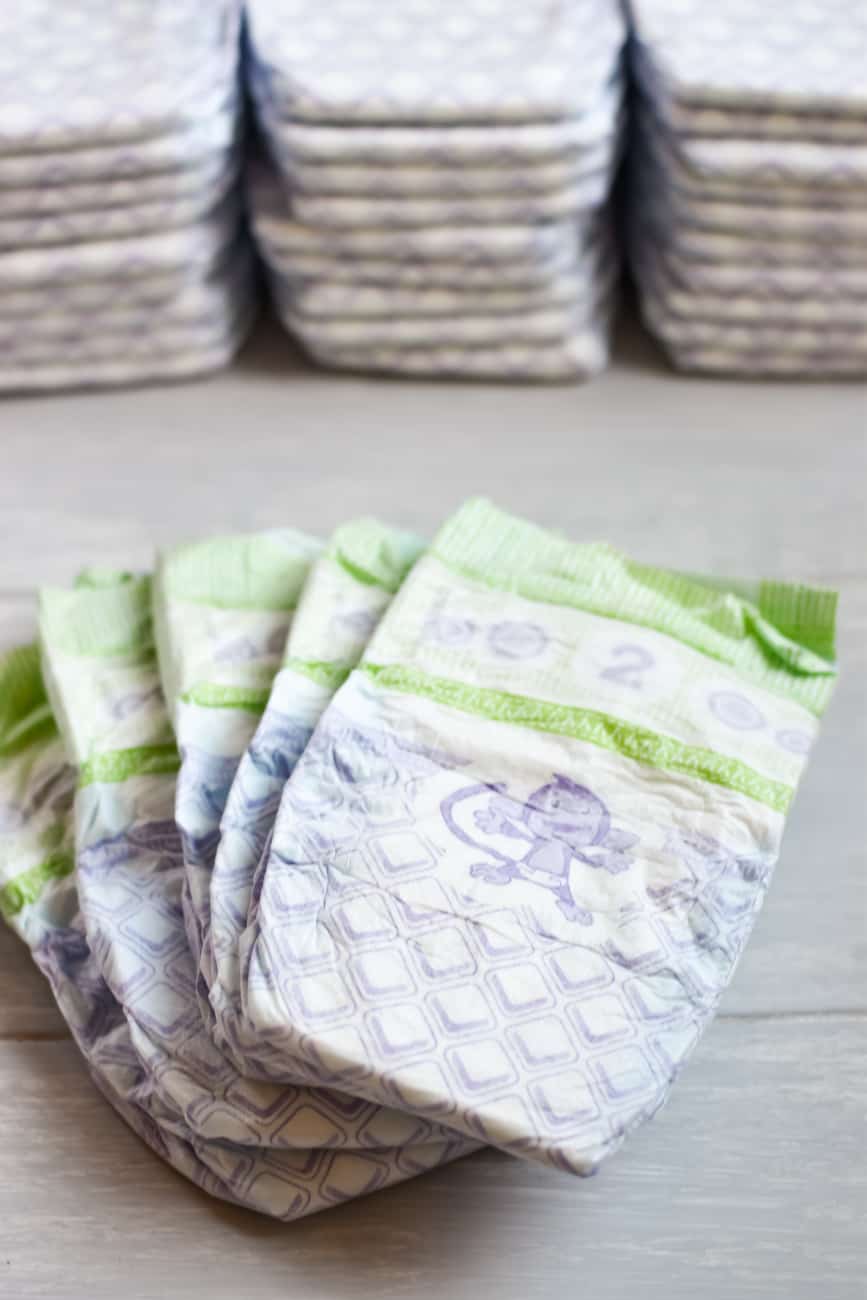 One thing this mom of 2 under 2 absolutely needed was diapers, and I never turned down the best opportunities for high-quality diapers at extra low prices!

Right now you can shop at SamsClub.com or on the Sam’s Club app for a limited time and get an additional $3 off Luv’s Ginormous boxes of diapers. That means name-brand diapers are as low as $0.11 each for a five week supply! 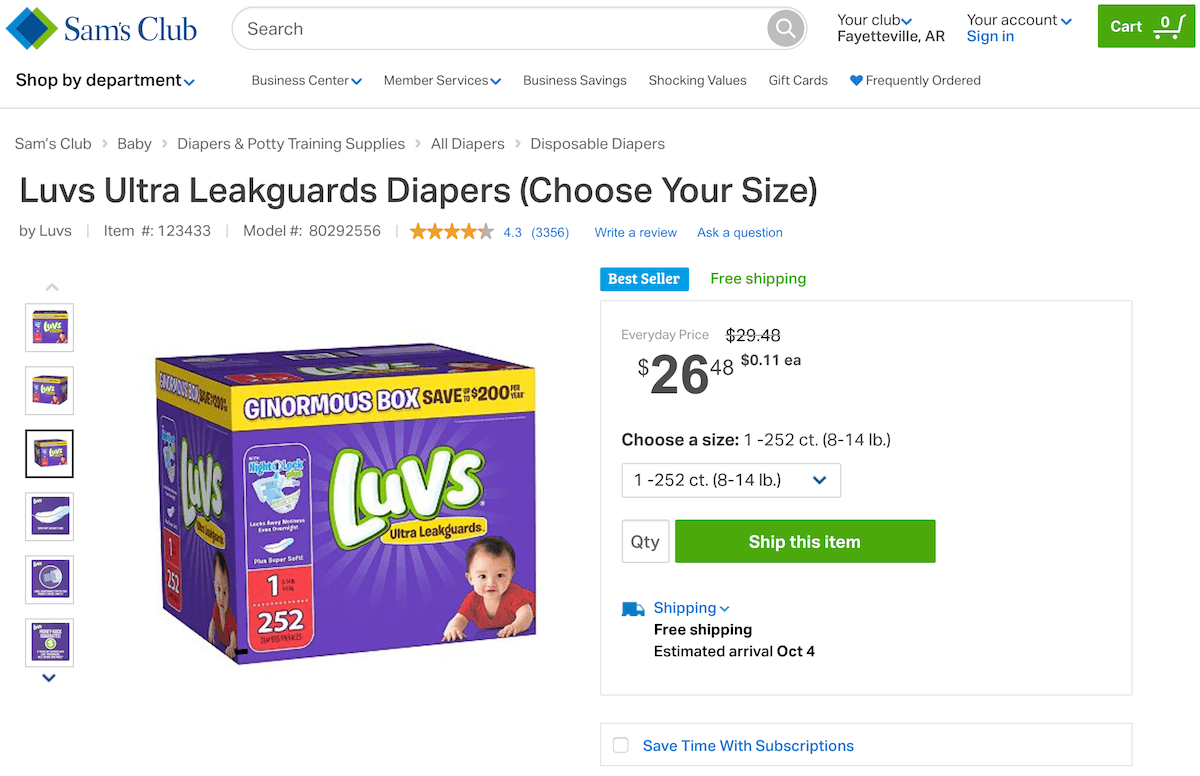 How to save big on Luv’s Diapers:

What sort of advice would you give to parents with 2 under 2? Leave a comment and share your tips!

This is a sponsored conversation written by me on behalf of PG. The opinions and text are all mine.