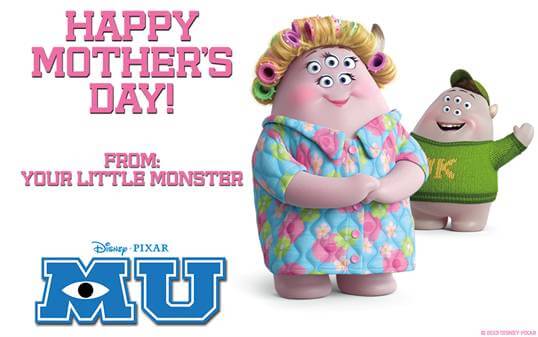 Disney, Monsters University and I want to wish all the amazing moms and moms-to-be out there a very Happy Mother’s Day. I hope you had a great day!