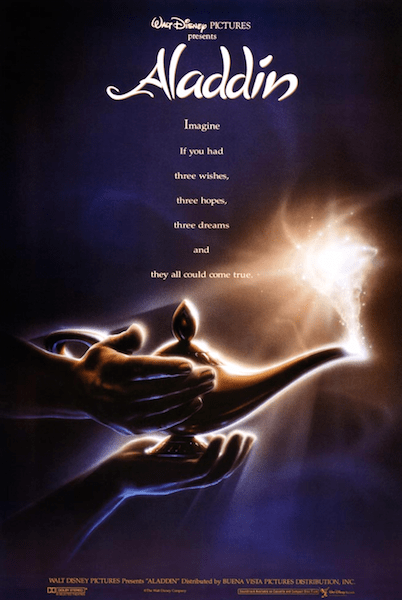 There was a magical time in my tweens when Disney came back into the spotlight.

As a younger child I had seen all the classics (Snow White and the 7 Dwarfs, Pinocchio, Dumbo) but there was a lull in truly magical Disney movies between the time I was born until I saw The Little Mermaid. It was then that I realized Disney was still capable of making magical movies. From there, I was hooked!

Aladdin is an especially magical Disney movie that I can’t help but watch whenever I see it. It has so many elements that make it close to perfect: a great story with humor, romance, beauty and suspense. 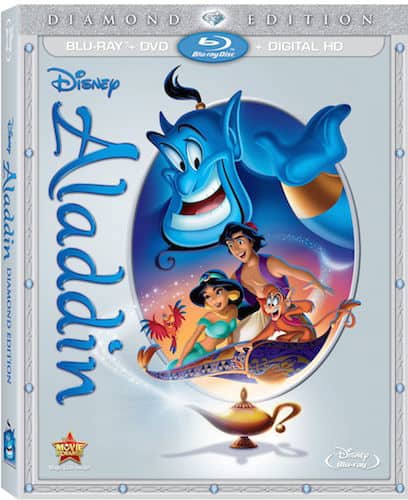 In the years since I first saw Aladdin on the big screen, I’ve owned it on both VHS and DVD, and now I’m thrilled to own Aladdin Diamond Edition on Blu-ray and DVD!

Haiden and Piper just watched Aladdin for the first time the day we opened the Diamond Edition. I watched it with them and it was just as wonderful as the first time I saw it.

Of course, watching any great film with young kids who have never seen it before is a joy in itself, and I loved seeing how much they enjoyed it. 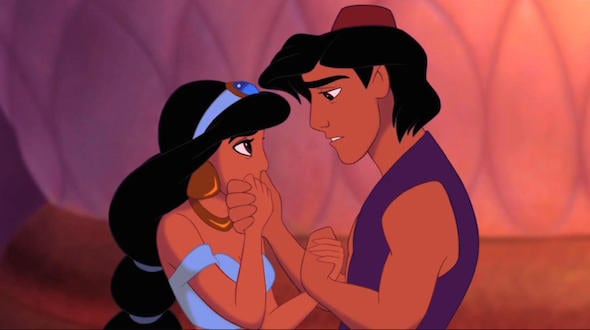 I’ve also delighted in hearing Piper hum A Whole New World (I’ve never tried to hide my love for Alan Menkin) for days after we watched the movie! 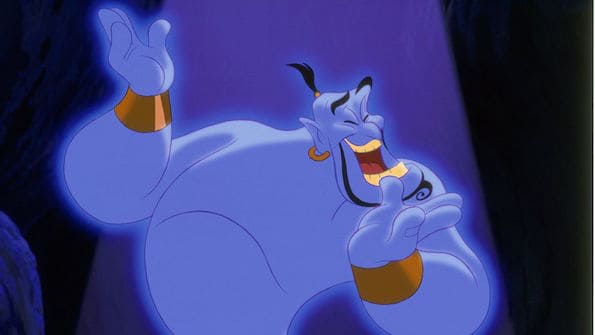 I think Aladdin Diamond Edition is a must-have for any Aladdin or Disney fan, but anyone who’s seen Aladdin must see the amazing cuts and outtakes of the late Robin Williams voicing the Genie in the Blu-ray and Digital HD bonus features!

Disney’s beloved masterpiece will make your heart race and your spirit soar.

And now Aladdin shines even brighter with never-before-seen tributes to the enchanting talent of Robin Williams, the “Genius behind the Genie”