As soon as I received the invitation for the Jumanji press junket I knew it was going to be amazing.

After a fantastic Oahu helicopter tour, interviewing Jake Kasdan and Matt Tolmach and screening the movie, I was beyond ready for our interview with most of the leads from Jumanji: Welcome to the Jungle!

About Jumanji: Welcome to the Jungle

In the brand new adventure Jumanji: Welcome to the Jungle, the tables are turned as four teenagers in detention are sucked into the world of Jumanji.

When they discover an old video game console with a game they’ve never heard of, they are immediately thrust into the game’s jungle setting, into the bodies of their avatars, played by Dwayne Johnson, Jack Black, Kevin Hart, and Karen Gillan.

What they discover is that you don’t just play Jumanji –Jumanji plays you. They’ll have to go on the most dangerous adventure of their lives, or they’ll be stuck in the game forever…

This interview was so great, and being in the room with four amazingly talented individuals was fantastic! Here’s who participated in the interview:

Q: There are multiple themes in the movie: teamwork, self-sacrifice. Which theme did you like the most in Jumanji: Welcome to the Jungle?

Karen Gillian: I think my favorite theme is embracing who you are. These four teenagers have difficulty doing that. It isn’t until they inhabit the bodies of other people that they’re able to really appreciate their own attributes and personalities.

Then they just have to find a way back to them. It’s a very important message to embrace all your weirdness and awkwardness and just be.

Dwayne Johnson: The ideology of being who you are and understanding the most powerful thing and the hardest thing that we can be is being ok with you are. Especially as it relates to our kids. How hard high school was for us and how difficult high school is for kids today.

the other one is the notion of friends who are from different pockets and different cliques who wouldn’t necessarily get along and be together. All of a sudden not only do they come together but they learn to work together and then realize that they like each other and want to stay together by the end of the movie. It’s a really good message.

Jack Black: I think a great theme is not judging people by their outward appearance. The use of the avatar in Jumanji: Welcome to the Jungle lent itself to that theme.

Looking outside of people’s cliques and their place in the high school world, and looking deeper into their hearts to see the strength in character is a big deal in the movie, and it’s my favorite message.

Nick Jonas: The irony of it is that the characters get sucked into a game but once they’re in, there’s no phones, no technology, no way to communicate with the outside world.

So much of our world today is consumed by what we see on our phones and tv. To be able to connect with the people in front of you and build these relationships and friendships is incredibly important.

Q: (to Nick Jonas) Did being in an action movie come naturally to you? How did you gravitate to this role as Alex?

NJ: I would love to say I chose it. I read for this role. I was such a huge fan of the original movie, and when I saw Jumanji on the script I was blown away.

My first day on set of Jumanji: Welcome to the Jungle was my biggest scene. It was my dialogue to introduce who the character was and some important beats. Everyone was really patient–it was such a warm set, and it’s something I’m really thankful for.

Q: What was working with the teenage counterparts to your characters like?

KG: I just think they’re the most incredible actors; I was amazed by all of them! I met the girl who played Martha and we spent some time together. We’d go and eat and I would just try to absorb all of her weird tics and behavior, and I think she was doing the same to me.

Q: (to Jack Black) How did you work out your role as Bethany?

JB: You know we never actually shot scenes together, so we never worked with them. We just got to meet at the table read. I asked her about the TV shows she watched and music she listened to. She told me to check out Teen Wolf, and she’s really into John Mayer.

So I listened to some John Mayer and I watched Mean Girls.

But mostly I had done all my research in the late 80s when I was in high school. So I was just able to go back into my memory banks. Sometimes my own high school character had some 1980s things to her. The main part of my job was not sounding like a 1980s girl.

DJ: Just from my perspective and coming on set and seeing this whole cast come together. The idea of a body swap works well when it’s done well in Hollywood. But the idea that we do it with a big cast like this…

What Karen was able to do with her role. When we got to set on the very first day, we realized very early on that she’s in short shorts and showing a lot of skin. But I give Karen a lot of credit.

She had enough poise in knowing that it’s ok. That she was going to explain it and it’s going to be understood. Because when initial photographs started coming out from the set there was some cynical buzz, like “Wait a second. Why is the girl wearing that?” And she put a silence to it and just said, “It’s ok. I’m going to make sure everyone knows the real deal.”

I had a blast playing this nerdy kid who was extremely insecure, but I’m saving this guy [Jack Black] for last because he was so brilliant.

When we were doing our rehearsals we would all rehearse in and out of character, but Jack saved the magic. He didn’t give us Bethany until the very first day on set.

To see Jack portray this character from the very first take blew us away. We were all looking at each other like, “This is a game changer. We’re witnessing something special.”

The greatest compliment that we’ve all heard about these performances – specifically his performance – is that you never look at Jack and think, “That’s Jack Black.” he was Bethany the whole time and the idea of trying to pull that off is really awesome.

Jumanji: Welcome to the Jungle opens in theaters everywhere on December 20, 2017! Get your tickets today!

Check out some great Jumanji: Welcome to the Jungle gift ideas: 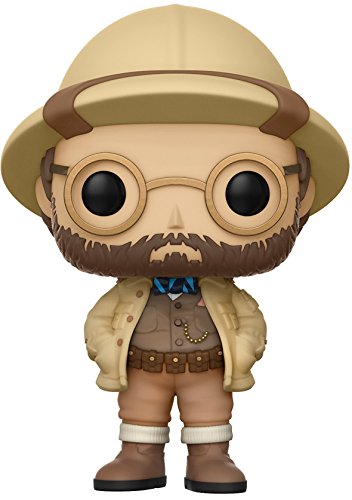 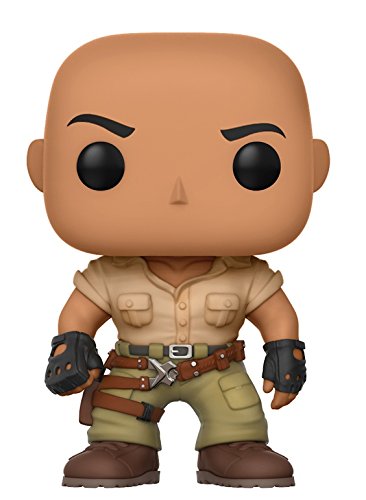 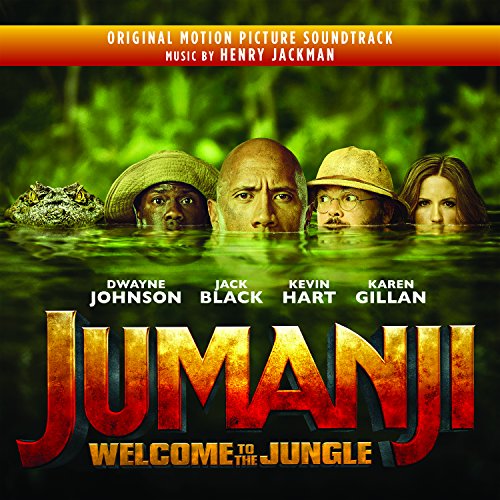 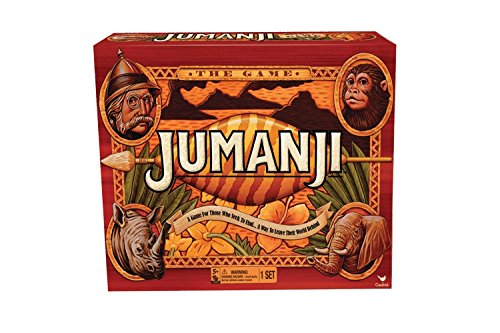 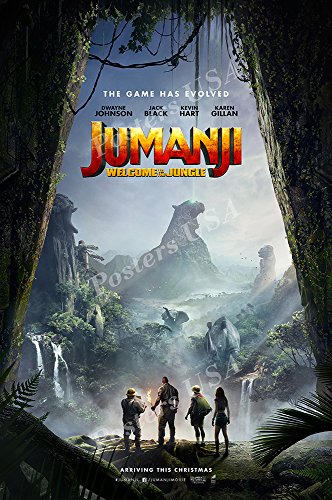 Be sure to watch the Jumanji: Welcome to the Jungle trailer here: