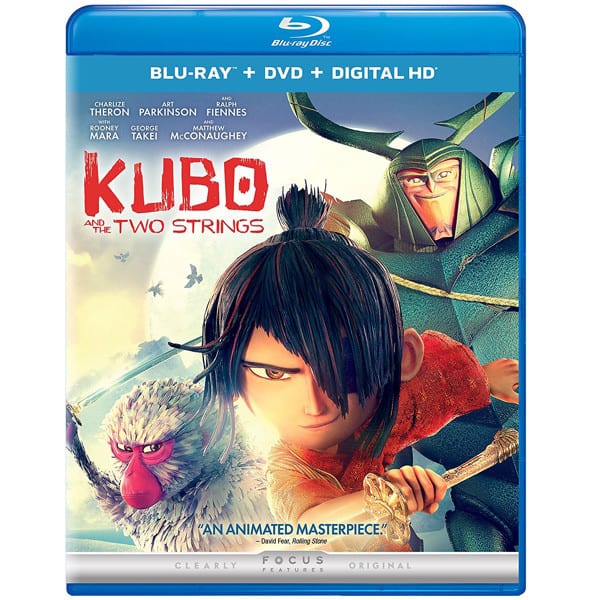 The amazing film Kubo and the Two Strings is now available on Blu-ray, DVD and digital HD!

Im IN LOVE with the origami string lights I received to celebrate “Kubo and the Two Strings” on Blu-ray and DVD!

The team behind the film sent me a beautiful string of origami lights to go with the origami in the Kubo and the Two Strings. Check out this clip from the movie to see what I mean:

Kubo mesmerizes the people in his village with his magical gift for spinning wild tales with origami.

When he accidentally summons an evil spirit seeking vengeance, Kubo is forced to go on a quest to solve the mystery of his fallen samurai father and his mystical weaponry, as well as discover his own magical powers.

“Kubo and the Two Strings” is a wildly imaginative, magical adventure.

Bonus features included with Kubo and the Two Strings (may vary depending on format and version):