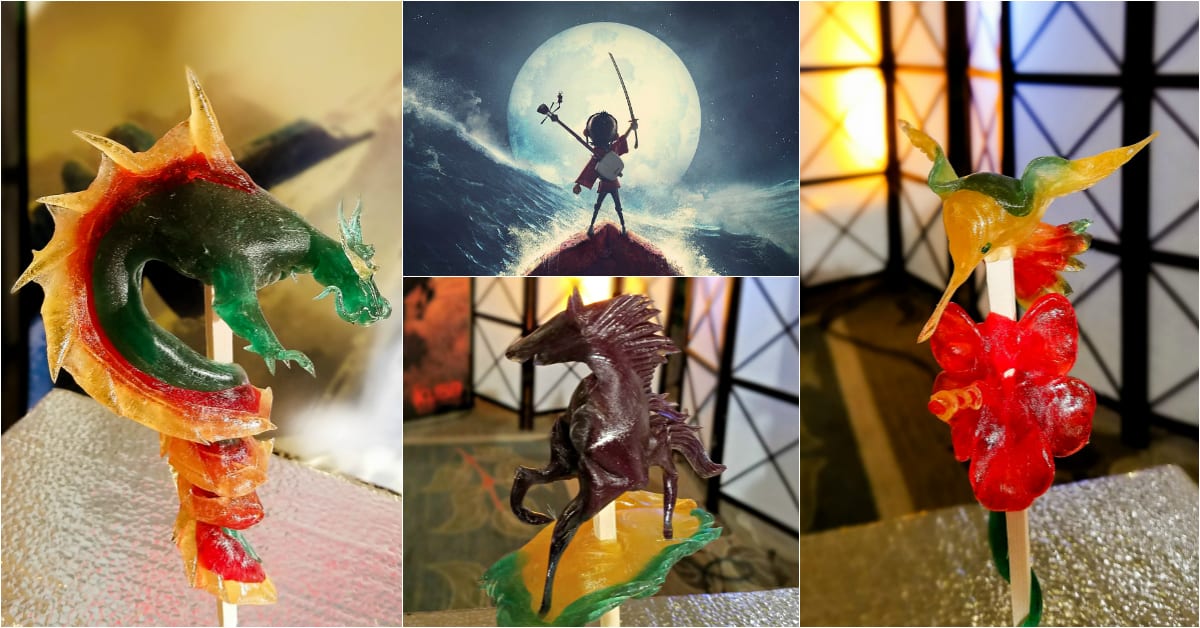 It’s hard to believe I was sitting in a conference room in Los Angeles during the Kubo and the Two Strings junket just a few weeks ago, waiting for these two people to fill their seats: 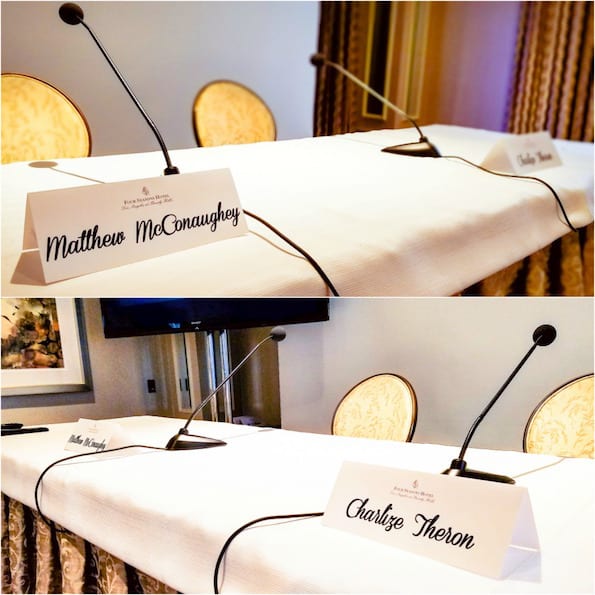 It was pretty exciting to think that I was going to interview Matthew McConaughey and Charlize Theron later that day! 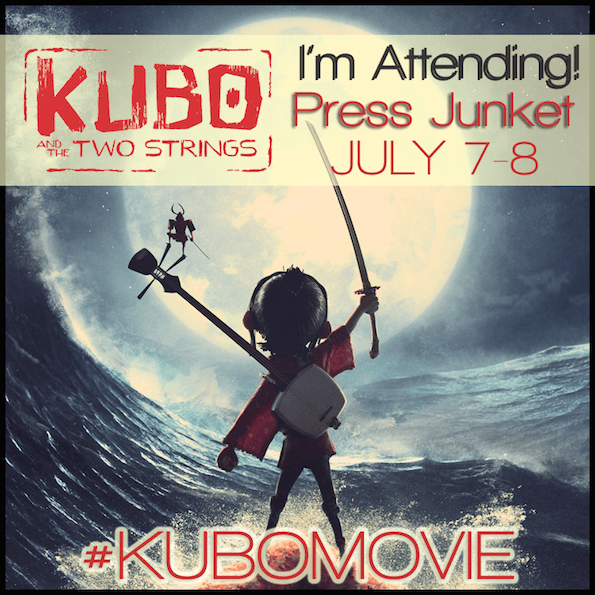 My group of bloggers at the Kubo and the Two Strings press conference had some time in between our interview with the director and the interview with the talent from the film. Luckily, Focus Features had some great entertainment set up for us to take in while we waited.

Origami plays a key part in Kubo and the Two Strings, and a brilliant origami artist was there showing us his talents: 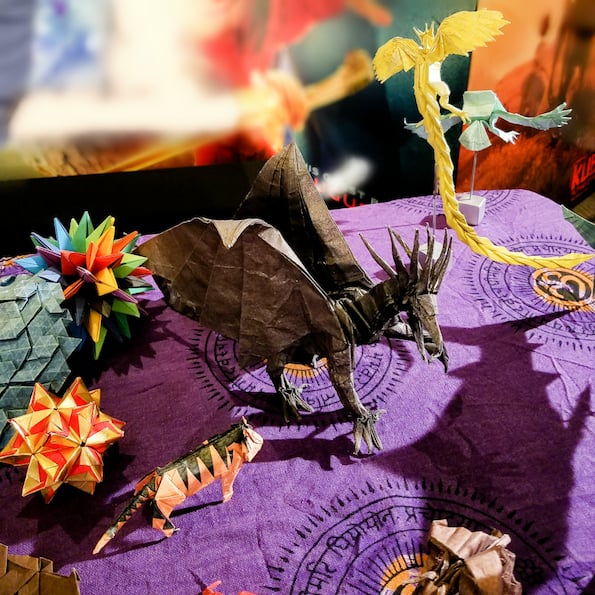 But it was another exhibit that I couldn’t tear myself away from: Shinobu “Shin” Ichiyanagi was demonstrating the art of amezaiku, or Japanese candy craft. It was incredible! 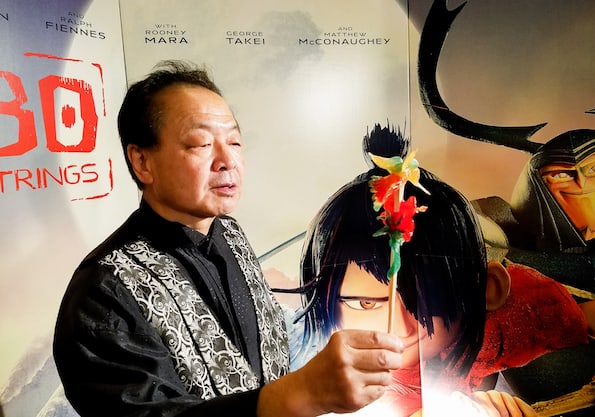 I took home this amazing dragon lollipop that Ichiyanagi had made earlier: 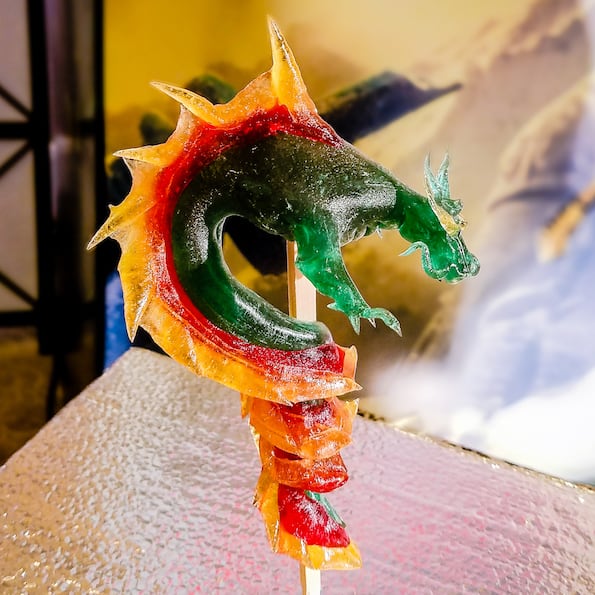 I was also lucky enough to get this video of Ichiyanagi demonstrating the amezaiku craft while making a delicate candy hummingbird. Believe me, it’s a must watch. He is so talented!

After spending a morning taking in all things related to Kubo and the Two Strings I’m even more excited for the movie to be released in theaters!

Kubo and the Two Strings arrives in theaters on August 19, 2016.