↑
Home » Entertainment » Tinker Bell and the Legend of The Neverbeast: A Parent’s Review 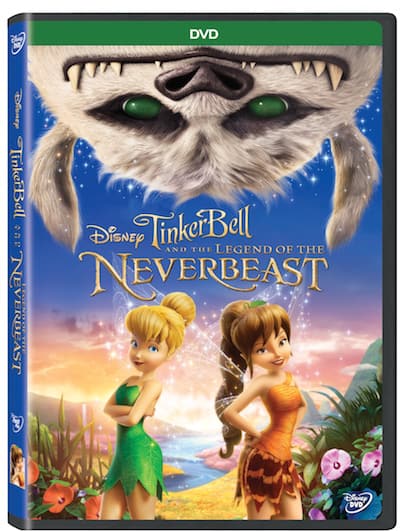 As a big, BIG Disney fan, it's rare for me to be legitimately surprised by my reaction to any animated Disney film. I'm usually so dialed into upcoming releases, watching the trailers, seeing the posters and reading synopsis after synopsis that I already know how I'll generally feel about the movie.

But Tinker Bell and the Legend of the Neverbeast was a different story altogether. Like past Tinker Bell movies, I knew it would be sweet, cute, funny and probably a little bit sassy.

As a parent, I also appreciated that the story would likely be wrapped up in lessons of friendship, community and helping others (Something Disney does really well!).

I was right about all that. Tinker Bell and the Legend of the Neverbeast was certainly cute and funny. There were a ton of sweet moments, and it was fairly light on the sassiness (which made me happy ☺).

In addition to the great messages it communicated about friendship and helpfulness, it also threw in a generous dose of believing in faith, trust and, well pixie dust!

But let me tell you, I didn't expect Tinker Bell and the Legend of the Neverbeast to reel me in faster than it got to my kids! Almost a week after watching it the first time I'm still thinking about it and I want to see it again. 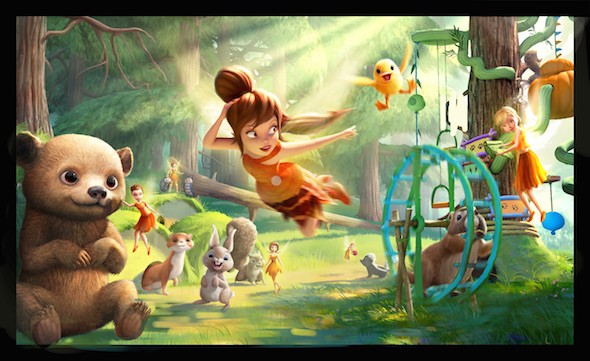 Return to Pixie Hollow for the heartwarming and humorous adventure “Tinker Bell and the Legend of the NeverBeast”!

An ancient myth of a fabled creature sparks the curiosity of Tinker Bell and her good friend Fawn, an animal fairy who’s not afraid to break the rules to help an animal in need.

But this creature – massive and wondrous with glowing green eyes – is not welcome in Pixie Hollow – and the scout fairies are determined to capture the mysterious beast, who they fear will destroy their home.

Fawn, who sees a tender heart beneath his gruff exterior, must convince Tink and her fairy friends to risk everything to rescue the NeverBeast.

In the story, Fawn shows herself to be a surprisingly strong character: she's inquisitive, compassionate, persistent and respectful of her friends. Those are all qualities I'd love to see my own kids possess, and she's one of the best animated role models I've seen for younger girls and boys. 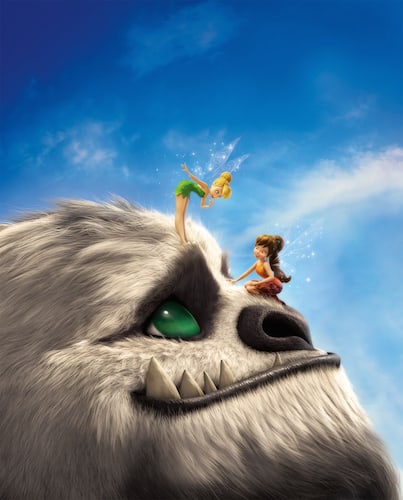 It's her compassion and friendship that really got to me. I'm not about to throw in any spoilers, but I definitely cried the big ugly cry at the end Tinker Bell and the Legend of the Neverbeast. My husband isn't ashamed to admit that he did, too.

It wasn't a huge surprise that the bonus feature, 5 Essential Ingredients to Getting Gruff, included in the DVD and Blu-ray of  showed Lawrence Gong, the Head of Story for the movie, sharing this incredible tidbit of information:

Our ending was so strong…we showed it to John Lasseter [Chief Creative Officer at Walt Disney Animation Studios, among other things] and he said we need to earn that ending.Be sure that the rest of the film lives up to that ending.

That's what we spent the last year and a half doing.

Watch Tinker Bell and the Legend of the NeverBeast, and be sure to watch it all the way to end. I loved this movie far more than I expected I would, and I can't wait to see it again!

The Blu-Ray Combo Pack of Tinker Bell and the Legend of the NeverBeast (with DVD, Blu-Ray, Digital HD and Disney Movies Anywhere) includes these bonuses:

My Dad’s Movie: The True Story of the NeverBeast: Director Steve Loter takes us on a personal journey of how his young daughter taught him life lessons that became the story for “Tinker Bell and the Legend of the NeverBeast”.

Jeff Corwin’s Guide to Real-World NeverBeasts: From high above the trees to the darkest depths of the ocean, Jeff Corwin takes you on a wild adventure around the world where you will discover some creatures that actually exist in the real world.

Tink’n About Animals: From a float of crocodiles to a mob of kangaroos, Fawn breaks down animal groupings by singing her own catchy song.

Tinker Bell and the Legend of the NeverBeast is available in a 2-disc Blu-Ray/DVD/Digital HD combo pack with an MSRP of $36. It's currently on sale for $22.92. That's 38% off the list price!