↑
Home » Entertainment » Yoga at The Four Seasons in Hawaii 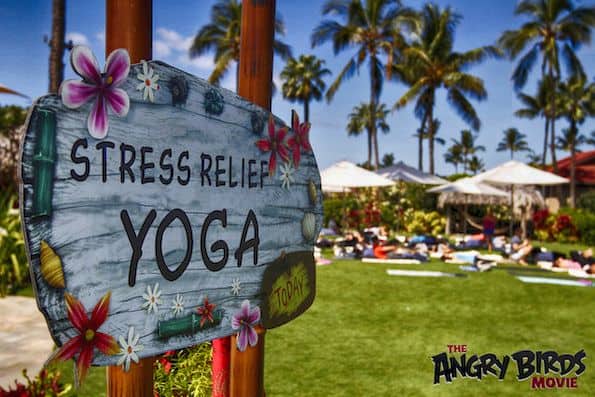 It’s pretty great to be walking through a resort in Hawaii, seeing that sign and knowing that yoga at the Four Seasons Resort Maui is next on your list of things to do!

As anyone with curly hair knows, before I did anything that day, I had to figure out what to do with her hair!

Humidity and packed agenda including yoga, ziplining at the Maui Zipline Company, and a luau with celebrities meant I needed a style that stayed in place throughout the day and kept my hair tame. 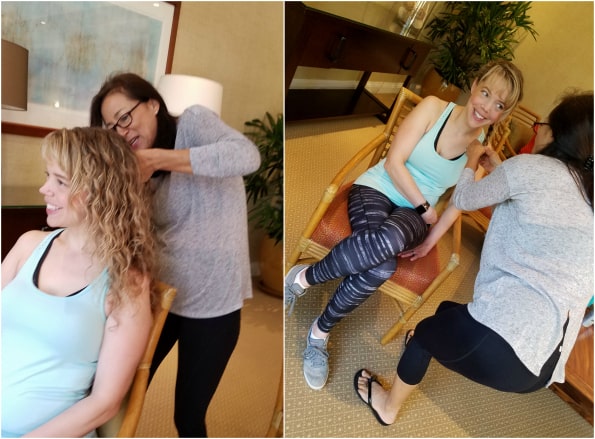 Thankfully, Sony provided a hair and makeup artist to help us out. I didn’t need makeup, but I was happy to have my hair braided just before I started my day.

After my hair was done I went to The Four Season’s front lawn to take in the decorations for The Angry Birds Movie: 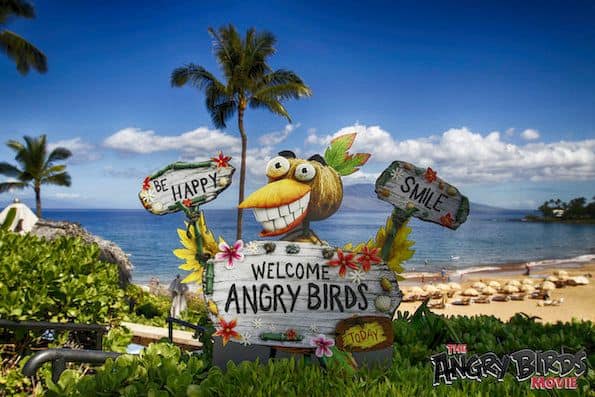 I liked this selfie I took with Bomb. It looks like he’s giving me the side-eye! 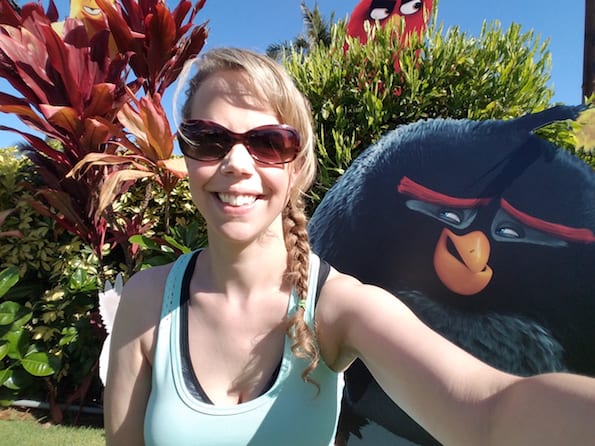 It was absolutely impossible to ignore the gorgeous view! 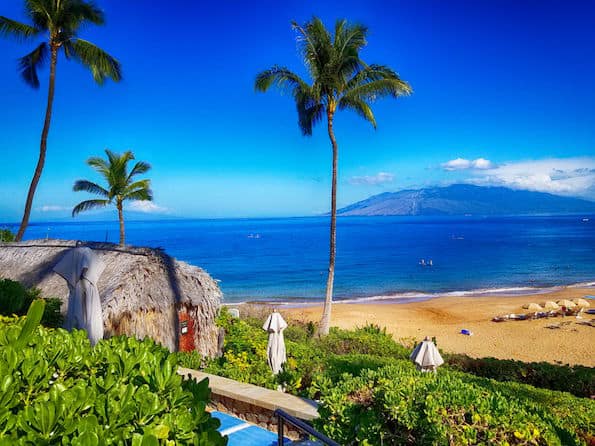 It only took a few minutes for Chuck, Red and Bomb to show up to kick off the yoga lesson. Chuck even had his own yoga mat! 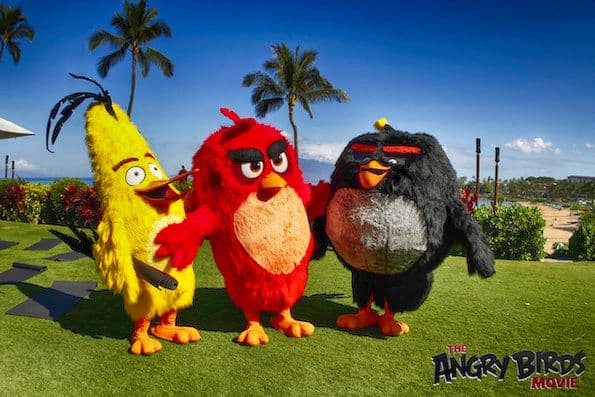 Let me tell you, I’m not an athletic person, and I generally don’t care for being outdoors. But I’m pretty sure I could do yoga next to the beach at The Four Seasons Resort every day for the rest of my life and die happy! 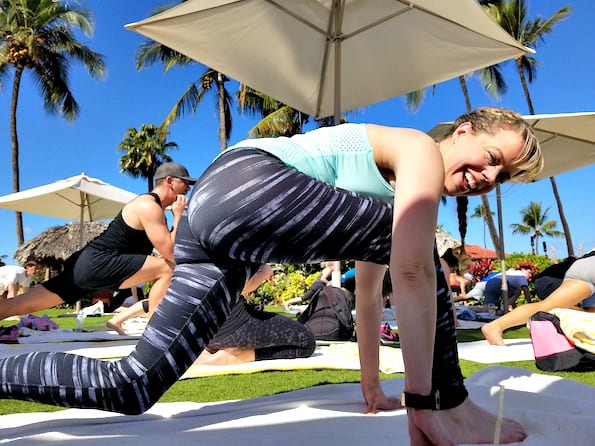 The instructors for yoga at The Four Seasons Maui were also top notch. I’m generally not very coordinated, and I had no problem doing the yoga poses or keeping up with the teachers.

By the end of the class, I felt so happy and relaxed. It make me think that if I were to take up any sort of exercise, it would be yoga.

I was even more validated when I stretched to touch my toes and I was able to reach way beyond my feet. That’s not something I could do before the yoga session, and it felt so good! 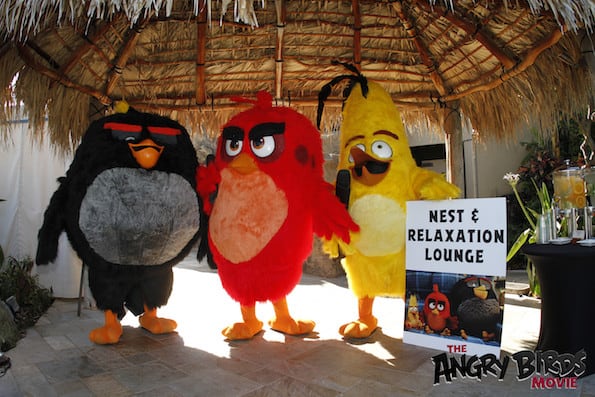 When we were done with our yoga session we had a few minutes to spend at the Nest and Relaxation Lounge. I grabbed a smoothie and some fruit infused water before heading to our next adventure: ziplining!

Read how I soared like an Angry Bird in my Maui Tropical Plantations zipline review!