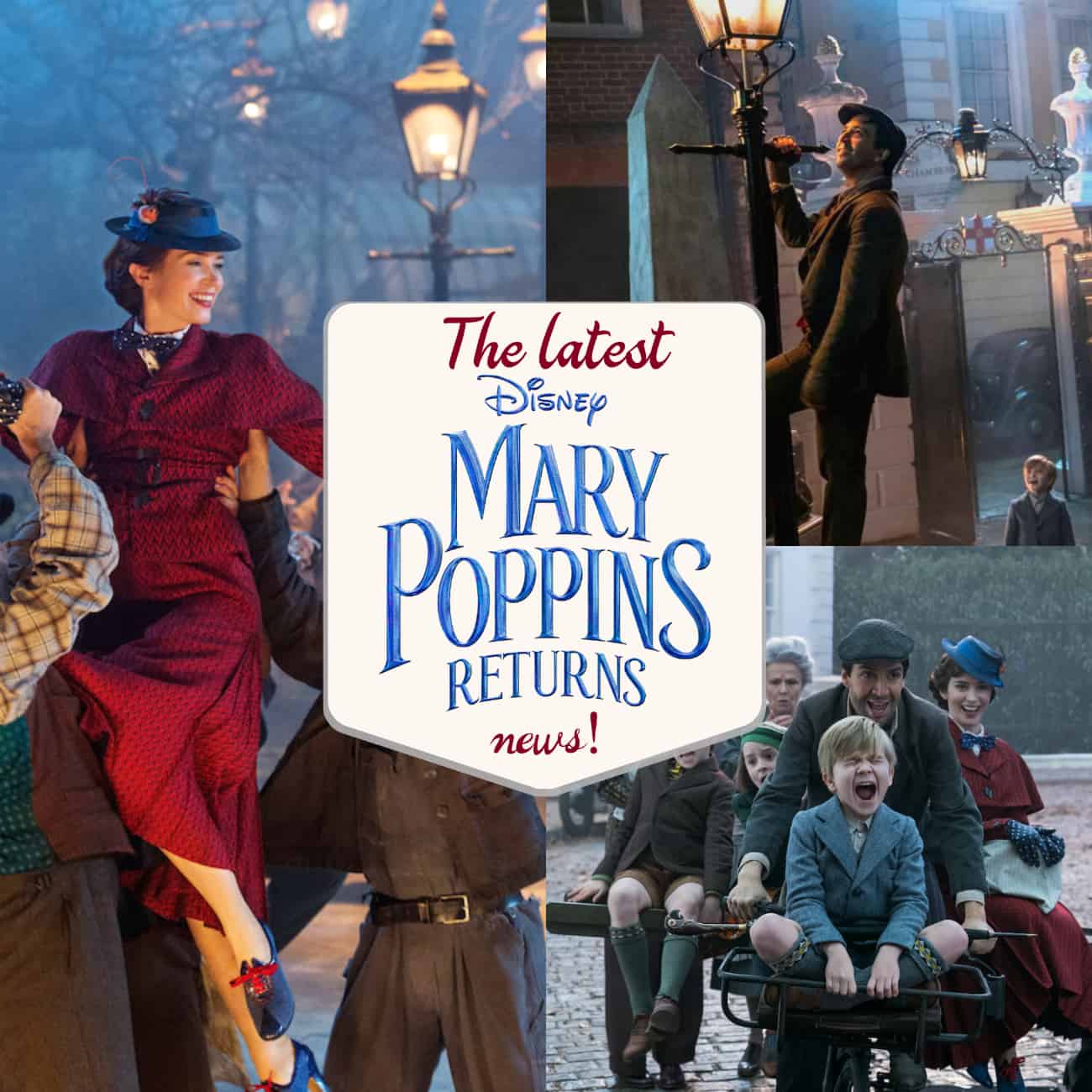 It's also been over a year since I shared the first images from the Mary Poppins Returns movie. While I don't have a new trailer to show you, I do have a few pictures to share!

Before I do that, though, I also have a few updates to the original cast list I had posted. Here's a more complete cast list.

Who are the kids in Mary Poppins Returns?

The children in Mary Poppins Returns are essential to the movie — these kids are talented! Joel Dawson is a newcomer, but the other two have credits from Game of Thrones and Miss Peregrine's home for Peculiar Children, among other shows and movies.

The Rest of the Cast of Mary Poppins Returns

Here are more of the key players in Mary Poppins Returns:

Check it out! In addition to Dick Van Dyke we're now going to see Angela Lansbury make an appearance in the movie!

While I don't have additional information on the story or details around any of the pictures, it's pretty clear that at least a few are mid-song. 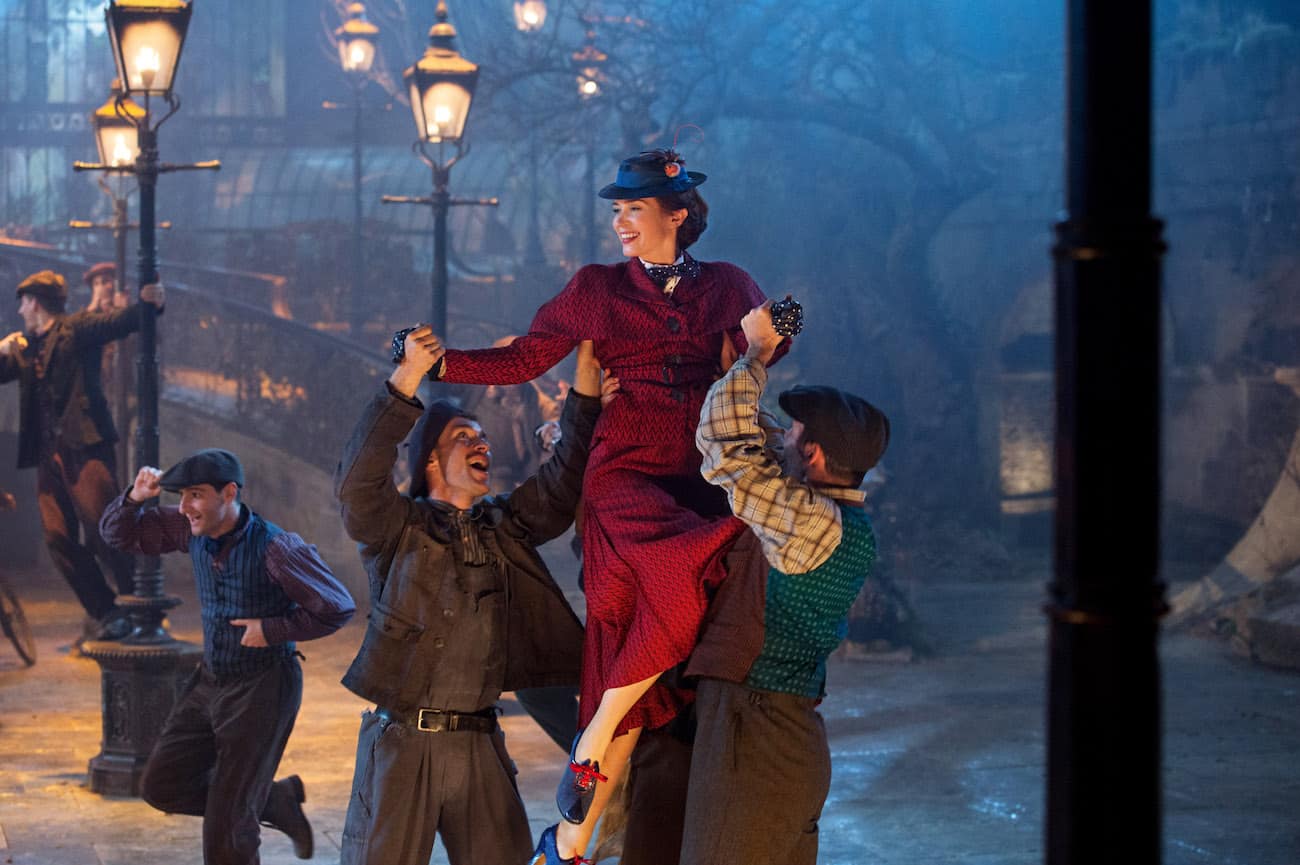 Emily Blunt is Mary Poppins in Dinsey’s original musical MARY. POPPINS RETURNS, which takes audiences on an entirely new adventure with the practically perfect nanny and the Banks family. © Disney

Like this photo of Emily Blunt being lifted up. that's almost certainly a musical number, right?

…and don't you agree that this picture of Lin-Manuel Miranda scaling a street lamp with a group of happy torch-carriers MUST be the triumphant end to another song? 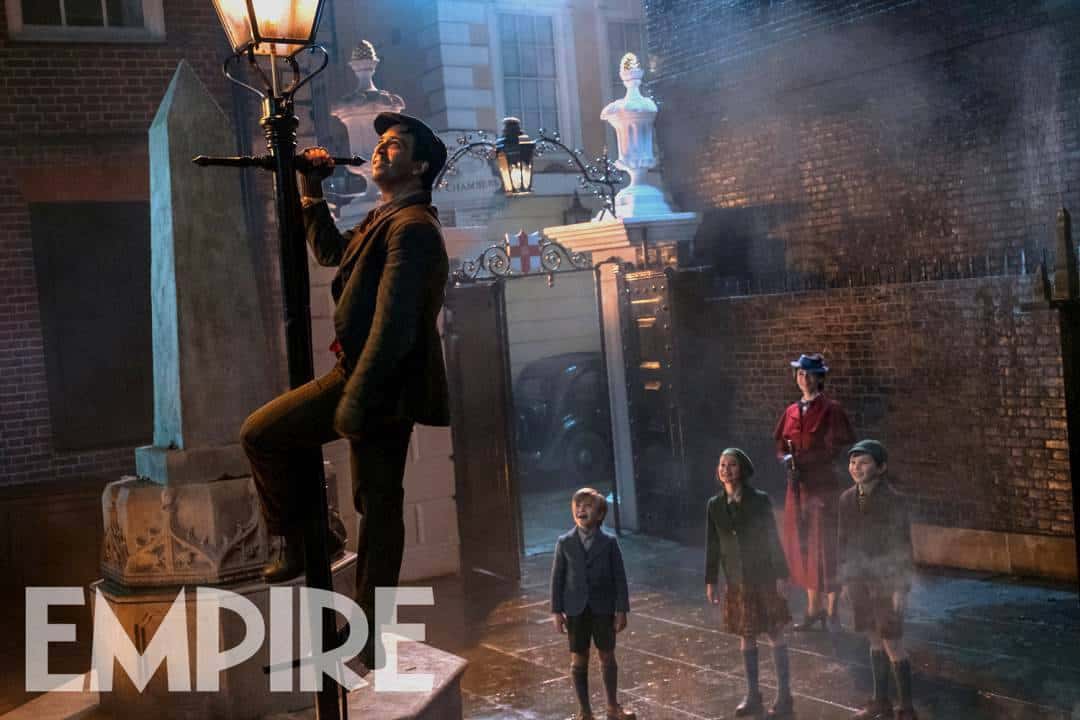 I can't tell if this is scene (recently shared by Empire Magazine) is part of the above sequences. I feel like it's the beginning of a big musical number. That's what I'm hoping, anyway!

I also have a few photos that showed up earlier this year. I've been hanging onto them to share them with more details, but I'm not waiting any longer! 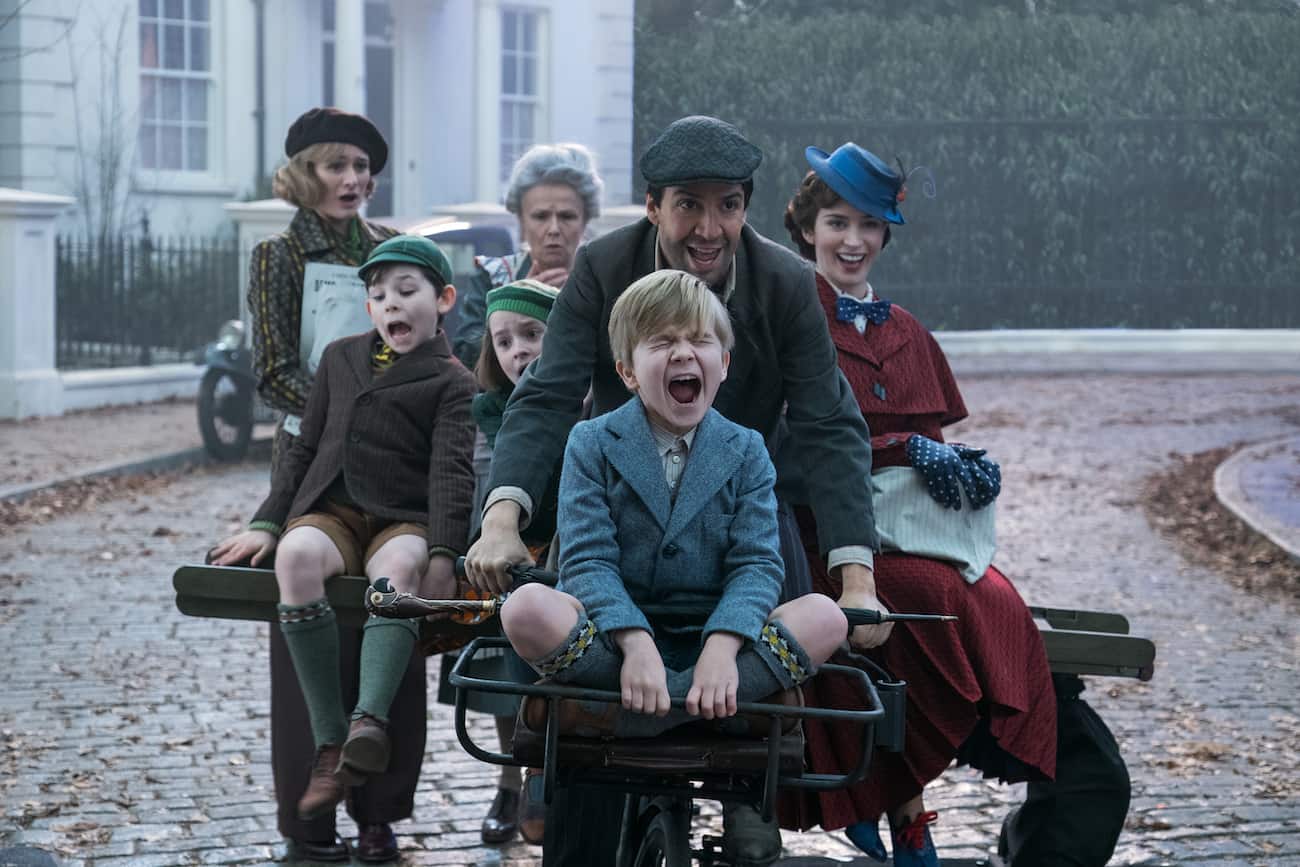 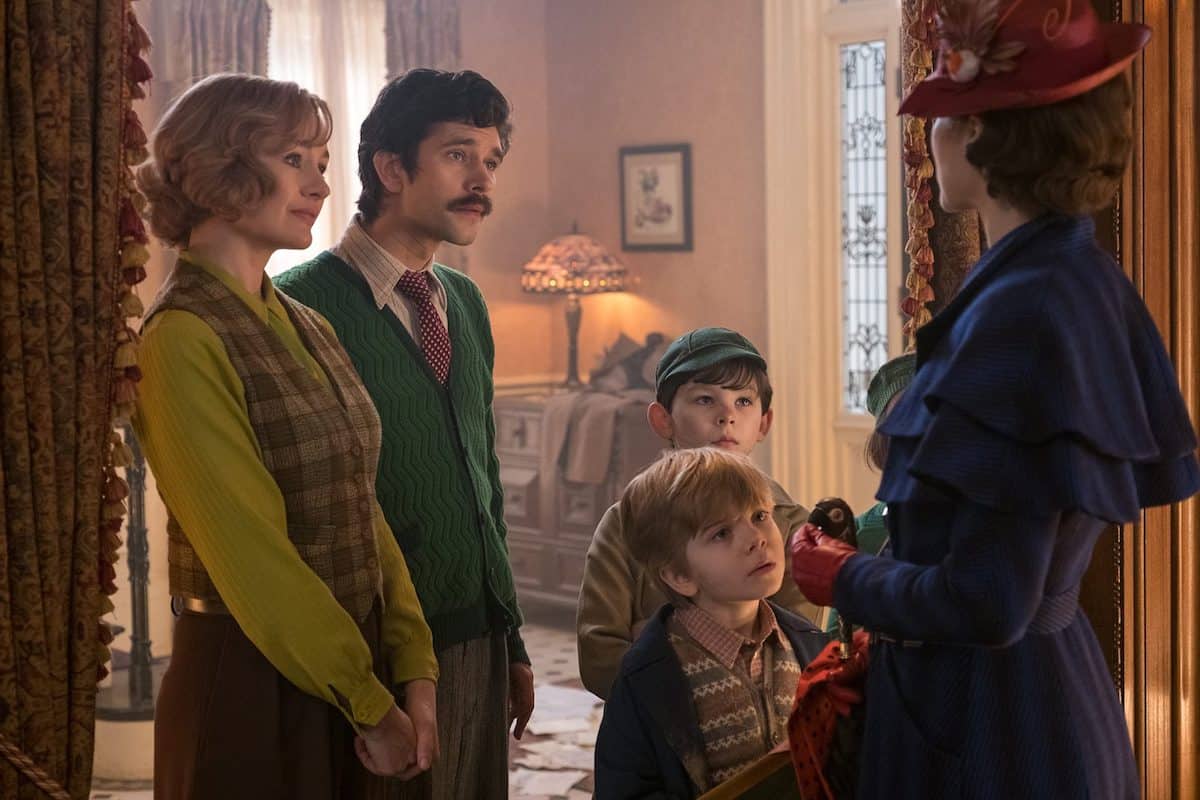 I just love the expressions on every single face in this picture. I can't wait to see this scene! 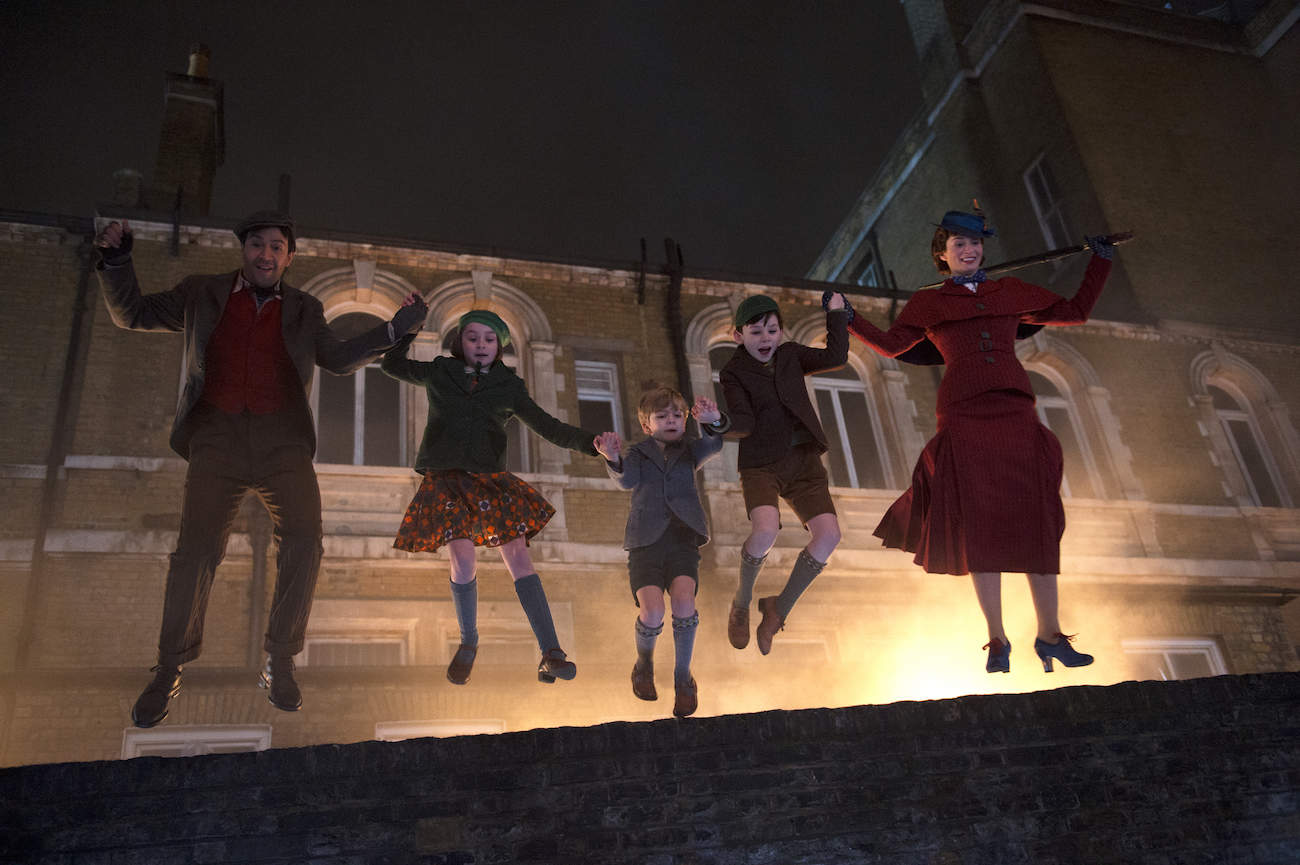 This is just one last Mary Poppins Returns picture that likely goes along with one of the musical numbers mentioned above.

Mary Poppins Returns will be in US theaters on December 19, 2018! Click here to get more details and check local showtimes as they become available. 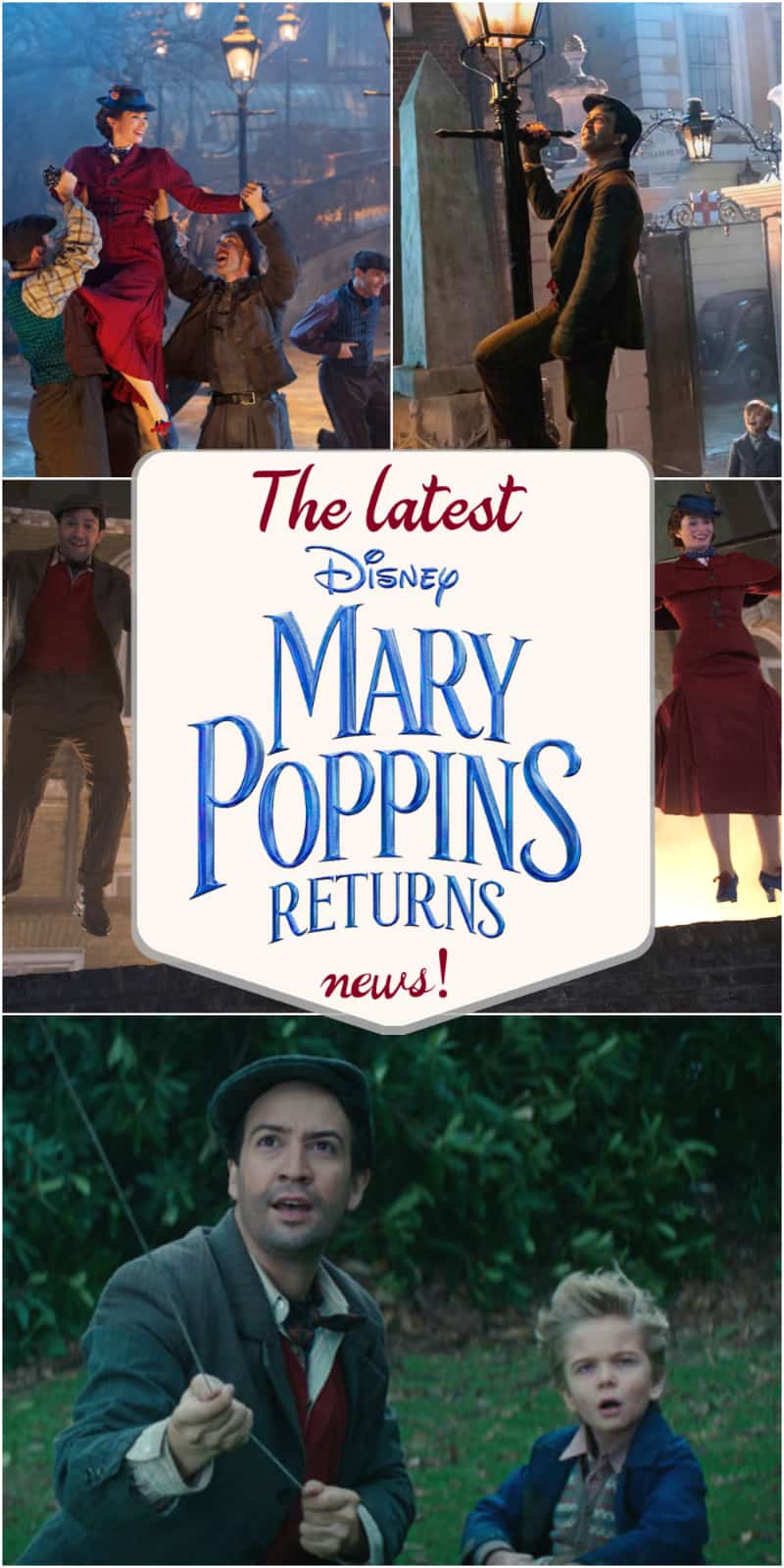 PL Travers first introduced the world to Mary Poppins, the no-nonsense nanny in her 1934 book “Mary Poppins.” But the subsequent adventures of Mary Poppins and friends remained on the pages of the seven other PL Travers’ Mary Poppins books…until now. “Mary Poppins Returns” is drawn from the wealth of material in these additional books.

The film takes place in 1930s Depression-era London, 24 years after the first film was set. Michael Banks works for the same financial institution that employed his father. He still lives at 17 Cherry Tree Lane with his three children, Annabel, John and Georgie, along with Ellen, their housekeeper.

Jane Banks carries on in her mother’s tradition as she campaigns for workers’ rights and provides a helping hand to Michael’s family. When the Banks family suffers a personal loss, Mary Poppins magically re-enters their lives. With Jack’s help, she brings joy and wonder back into their home at Cherry Tree Lane.