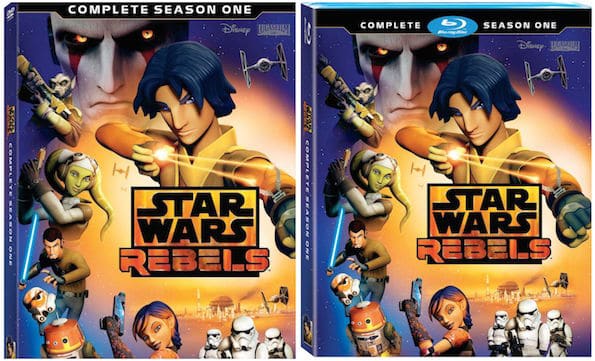 I don’t think anyone can blame me for being a Star Wars fan. After all, I celebrated May the Fourth at a Disney event with R2D2 and a few selfie-loving Stormtroopers.

Don’t miss my May the 4th printables!

At the same time, I think pretty much everyone considers themselves a Star Wars fan! The original movies are timeless, and it seems that there’s always something new to keep the excitement and energy alive.

One of those newer Star Wars projects that hit television screens last fall was the debut of Disney XD’s Star Wars Rebels. 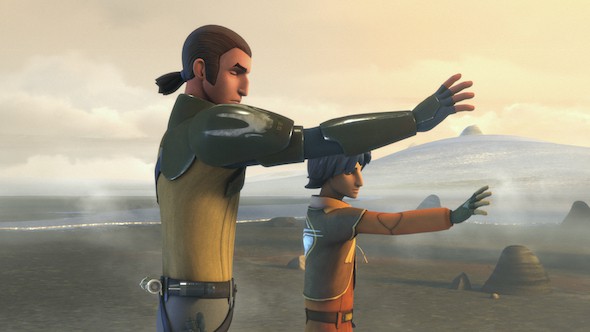 In the first groundbreaking season of Star Wars Rebels, young hero Ezra Bridger joins the clever but motley crew of the starship Ghost in their resistance against the Empire.

As the series begins, Imperial forces have occupied a remote planet, ruling with an iron fist and ruining the lives of its people.

Ezra and his new rebel friends — Hera, Kanan, Sabine, Zeb and Chopper — embark on daring adventures in their fight against oppression across the galaxy, receiving help from familiar heroes such as Lando Calrissian, Ahsoka Tano, and Jedi Master Yoda.

Pursued relentlessly by the Imperials and a Jedi hunter called the Inquisitor, this tenacious ragtag band of rebels will find itself in the crosshairs of none other than Darth Vader when season one closes in a shocking two-part finale.

As a mom, I fully admit that I couldn’t get on board for the now-cancelled Star Wars: The Clone Wars. Given that I love the sweetness and innocence of Disney Junior shows, I don’t think it’s a surprise that I found The Clone Wars too dark, crazy and violent for our family.

I wasn’t disappointed at all when I learned that it was ending. I was even happier to learn that a new Star Wars animated show was heading to Disney XD!

Overall, I think Star Wars Rebels is a fantastic show that carries the true spirit of Star Wars. It has simple messages of good versus evil, friendship and compromise. 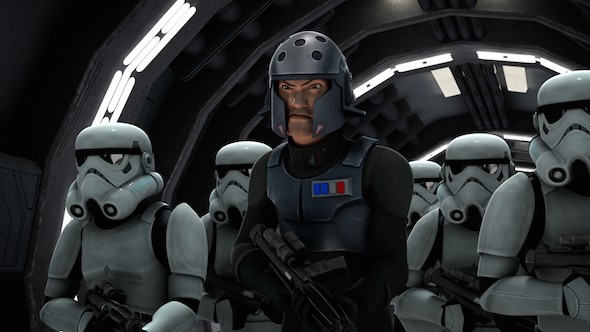 Even better, I think my husband would really love this show! I started showing it to my kids and convinced them stop watching after the first episode.

Haiden and Piper are now saving it for their “movie nights with Daddy” and I’m sure they’ll have plenty to talk about after they all watch a few episodes together!

Star Wars Rebels Complete Season 1 on Blu-Ray has a suggested retail price of $46. It’s currently on sale for $33.98 with free shipping!

Star Wars Rebels Complete Season 1 on DVD has a suggested retail price of $40. It’s currently on sale for $26.99 with free shipping!