↑
Home » Entertainment » How to Have the Best Disneyland Christmas Trip

Seeing Disneyland during the holiday season is something that’s been on my travel bucket list for a while, but I didn’t know how to have the best Disneyland Christmas trip until it was all shown to me last weekend!

I’ve visited Disney World a few times when it’s been decorated for Christmas and it’s lovely. To be completely honest, I expected the experience to be very similar between the two parks. 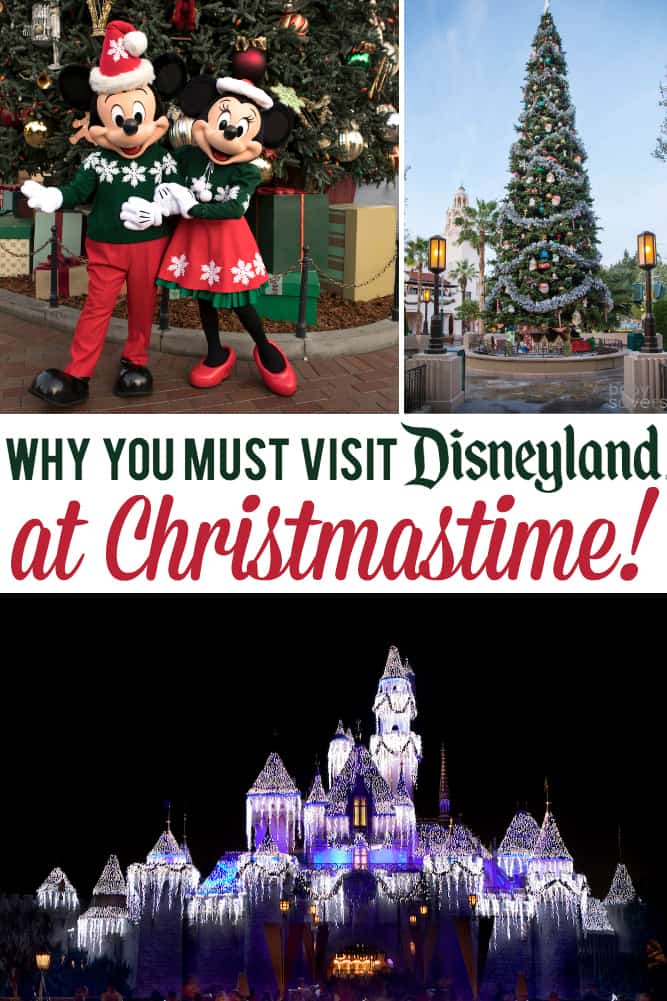 But, like so many other parts of Disneyland (the red car trolleys, Cars Land and Radiator Springs, Summer of Heroes), I was completely surprised at the amazingly different and unexpected ways the California parks celebrated the holidays!

Before I get started on the wonder of all things Christmas at Disneyland, I have to share one thing:

The reason I was in the Disneyland neighborhood was because I was on the #TheLastJediEvent press trip. Last weekend was packed with all things Star Wars: The Last Jedi, and one fun part of that was experiencing Star Tours in Tomorrowland at Disneyland! 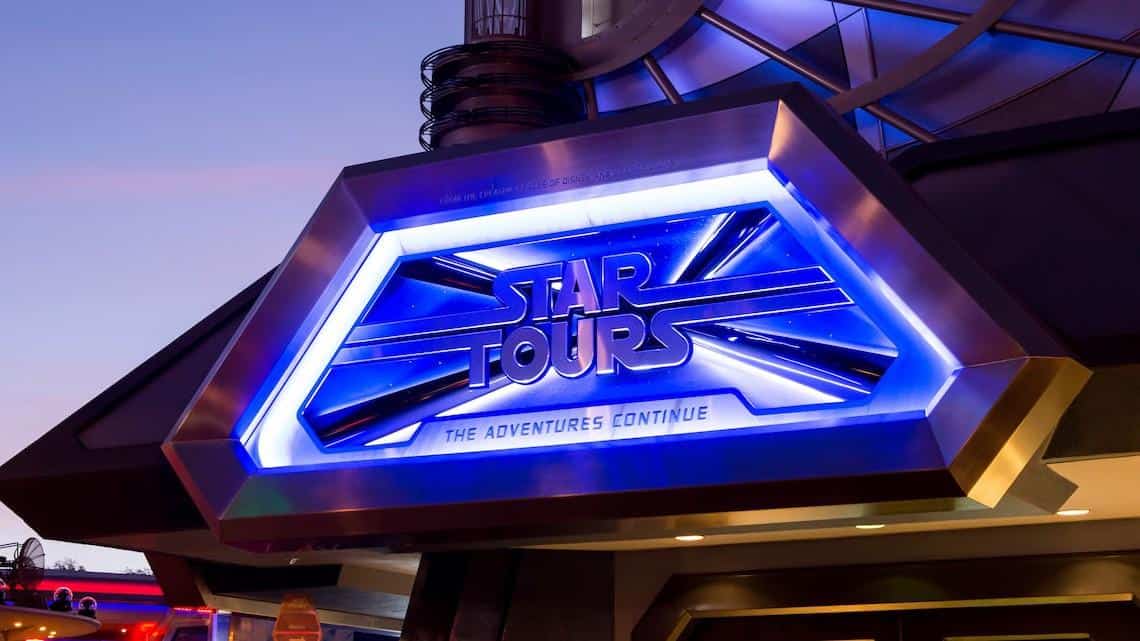 On January 9, 1987, George Lucas and Walt Disney Imagineering brought the Star Wars galaxy to life at Disneyland Park. The original Star Tours attraction blasted off to Endor for the very first time and—just like the films—the rest is history.

In 2011, the power of the Force partnered with Disney magic once again to create Star Tours – The Adventures Continue. This updated Star Wars flight-simulator attraction features advanced 3D technology, unique new storylines and even characters from recently released films!

Just a few weeks ago, Disneyland added an exciting new sequence to the classic Star Tours ride: an “epic battle taking place on the planet of Crait! 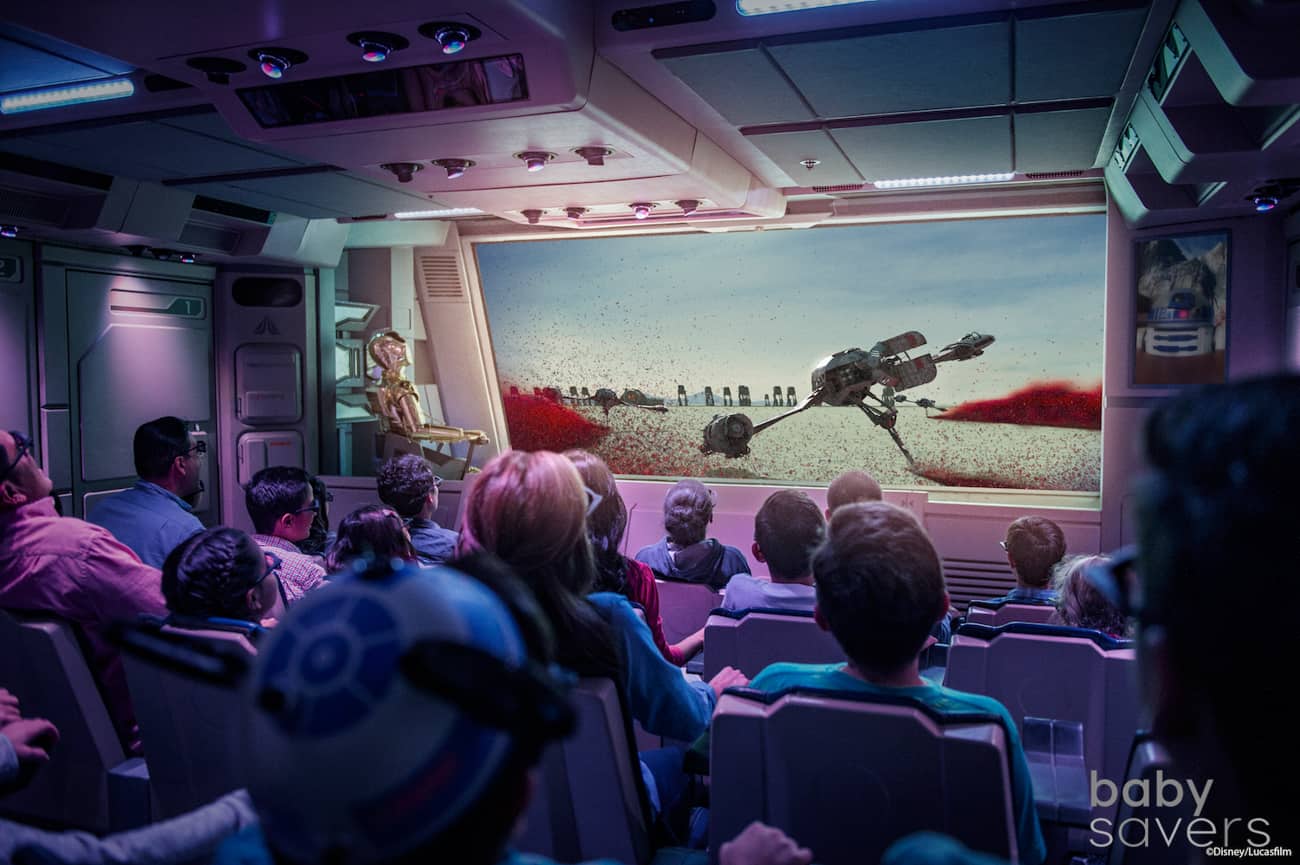 Outside of the trailers, right now Star Tours is the only place you can see additional footage from Star Wars: The Last Jedi!

When you go to Disneyland to ride Star Tours, you wear your new Star Wars: The Last Jedi shirt! 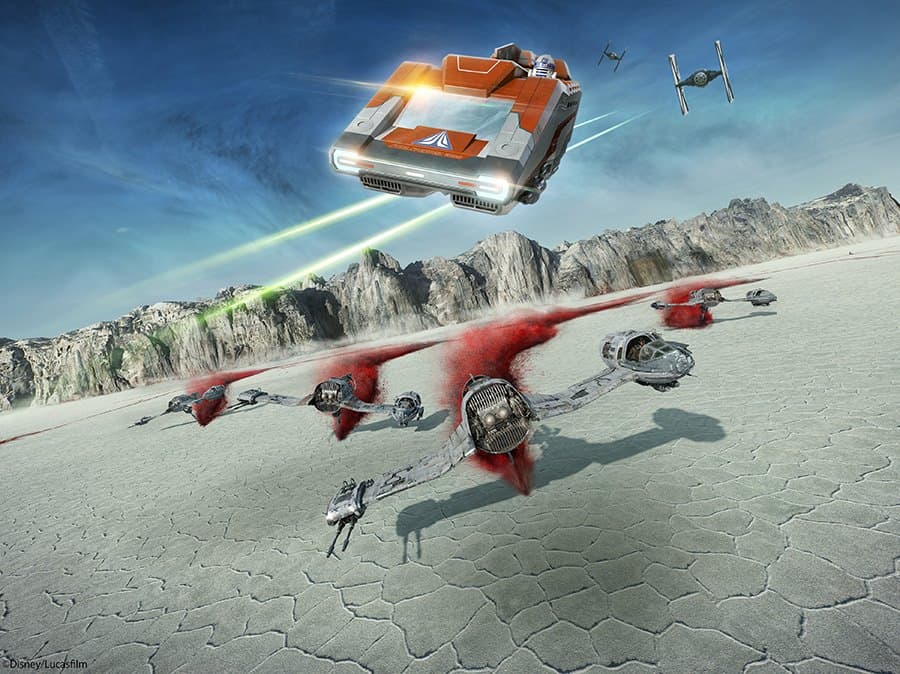 I rode the updated Star Tours ride, and it was just as thrilling as I expected. I caught a glimpse of the Crystal Fox, soaked up a few great clips of Finn and Poe and loved being in the middle of all the Star Wars: The Last Jedi action (even if it was just for a few minutes)!

Disneyland Christmas: What to See

After our Star Tours ride we had a few hours to explore everything the parks offered to make the best Disneyland Christmas trip!

There’s so much to see and do, but I feel like we caught the best of the best!

Christmas at It’s a Small World

The exterior is usually decorated in white lights, but it’s changed into a multicolor spectacle for the Christmas season. The plants and topiaries also have way more lights than usual, making it’s a sparkly wonderland. The big iconic clock on the outside of the ride also wears a Santa hat! 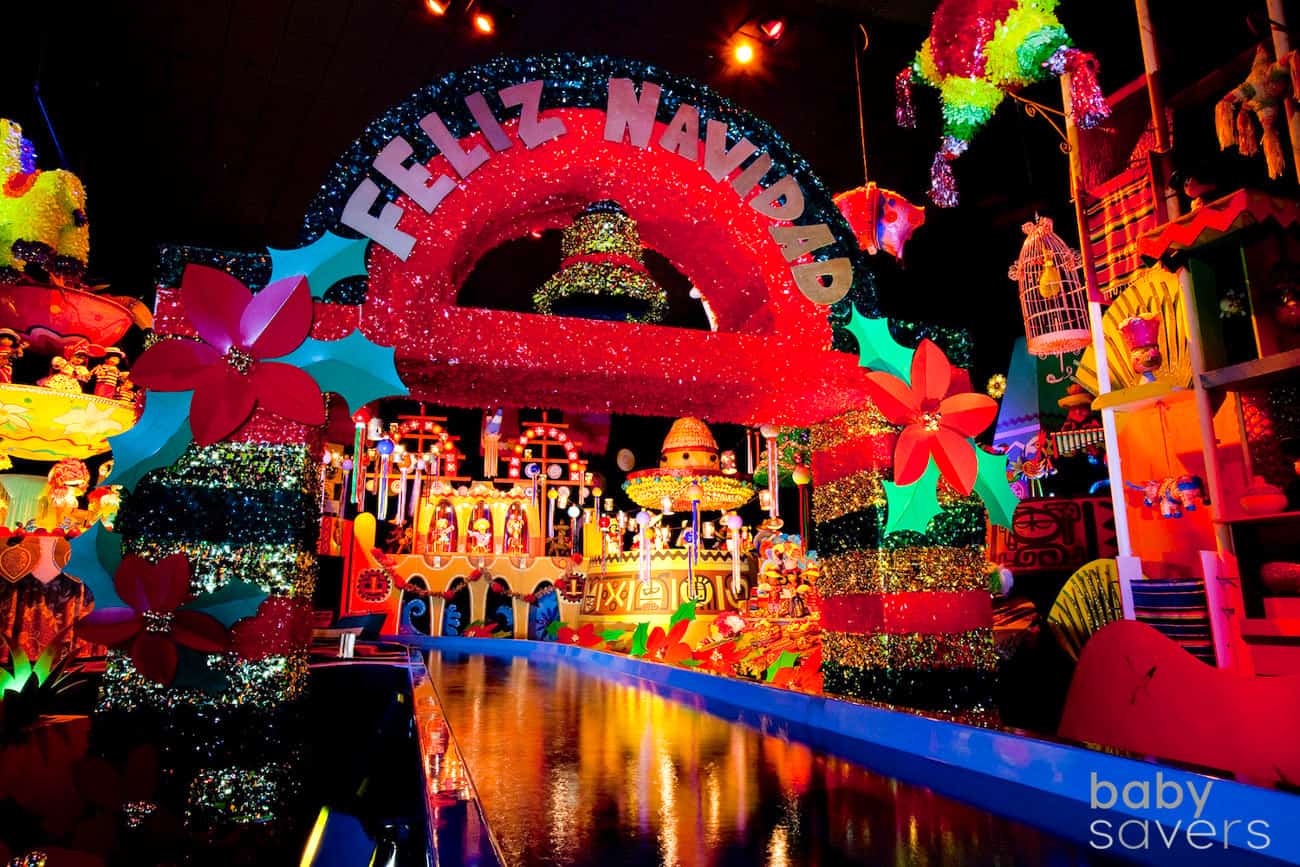 The inside is also transformed. Jingle Bells plays and mixes with the tune of It’s a Small World for a fun change. There are also plenty of traditional and multicultural holiday decorations within the ride for a unique Christmas experience!

The Haunted Mansion for Christmas 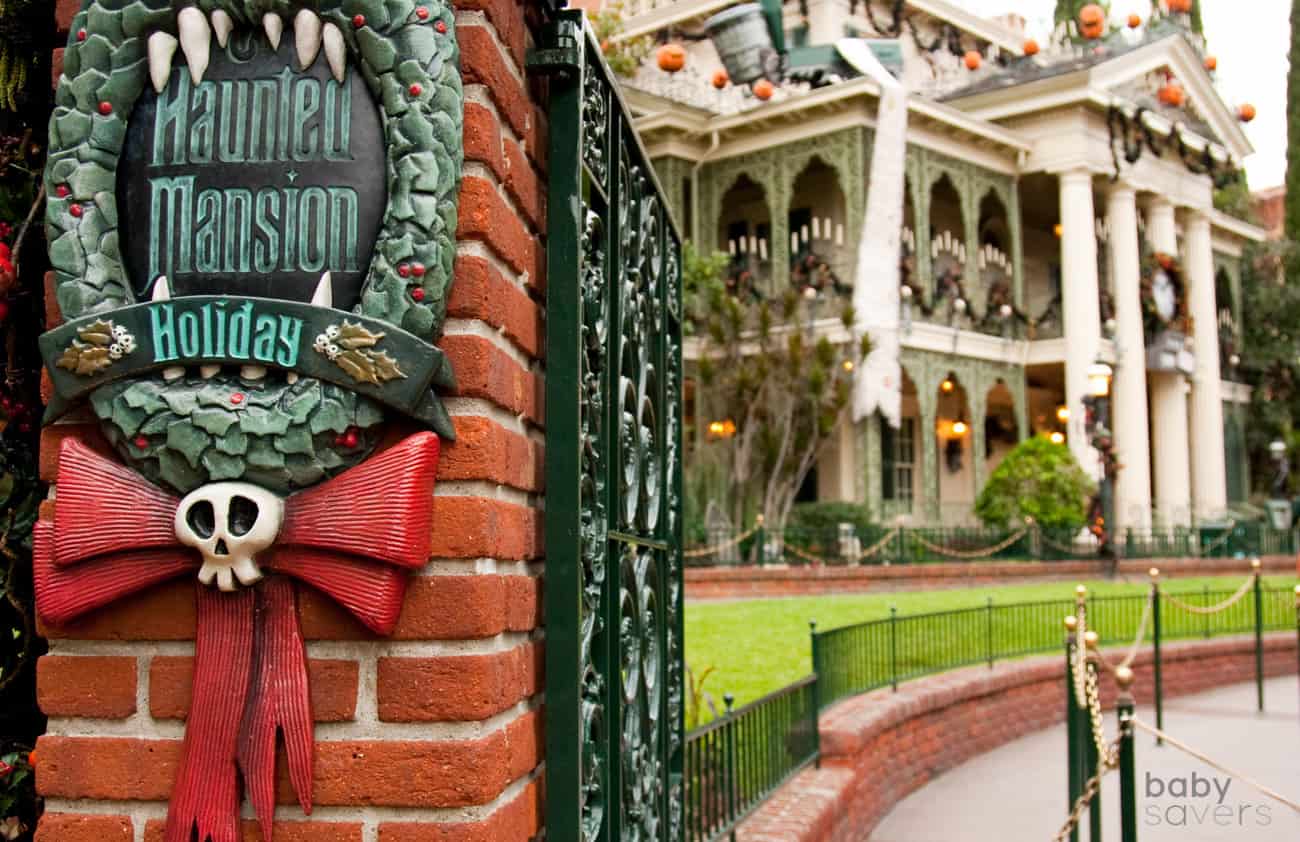 Again, I didn’t know that The Haunted Mansion was also changed up for Christmas, and it was the best surprise!

Under normal circumstances I can’t say enough great things about Cars Land, but Cars Land at Christmas is magical in the most Cars possible way! 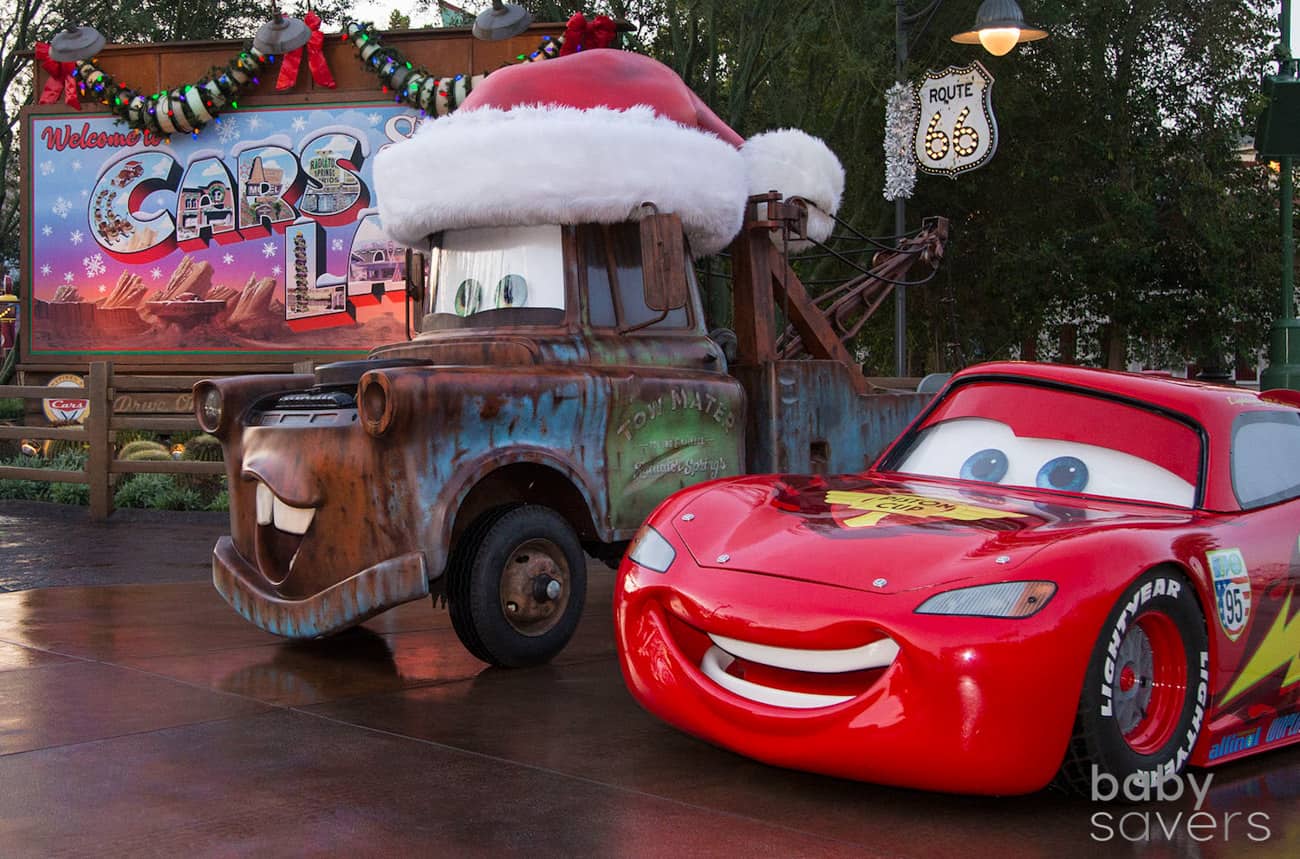 The decorations are subtle but 100% in line with the Cars theme: 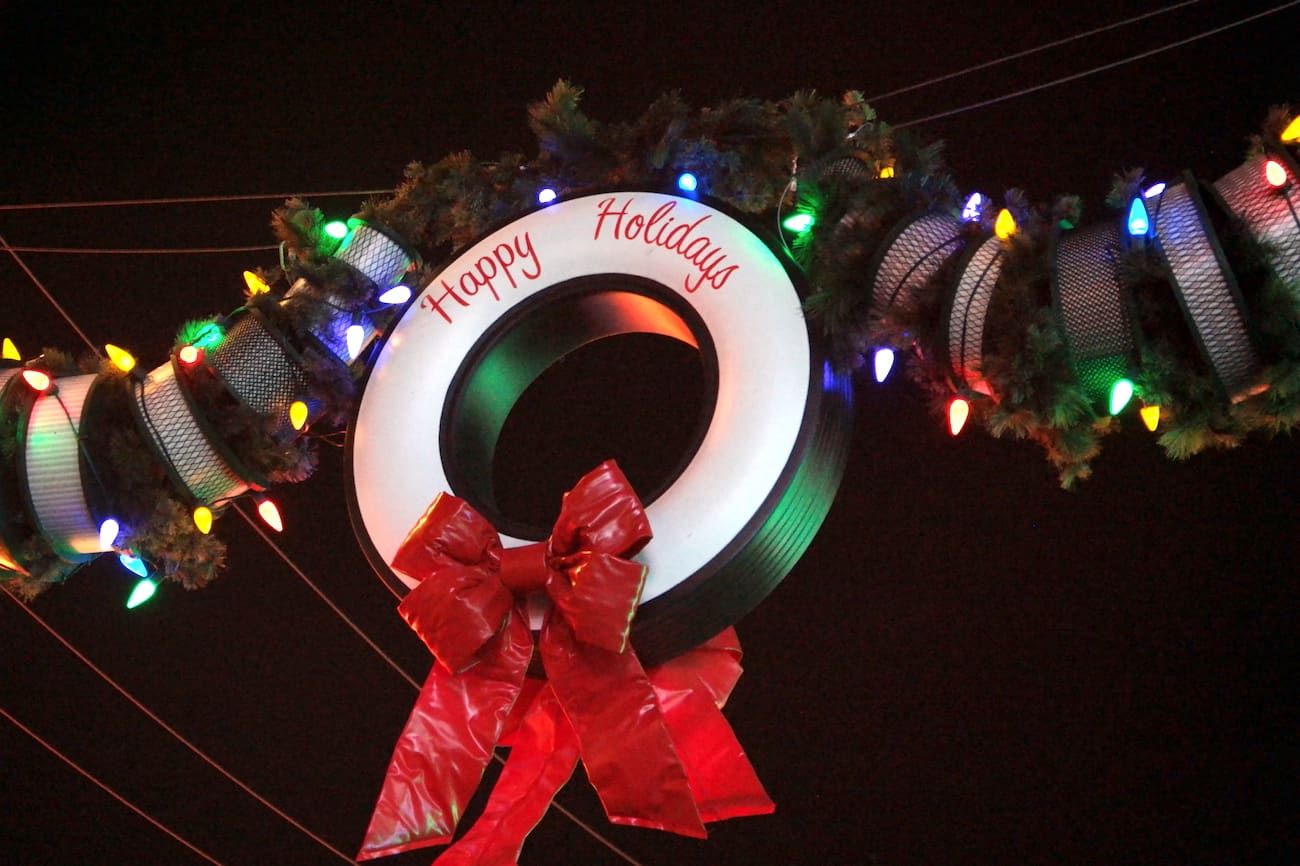 Almost every fixture has an adorable holiday accent added to it:

Even Luigi’s Rollickin’ Roadster’s becomes Luigi’s Joy to the Whirl, and it might be the cutest ride I’ve ever seen! 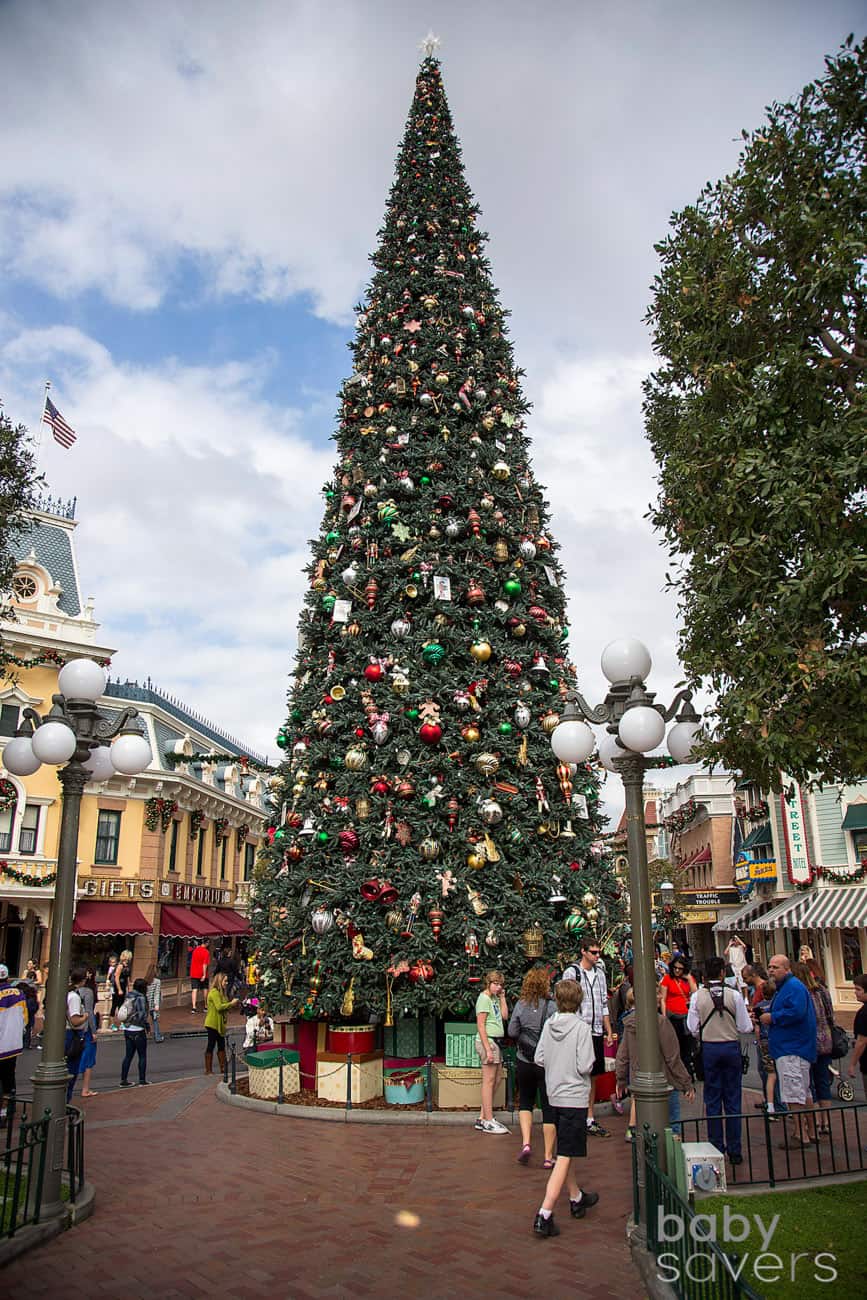 All in all, I think Disneyland at Christmas is the best, and is definitely worth more time than I was able to spend there!

I’d love to return and experience everything Disneyland has to offer during the holiday season!

Stay on top of all the Star Wars: The Last Jedi news:

I’m still sharing live news as it happens, especially everything I can from the Star Wars: The Last Jedi press junket! So follow @babysavers on Twitter and babysavers on Instagram.