I’ve been raving about Big Hero 6 for weeks now. It’s really, honestly not because I was just on a Big Hero 6 press trip. It’s because the movie is fantastic. You don’t need additional reasons to see it, but I have one for you anyway: Feast.

I have no real basis for saying this, but I feel like a lot of people go into Disney movies and come out loving them so much more than other movies is because it’s a special experience.

One aspect of that special experience in recent years is the addition of an animated short that’s shown just before the feature film starts. It’s often a surprise, it’s always fantastic and it leaves moviegoers with one more thing that makes them feel like what they just did, what they just saw, was more than just going to a movie.

If you go see Big Hero 6 you’ll see this point demonstrated to perfection. Feast is a treat that everyone needs to see! 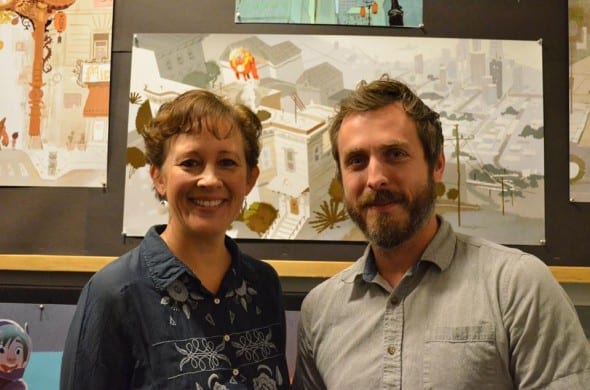 Feast is a new short from first-time director Patrick Osborne and producer Kristina Reed. Feast is the sweet story of one man’s life through the eyes of his adopted dog, Winston. Our group of influential mom bloggers had the opportunity to interview both of them when we were at the Disney Animation Studios for a Big Hero 6 press day.

This film hooked me from the first few seconds. I adopted Jersey, my shelter dog, several years ago. She’s my best friend, my sidekick and taking her home was hands-down the best decision I’ve ever made. When I see a special relationship with a dog I immediately relate it to my own relationship with Jersey.

Feast made me cry, thinking about how much little Winston cared about his owner, and about the incredible ways my own dog has shown her love for me over and over again. It also made me realize how much my dog has assimilated herself into my life.

I was pregnant when I adopted her and she was the center of my world for a few short months. When baby #1 was born, she took a backseat and adjusted. When baby #2 was born, she entertained and kept an eye on baby #1 from her backseat position. As the kids have grown, she’s definitely moved back to the front seat, and I’m so happy she never changed, she just took everything in stride.

Enough about me! Suffice it to say, if you have a dog, if you’ve ever loved a dog, if you like dogs, you will adore Feast! 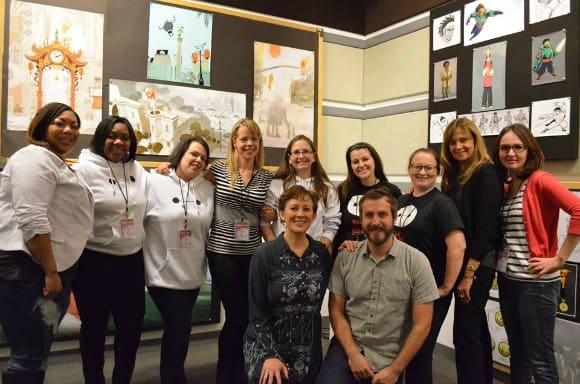 Patrick Osborne and Kristina Reed posed for this picture with us. They were incredibly kind and gracious.

Although the film is only a few minutes long, the story is robust and, like all Disney shorts, it has a very clear beginning, middle and end. I don’t want to give away any surprises or special moments, so instead, I’ll share some fun facts I picked up during my interview with Patrick Osborne and Kristina Reed. 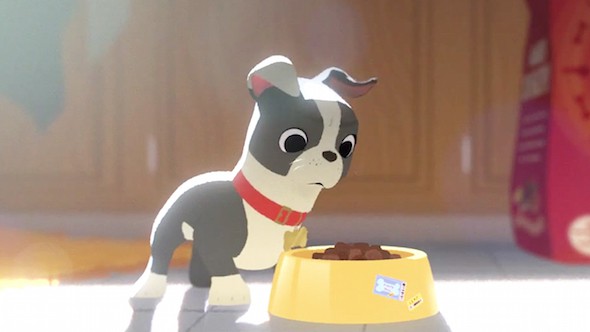 If you’ve already seen Feast, you know it’s wonderful. If you haven’t seen it, make sure you show up on time to Big Hero 6 so you don’t miss it!

Photo credits: Disney and Staci Salazar from 7 on a Shoestring

Disclosure: Disney and ABC flew me out to Los Angeles to participate in this interview. All opinions are my own.