↑
Home » Entertainment » An Exclusive Interview With FLASH the Sloth from Zootopia 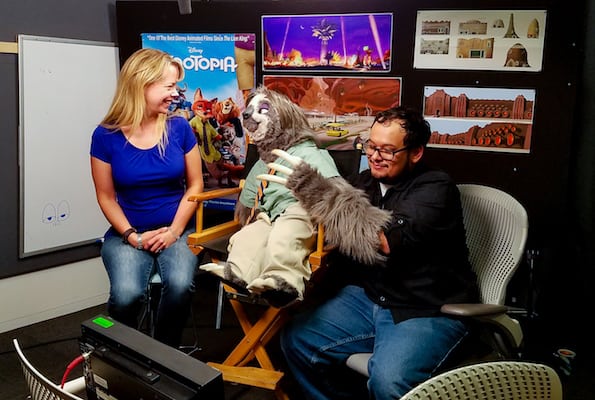 I’ve experienced some pretty exciting things as a blogger on Disney press trips. There have amazing surprises, like visiting a Captain America set, or when Fergie unexpectedly started singing mid-interview, or meeting Jimmy Kimmel, but I’m pretty sure the most recent surprise was more fun than anything I’ve done in the past.

Last month when I visited Los Angeles for the #ThroughTheLookingGlassEvent I also participated in a #ZootopiaBluray press day. I had the fantastic experience of interviewing the directors and producers of Zootopia then meeting and talking to animators from the movie. 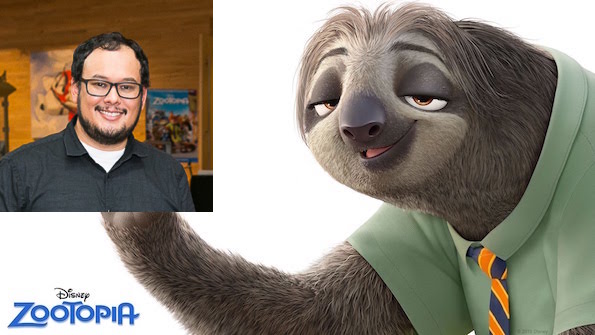 But the real fun came when our group of 8 bloggers entered a conference room at DisneyToon Studios and to interview Raymond Persi – the voice of Flash in Zootopia – and saw this: 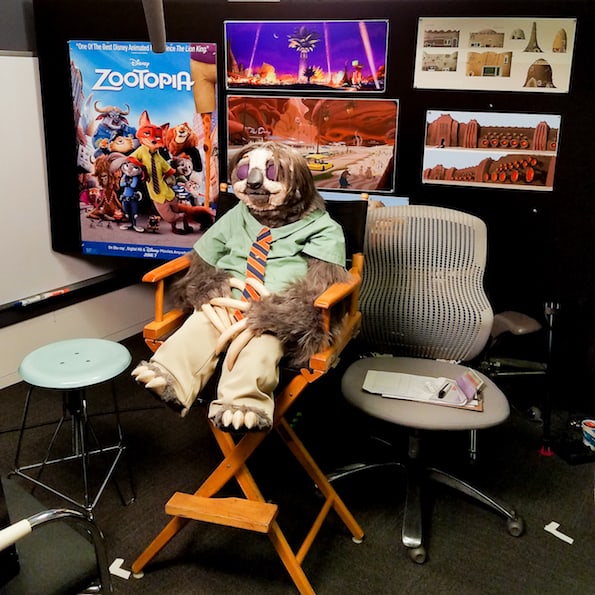 Yes, that is definitely the body of Flash, the slow-moving DMV employee from Zootopia, and I was going to have the chance to interview and see what having a real conversation with Flash was like!

Before that, though, Raymond Persi, the voice of Flash, was in the room and had answers to questions we had! So we sat down with him and learned how the character of Flash came about and how he felt about it.

Scroll down to get right to the video of my interview with Flash! 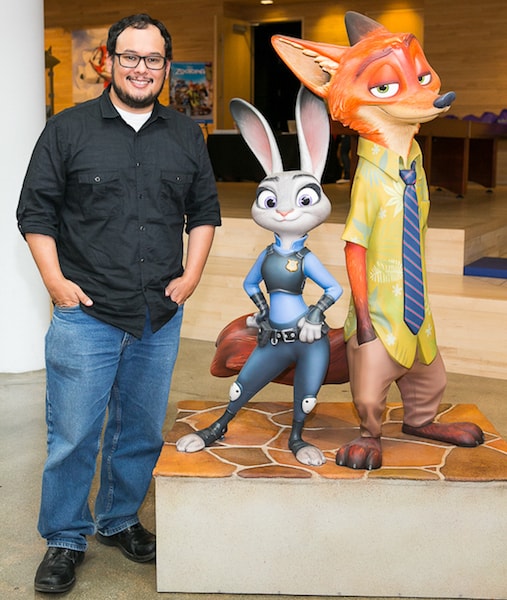 On starting his career with Walt Disney Animation Studios:

RI grew up in the hills right above Walt Disney Animation Studios. I got to drive by  and think, “Wouldn’t it be cool to work here one day?” And I eventually got to!

I was a director on The Simpsons before Disney, and Rich Moore brought me in as a story artist when he started to develop Wreck-It Ralph.

All the voices he’s done in Disney films:

When you work here, we like to rough versions of our films first. Sometimes we don’t know who’s going to be cast yet, or we don’t even know if that character will stay past one screening of the film. So lots of people come into the studio to do scratch voices. It’s a temporary voice used to tell the story.

Every now and then we keep some of those scratch voices in. The first voice I got to do was Gene from Wreck-It Ralph. Then I was the Zombie in Wreck-It Ralph.

Later, in Get a Horse, I got to be another little jerk, the little jerky horn.  they used archival audio of Walt Disney for that short, so I got get to laugh with Walt Disney, which is really cool.

In Frozen, I was a guy who had just one line, but his wife said to him, “Hurry up, Persi.” That was cool because that’s my name!

I didn’t do any voices on Feast, but I have two Boston Terriers, and they got to do voices on it. I brought them in and we recorded them eating things and we squeezed them to grunt and snort. They’re both snorty dogs anyway, so it worked out well.

How he voiced Flash the Sloth in Zootopia:

For Zootopia, Rich Moore and Jim Reardon brought me in to do a scratch for Flash. I thought, that I should talk slowly, but that’s not what the directors wanted. They said he talks normal but he has spaces in between the words.

So we recorded for like 30 minutes and they coached me. We read the lines and the scene didn’t change too much after that, because they used that one recording in the film. 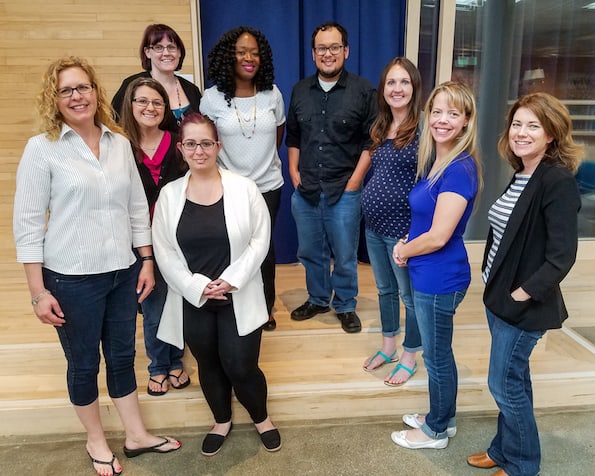 After the interview was over it was time to do a “quick” interview with Flash himself. When they had the first people do their interview, the rest of us waited outside. In fact, I only saw one interview before I jumped into the chair, so I was a little unsure of how it would go.

As it turns out, I had nothing to worry about; interviewing Flash was a blast! and at the end Raymond Persi and I both burst out laughing and he said, “Great job! You did great!” I couldn’t have been more proud of myself 🙂

The interview was less than 2 minutes from start to finish, and just a few seconds longer after I added credits at the end. Check it out below: