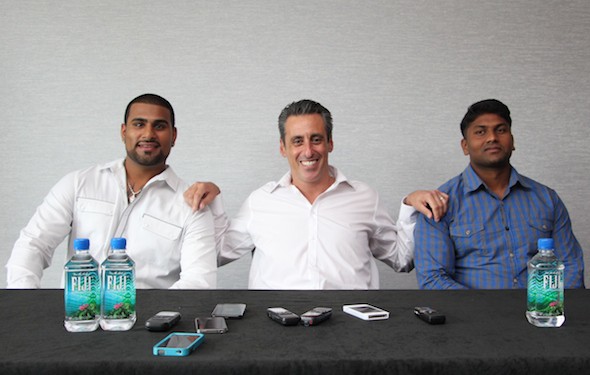 Rinku Singh: Left-handed baseball pitcher with the Pittsburgh Pirates organization. He was the first winner of The Million Dollar Arm pitching contest in India. 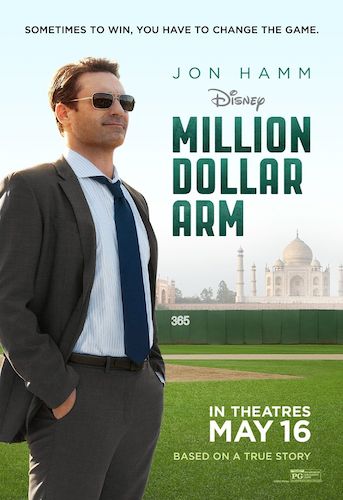 If you weren’t already aware of the story behind Disney’s Million Arm, it’s based on the real experience JB Bernstein had when he dreamed up The Million Dollar Arm pitching contest, a reality TV show created to find the fastest pitcher in India.

The Indian pitching contest resulted in Bernstein bringing the winners, Rinku Singh and Dinesh Patel to the United States to train and play professional baseball. 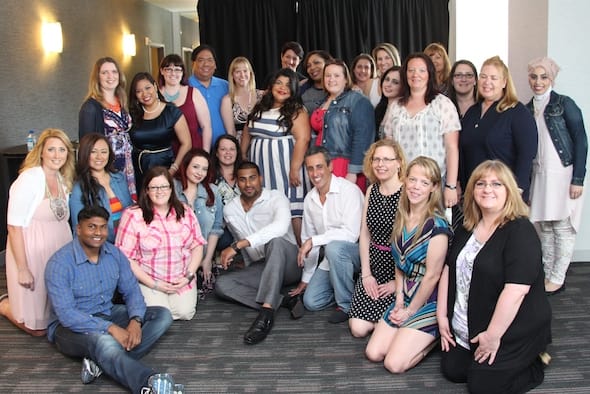 JB Bernstein, Rinku Singh and Dinesh Patel sat down with me (along with a group of 24 other influential mom bloggers)  to tell us more about their real experiences that inspired Disney’s Million Dollar Arm:

JBB: You know, some of the things they touch on are inspirations but, like any idea, I have business partners and they were part of the idea generation. But it’s hard to tell a movie from eighty points of view.

In reality, my two business partners (Chang and Ash, who were both in the movie) helped us. We were thinking about all of these things separately, but it wasn’t until we really came together that we had the idea to try to do a game show to find athletes.

So it’s pretty accurate in that it shows the inspirations for things but I’m not smart enough to come up with this idea by myself.

What’s life like for you being a dad and what kind of advice would you give to dads?

JBB: I don’t know that I would qualify to give advice just yet yet after only three years. I’m still probably taking advice!

But having Rinku and Dinesh live with me gave me a taste of fatherhood. It reminded me of the importance of family. It reminded me of the importance of being surrounded by people that you love and that love you. Being able to take pride in other people’s accomplishments, a lot of the rudimentary lessons of life came back into focus. So I think in a lot of ways I started being a parent…with these guys.

Watching Million Dollar Arm and seeing your lives, how does it feel seeing yourself in the movie?

DP: This is a big deal for me. I’m very happy and my family is also happy so it’s a good deal.

How do you feel about Suraj Sharma playing you (Rinku Singh)?

RS: He’s done a great job. He’s not just a great actor, he’s also a great human. Meeting him in person, it just really meant a lot. He was really nice.

Plus, seeing this movie-I really liked it. It was inspirational he’s done a great job. And the way he actually did it was awesome. It really reminded me of 2008, little Indian that I was.

How was it learning the game of baseball?

RS: It really takes some time. Just like if you took an American baseball player and made them become a cricket player, they’d have no idea how to pitch in cricket. So that was a totally different world coming here and playing professional baseball.

It did take a year but I believe it doesn’t matter what you’re doing in your life. If you’re willing to give whatever you’ve got inside and out you are going to succeed.

A really important part of the movie is when you left India. What was it like to leave your families and what kind of role has family played in your life?

DP: My parents were really afraid of me leaving. They [didn’t want me to go] because it was a new world for me. They were very afraid.

Making that huge decision wasn’t easy for us. We were thinking, what are we going to do not knowing anything about American culture? We don’t know the language. We don’t know anyone besides JB. Our parents were really afraid because we never went out of India.

That really changed our life. That taught us that, whatever comes to your life, you make that decision if you’re willing to give all you will be happy for the decision you made. So I’m really proud of the decision I made being in America. It’s totally amazing. It has changed my life, changed my family’s life and I want to stay here.

If you could do everything all over again, would you do the same?

RS: I would love to. I’m learning a lot. That journey taught a lot of things. It really made me whole. I grew up a lot [from The Million Dollar Arm]. I wouldn’t be the man I am today if I [hadn’t done the contest].

How do you feel about the movie and the premiere tonight? Are you excited?

JBB: Rinku had the chance to screen the movie for his team in Renton. Dinesh was at a screening with the Indian Ambassador of the United States.

These guys have met Obama.

I’ve been a sports agent for 20 years. I’ve never done anything good until I met these guys. I would probably speak for all of us when we say that this is a really personal journey for us. It’s not like your traditional business deal that I’ve done. This is about something that’s obviously a very pivotal point in our life.

Our hope is really two things: One is that people will take away what these guys have endured in order to be successful. Two is that dreams are possible in this country. Now for kids, to be able to look at Rinku and Dinesh as role models and say, Look. If these guys did this, I can do anything. I could be a baseball pitcher and it gives that first spark of hope not just for kids in India but for kids everywhere.

[Kids] have these two guys to look at, who have done something that’s never been done in the history of the world, to go from a position of never hearing of the sport to this:

Rinku won his first game 13 months from the day he picked up a baseball. Dinesh won his first game 14 months after the first day that he picked up a baseball. That’s just unheard of. I’ve been a sports man my whole life. I’ve been an agent my whole adult life. I’ve never heard of anything like this. I’ve never heard of anybody even thinking something like this could be possible.

Everybody says,Were you really that big of a jerk? I sidestep that question because I didn’t feel like a jerk at the time. I wasn’t trying to be. I just was very myopic and I think that, now, thanks to these guys, thanks to my family, I have a much different view. So I’m kind of hoping these thins come through to the audience.

It’s exciting to be able to actually finally share this story with the world.

Are you still running The Million Dollar Arm [contest] in India?

JBB: It’s still running in India. We start our third season this winter. Our first season we saw about 38,000 kids. This year we’ll see half a million.

I’m sure we’ll find talent and there’s still a monetary side to [the contest]. But there’s a social side to the contest that really none of us saw coming that has really become the focus for Million Dollar Arm, which sounds weird for an agent to say. I’m supposed to be about making money! But this is a unique opportunity we have to almost have a social revolution.

Disney’s Million Dollar Arm opens in theaters everywhere on May 16th! Find it at a theater near you and buy your tickets today!

Want to read more about my exclusive #MillionDollarArmEvent experiences?