↑
Home » Entertainment » Exclusive: On the Set of Marvel’s Agent Carter! 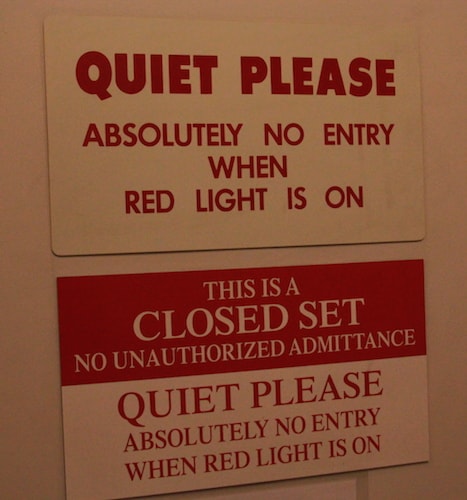 Last week I revealed that I was lucky enough to get the inside details on Agent Carter, including interviewing top Marvel Executives and screening extended clips from the show. What I didn't reveal was  that I actually visited the Agent Carter set, met Hayley Atwell and learned some amazing details about the show and how it's made! 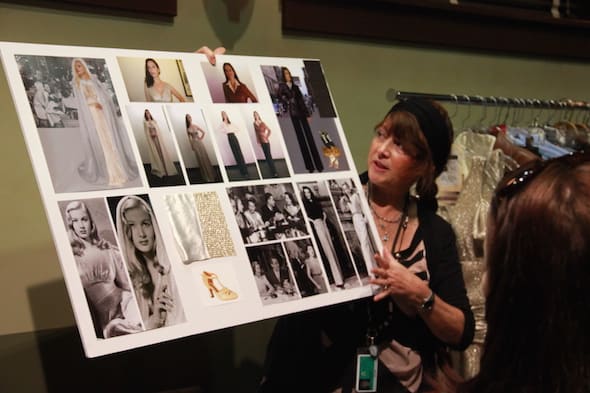 One of the many incredibly interesting things we did on the set was meet Agent Carter's costume designer, Gigi Melton. This woman was a wealth of interesting information. She told me things about designing costumes that absolutely blew my mind!

First, the costume designer's goal is to make everyone look absolutely true to the period the show is set in. In this case, Agent Carter is set in 1946. Melton has clearly become an expert at textiles, clothing construction and styles of that era.

The costume designers know that the Great Depression then WWII both occurred shortly before Agent Carter's time period. Because of that, fabric was scarce and men's ties were made with a minimal amount of fabric. There were no linings, no extra folds or seams to waste fabric. After Gigi Melton explained this, it totally made sense that she would actually be able to recognize the exact year a tie was made! 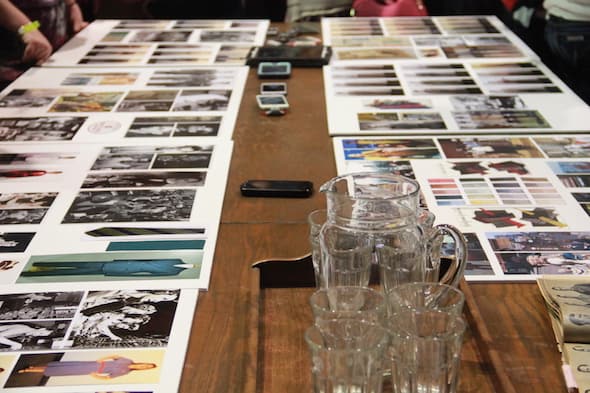 Melton and her team also made a bunch of fantastic inspiration boards to highlight key colors and just feelings that they were attempting to capture for each character. Getting a glimpse of these inspiration boards would be interesting. Being able to study them in detail was spectacular!

Then we moved into the SSR office and were set free to explore and take it all in. 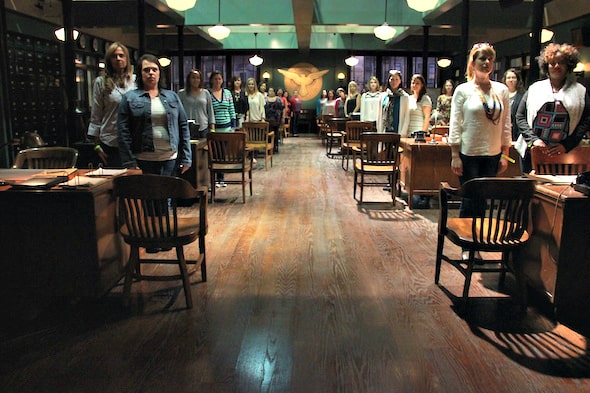 I don't know why, but I always assume almost everything on a set is fake. Like, I think props are made from styrofoam and furniture that looks heavy is actually made of plastic. I'm. always. wrong!

I learned that every effort is made to keep the set authentic. That means actual vintage typewriters, phones and all office supplies were sourced and found to use instead of creating replicas. It was all super interesting! 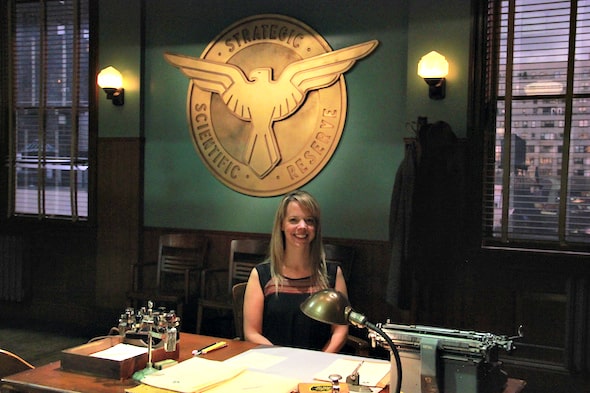 I think the magic of Disney/Marvel/ABC trips like these is that bloggers like me are treated like professionals while being given an ultimate fan experience. Example: In the midst of all the information about costumes and props and how the set is used, the Marvel executives let us all have our picture (by the Marvel photographer) taken at Agent Peggy Carter's desk! 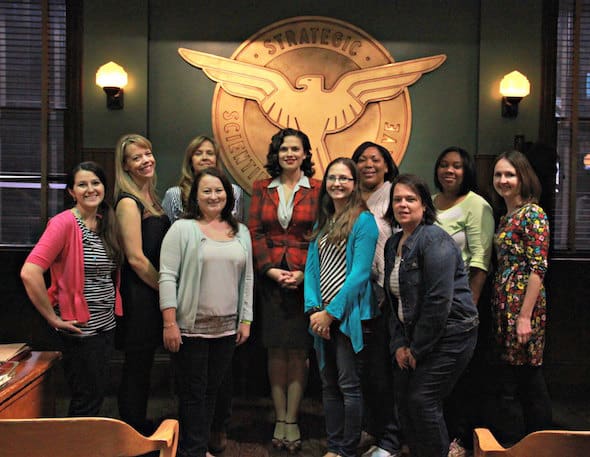 The absolute icing on the cake of the set visit was actually meeting Hayley Atwell, who plays Agent Peggy Carter on Marvel's Agent Carter.  In addition to taking photos with all of us, she was so kind and answered plenty of questions about her background, her costumes and much more!

On describing the character of Agent Carter, Atwell said, [Agent Carter is] capable, she's intelligent, she's vulnerable and she's living this double life, having to juggle so many things at once.

Based on what I've seen of Agent Carter, I love her description and really think it's spot on! I can't wait to see more of Hayley Atwell as Agent Carter!

Check out this teaser to get a better idea of how amazing Marvel's Agent Carter is:

Be sure to follow Marvel's Agent Carter on these social media channels to stay on top of all the details:

Disclosure: Disney and ABC flew me out to LA for the press trip and all experiences encompassed in it.