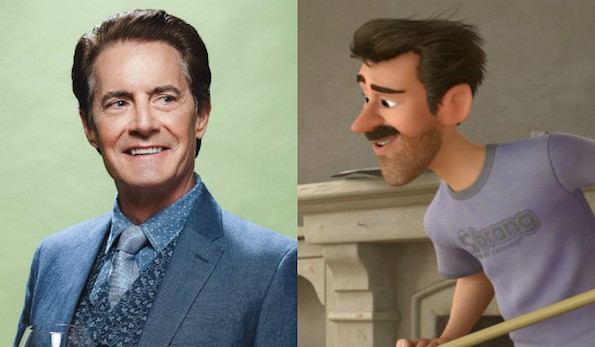 I love going on Disney press trips for so many reasons. One huge perk is learning about all sorts of different and exciting Disney information.

Sometimes the information is thoughtfully presented, like when I met executives from Marvel Studios and learned so much about Agent Carter and the Marvel Cinematic Universe. Other times, it’s just something that comes up in casual conversation.

Example: just before our group interviewed Inside Out‘s Kyle MacLachlan and Kaitlyn Dias (the voice of Riley), someone mentioned that the character Kyle MacLachlan voices, Riley’s Dad, has been named one of the “hottest Disney dads.” 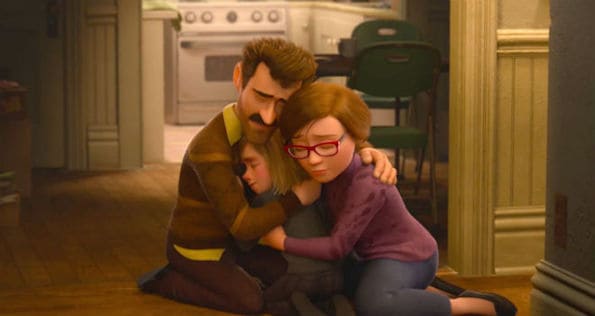 I know it’s weird. I didn’t bring it up and I certainly didn’t create the list about hot Disney dads!

There was only seconds between when it was brought up and when Kyle Maclachlan and Kaitlyn Dias entered the room. I could only wonder who would be the one to raise the question once the interview started!

Read on to find out how MacLachlan responded to the news. 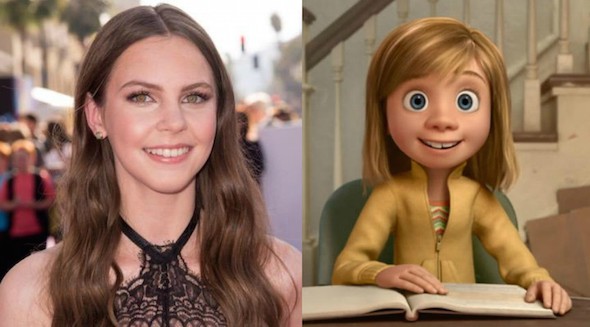 [To Kyle Maclachlan] There have been some online polls about Disney dads, and apparently your character is the Number One Hottest Disney Dad. Do you have a statement about this?

Kyle Maclachlan (KM):  [laughing] Hottest Disney dads…see when you first started talking I thought you said “dizzy dads,” and that made complete sense to me. But, well, that’s pretty good.

I’ll reign for another couple of weeks and then someone will knock me out of first place.

It’s all about the moustache, I think. When it comes down to it, I wish I could grow one!

KM: I’m a product of…I’m not going to say how long ago, but let’s just say the ’70s were the era where I was most focused on music.

While I do love AC/DC–that’s a fantastic band–my heart belongs to Zepplin. If I’m going to listen to something, I always seem to veer towards Led Zepplin.

Were you two able to record together and play off of each other, or did you record separately?

Kaitlyn Dias: No, unfortunately we were in different sessions. We probably would’ve had a blast!

KM: We would’ve had a lot of fun. I worked with Diane Lane one time right at the beginning. Our first recording session together. That was it. The rest of the time it was all just either to an image or sometimes looking at Pete [Docter] or Jonas [Rivera] (see how they answer the question, will there be an Inside Out sequel?) on the video monitor.

What drew you to the Inside Out script? Why did you want to do Inside Out?

Kaitlyn Dias: When they first brought me on, I didn’t see the full script. They had brought me on as the scratch voice.

So how amazing was it to stay on for the full feature film and now for the short after being one of those initial scratch voices.

Kaitlyn Dias: It realy blew my mind! I was 11 at the time. When I got the news I was going to be in the full film, I was like whoaaaa!

Were you able to relate with Riley and the script?

Kaitlyn Dias: I knew whwat it felt like to have to move away from friends a little bit. I didn’t physically move, but I did change schools in elementary school. I left a lot of my friends, but I eventually went back.

Was this your first time voice acting?

Kaitlyn Dias: It was.

KM: I’d done a couple of things, nothing of this scale, though.

What drew you to Inside Out?

KM: When Pixar calls, it’s hard to say no. But the early conversations I had with Jonas and Pete were really intriguing. I was going to be involved, but I was just curious as to how they were going to tell this story.

Was there any ad-libbing for either of you with the script?

Kaitlyn Dias: A little bit. There was definitely room for impovisation, and sometimes they would ask me to do something a little different, like emphasize a different word or rephrase a sentence.

KM: Similar for me. Pretty much what was on the page was what we did and we made that work.

Often I would offer a suggestion about interpretation and ask them to the best of their ability to describe the visual. Like, “Is the father moving through the room? Is he sitting?” Both Pete and Jonas were really helpful.

Did your work on this movie change your perspective on emotions?

Kaitlyn Dias: A little bit. The concept definitely gets inside your head. I sometimes feel like, “Oh, Joy must be at the controls now.” It gets into the way you think about your own thoughts.

KM: Very true. That was also  ture in speaking with Callum, my son about it. He would begin to refer to “My anger side” so he would recognize the emotions and identify with it.

What parts of your personality went into your character?

KM: Actually, a lot for me. I just brought in how I relate to my son. I like to think of myself as pretty patient and calm, relaxed. But there are moments when anger takes over.But I try not to have any of that in front of my son at all. Cool, calm and collected is what I like to be.

Kaitlyn Dias: Definitely a lot of me, especially in Goofball Island.

KM: I join you on that, by the way. We’re both really, really good in Goofball Island.

What was your favorite emotion in Inside Out?

Kaitlyn Dias: I’m going to have to go with Anger, because he has hilarious facial expressions. Plus he explodes and you can make s’mores on him.

KM: I think I like Joy. I tend to be in Joy mode most of the time. I thought just kind of the way she would manipulate sadness in the beginning and try to pull the wool over her eyes. That’s kind of what I do.

Kyle, you’ve done so many characters that explore a darker side. What was it like to be able to do a movie that you can watch with your son?

It was fantastic. Just knowing that I’m part of the Pixar family is such a great pleasure. It feels so good and something that’s really wonderful to be able to share with my son.

These two were such a fun, interesting pair to interview! It was so much fun to learn about their experiences making the movie and their thoughts behind it. 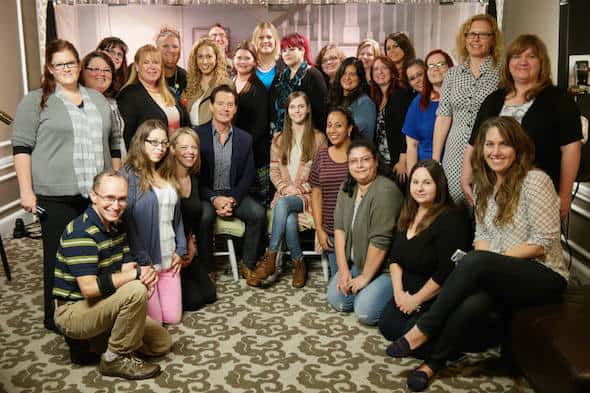 Inside Out with Riley’s First Date and other bonus features is now available on Blu-ray, DVD and Digital HD!

If you’ve never seen Inside Out, check out the official Inside Out trailer. Be prepared, you’re going to want to see the whole movie after watching it!

Buy Inside Out on Digital HD and watch it today, or get the Blu-Ray DVD combo and have it delivered to your door!