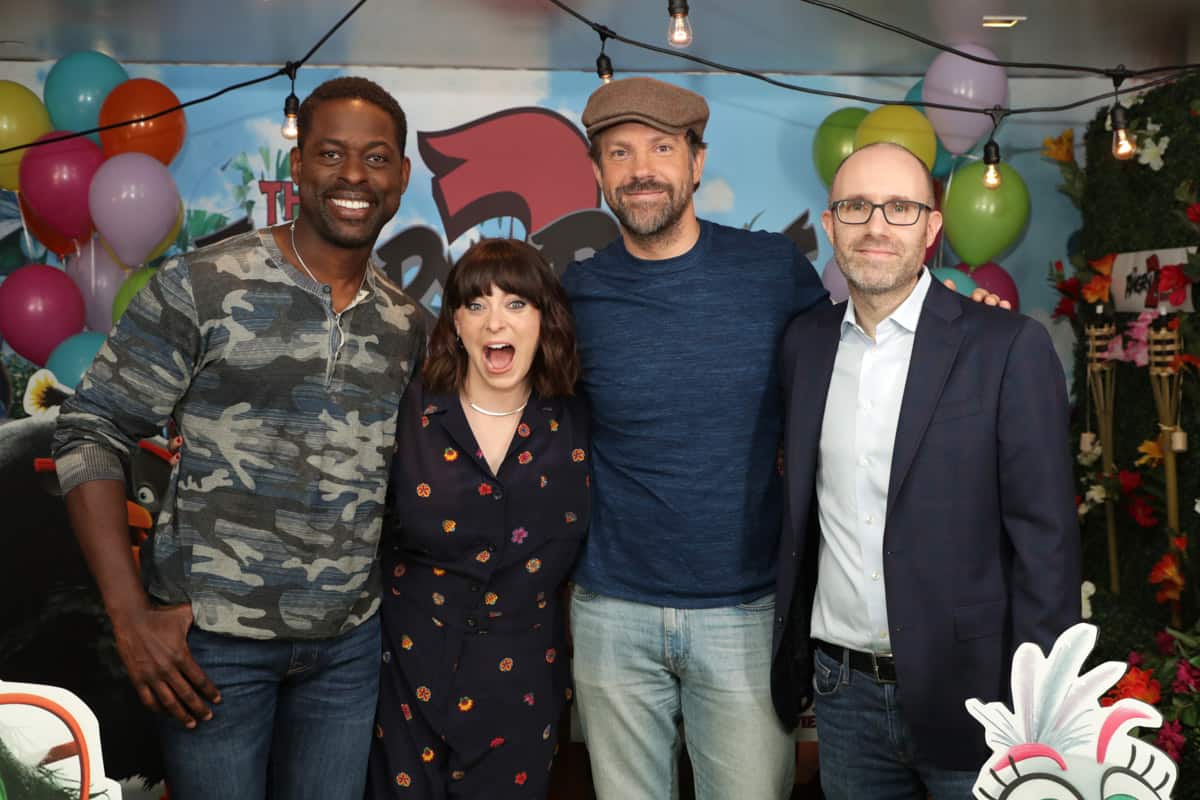 You may have noticed I've been all about The Angry Birds Movie 2 lately!

You can read my The Angry Birds Movie 2 parent review to see that it's a super funny, family-friendly movie. You can also read my interview with stars Jason Sudeikis and Rachel Bloom, or you can check out my experience making Angry Birds fan art with the director of the movie!

Finally, if your family is really into Angry Birds and Angry Pigs, don't miss my roundup of Angry Birds costumes for the whole family!

Today, I'm sharing the top quotes from my interview with John Cohen, the producer of The Angry Birds Movie 2!

John Cohen had a lot to say about the birds, friendship and Nicki Minaj when we talked about The Angry Birds Movie 2. Read it all now! 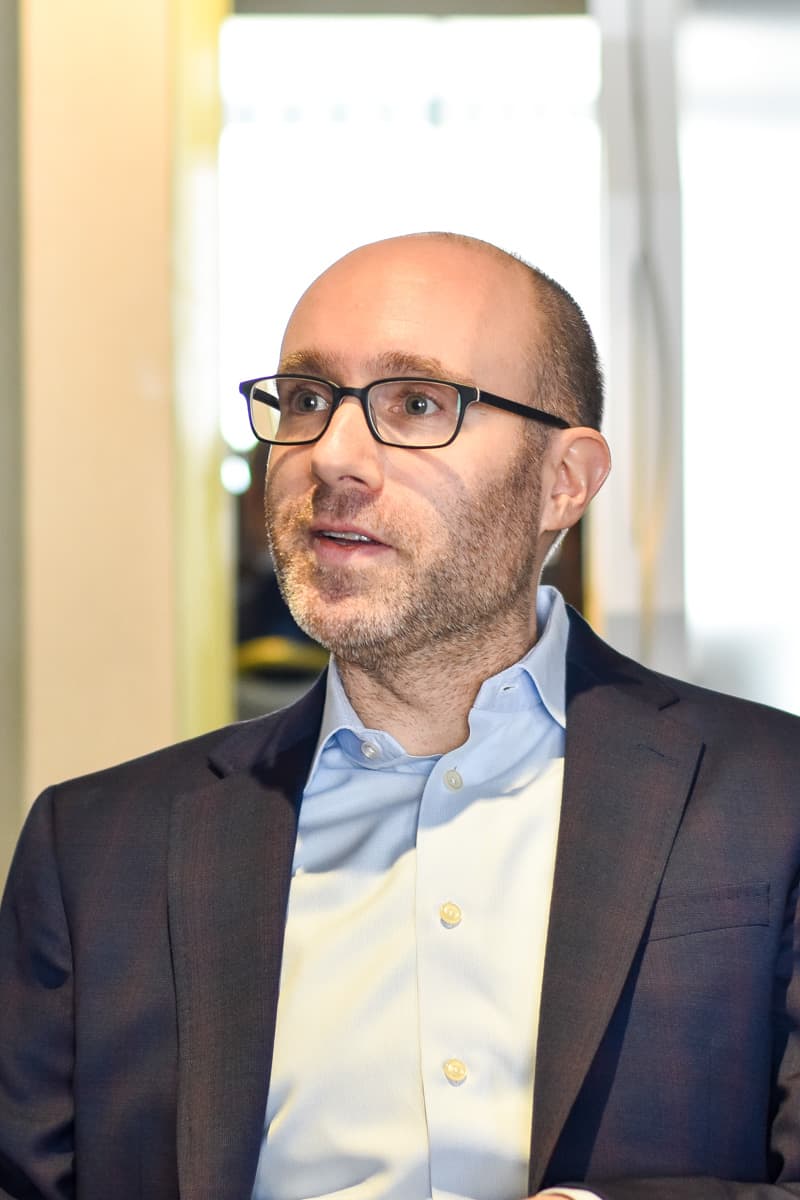 On the message he wanted The Angry Birds Movie 2 to send: 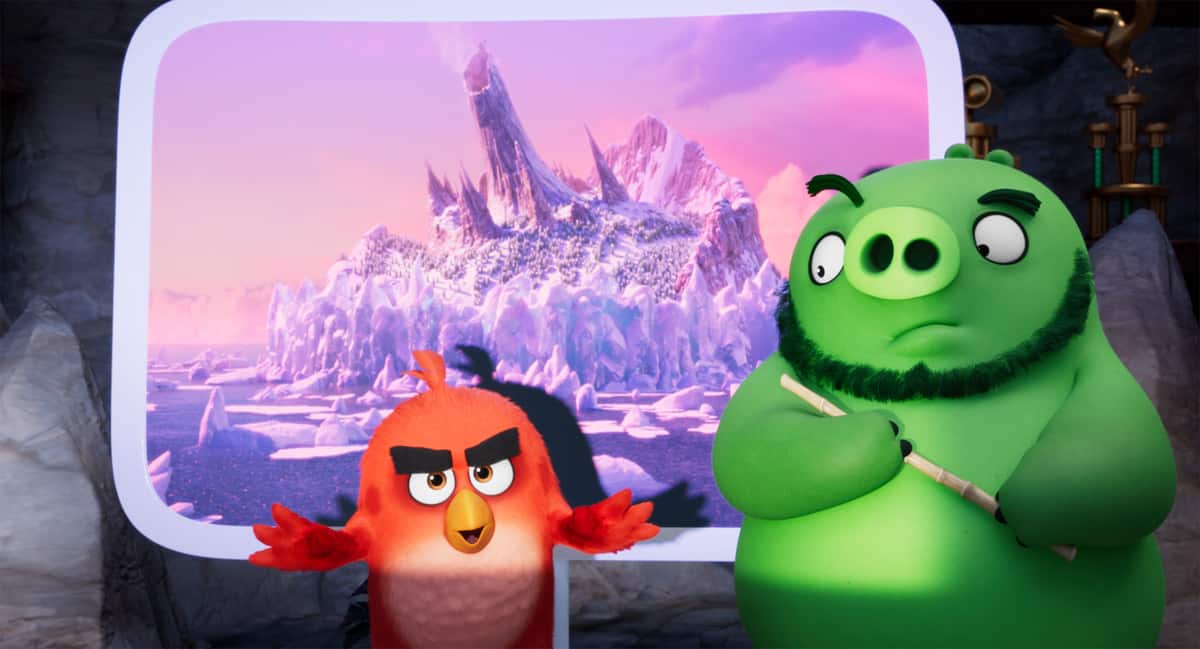 The movie is first and foremost a comedy. We want to entertain and we want to make people laugh. That's our first goal.

But it's always important in animated movies to have a message. Especially when a movie is playing to kids around the world. For us, the message is one of teamwork and coming together to work with others who are different than you.

There's a lot of things about the birds and the pigs and their world views that are different. Yet they find common ground and they work together.

On Nicki Minaj in The Angry Birds Movie 2 and how her fans support her:

To see how enthusiastic her fans are is just an exciting thing and we love the noise they're making online!

But first and foremost, Nikki is a wonderful actor. She's so great. We did the recording session at her house, which was so cool. We're thrilled she's in The Angry Birds Movie 2.

On the fast pace and abundance of jokes in The Angry Birds Movie 2: 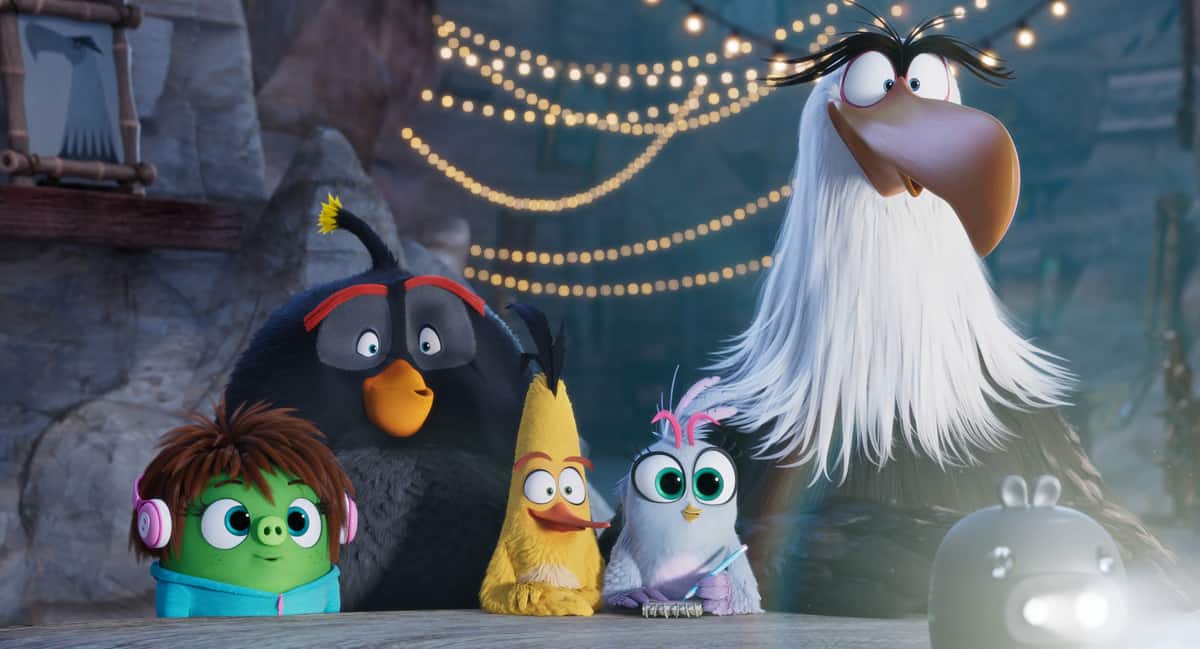 We had some really, really funny people that worked on this movie. Our art director, our storyboard artists, our writers and designers. They're all just some of the funniest people I've ever had the opportunity to work with.

On working with the cast of The Angry Birds Movie 2:

Our cast is filled with incredible improvisational comedians. Every one of them is not just a great actor, they're great writers. So when you have Leslie Jones or Awkwafina or Tiffany Haddish or Jason Sudeikis and Josh Gad all behind the booth in a recording session. When they're behind the mic, they just had so much great comedy in there. So much improvisation.

We had this amazing embarrassment of riches that we got to choose from when we listened to everything. It makes the experience of making the movie a lot of fun, but it also contributes to why the movie is as funny as it is. 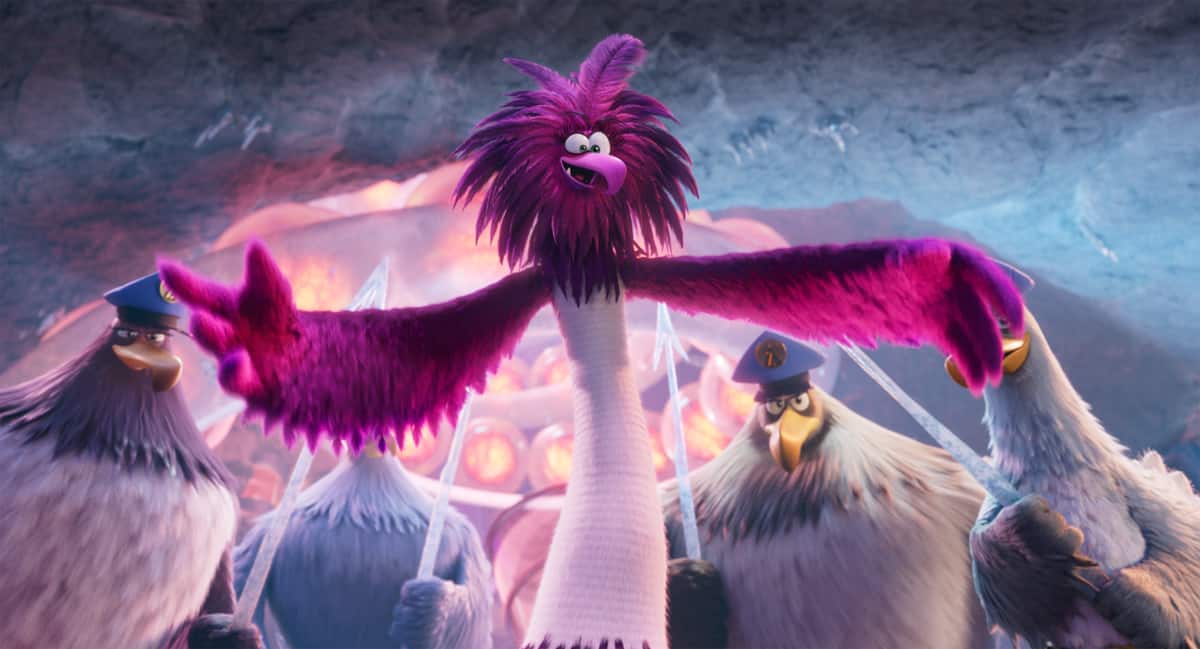 We're lucky enough to have Leslie Jones voicing her first starring role in an animated movie. Oh my gosh. she's a gift. She's amazing. She's so funny and so talented.

Maya Rudolph is just incredible. When you have these great actors come in, you  do start to reimagine the characters and their personalities based on what the actor does in a recording session. Then the character really takes on a life of their own.

How they chose the storyline for the movie: 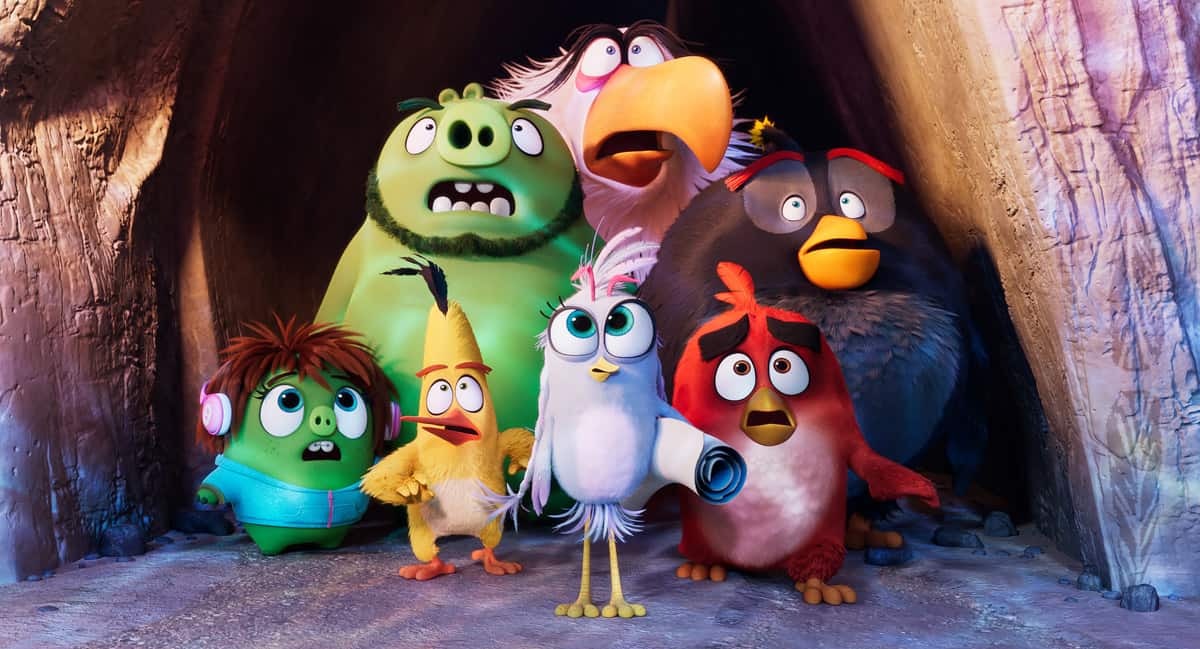 The first Angry Birds Movie was the game brought to life. It was honoring all the key things that people loved about the Angry Birds games and the people who played it.

With the second movie, we knew that audiences were going to expect more of the same; more birds versus pigs battling each other. We really wanted to surprise people and do something unexpected.

How The Angry Birds Movie 2 relates to Marvel movies: 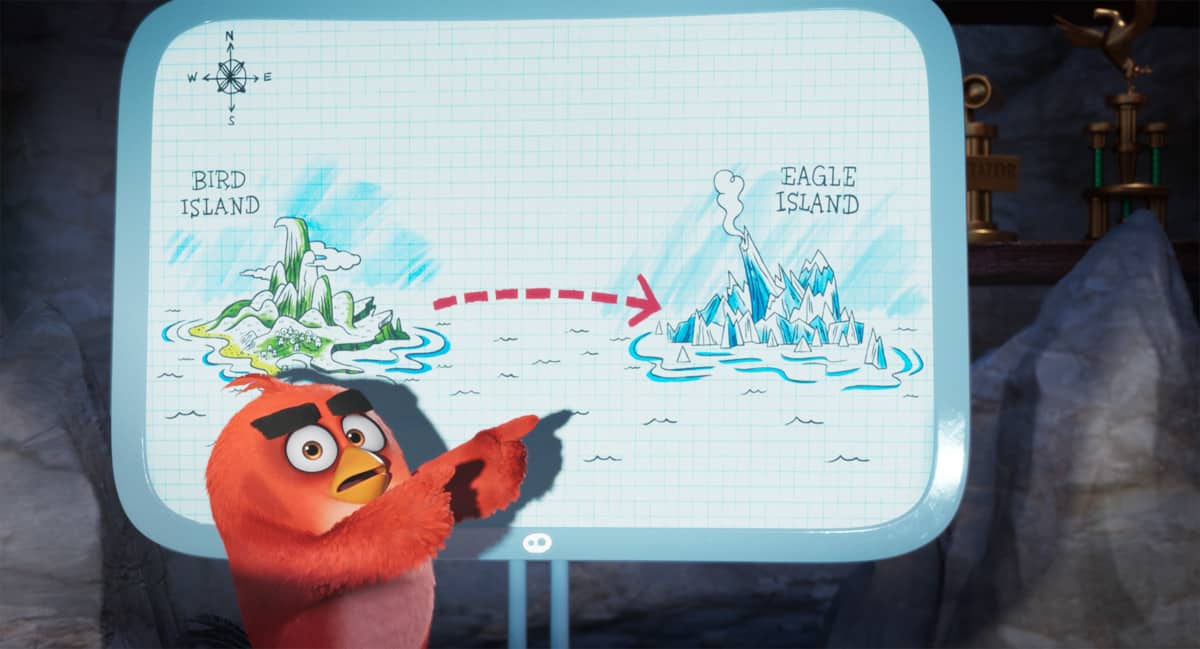 That's what led to the big idea, where there's a new villain that they've never met before from an island that they've never been to or heard of. Then the birds and pigs realize they have no choice but to team up and take the villains on.

It's not unlike when the Avengers came together for the first time, or the Guardians of the Galaxy. They had a lot of egos. They had trust issues, and a they had a lot of comedic friction. That led to a lot of our fun comedy. 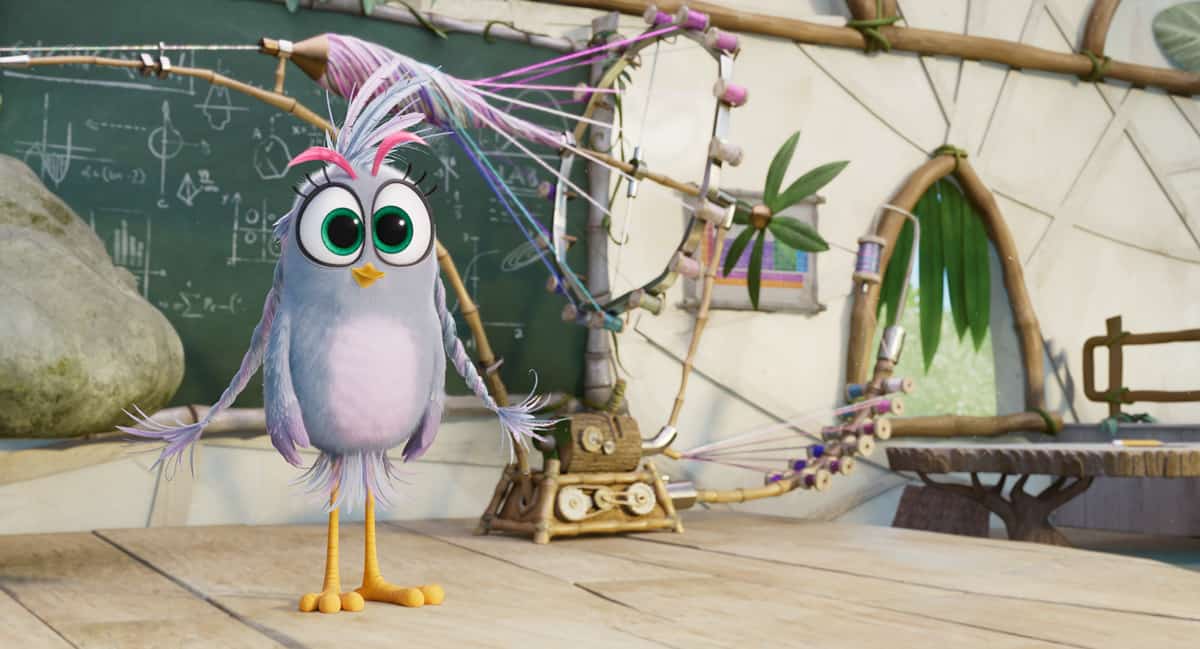 I love Silver. Silver is a character that I just think is wonderful. She's one of my favorite parts of the movie. I also love the hatchlings, those three little girls that go on a mission.

On the talent behind The Hatchlings in The Angry Birds Movie 2: 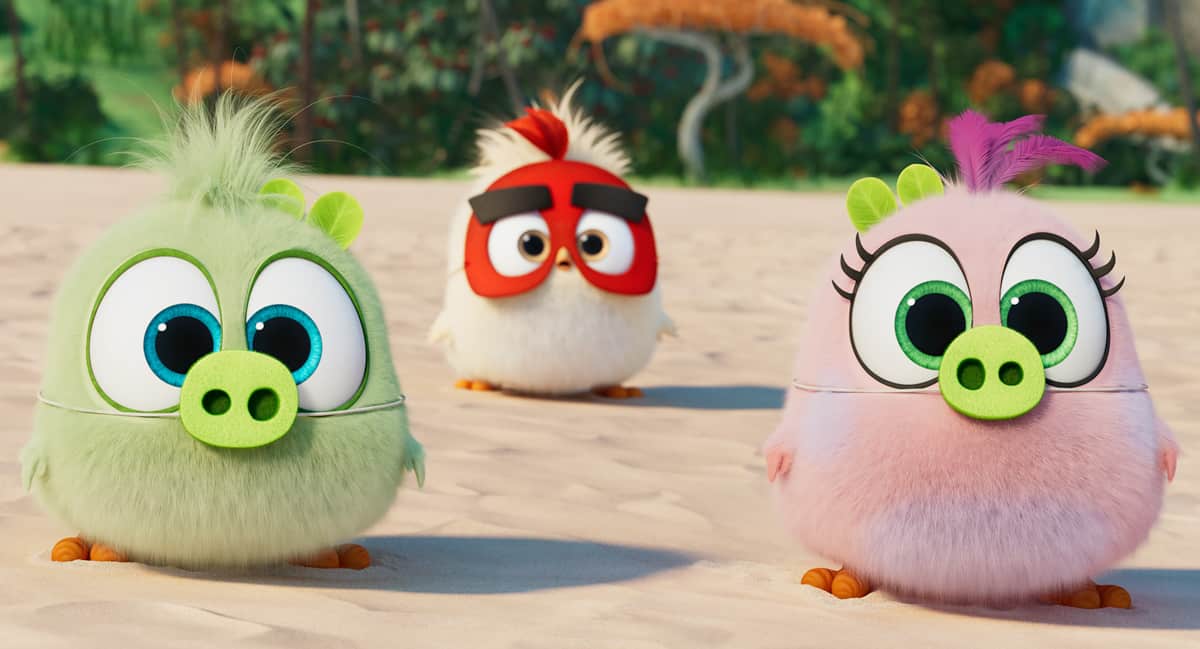 The Hatchlings are being voiced by:

The other hatchlings are voiced by real little kids making their acting debuts. It's so adorable to get to hear their voices that are so real and natural and have os much charm. 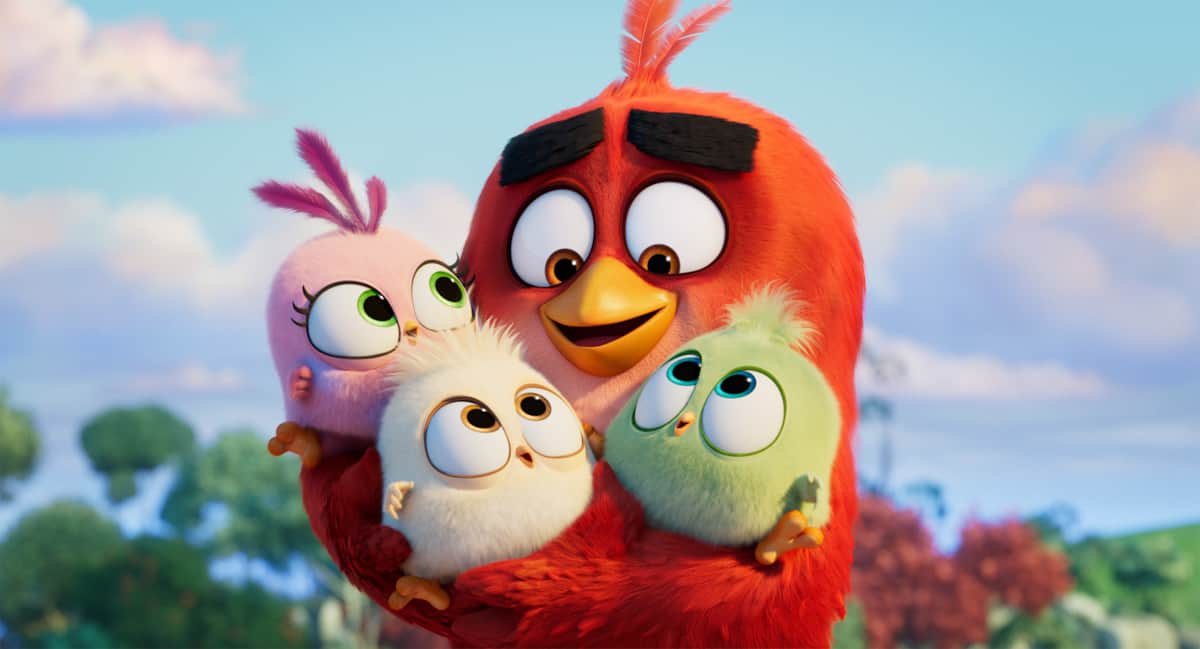 The biggest challenge I also see as our biggest opportunity. When you're making a movie based on a video game, there isn't a lot that's been defined. For us, we could honor the characters that people know from the games, but we were able to create and tell an original story, especially in this movie.

We weren't as bound to staying true to anything specific. We could expand beyond it. So for us, it's the opportunity to create an original movie that happens to be based on something that 4 billion people have downloaded. It's kind of the best of both worlds. 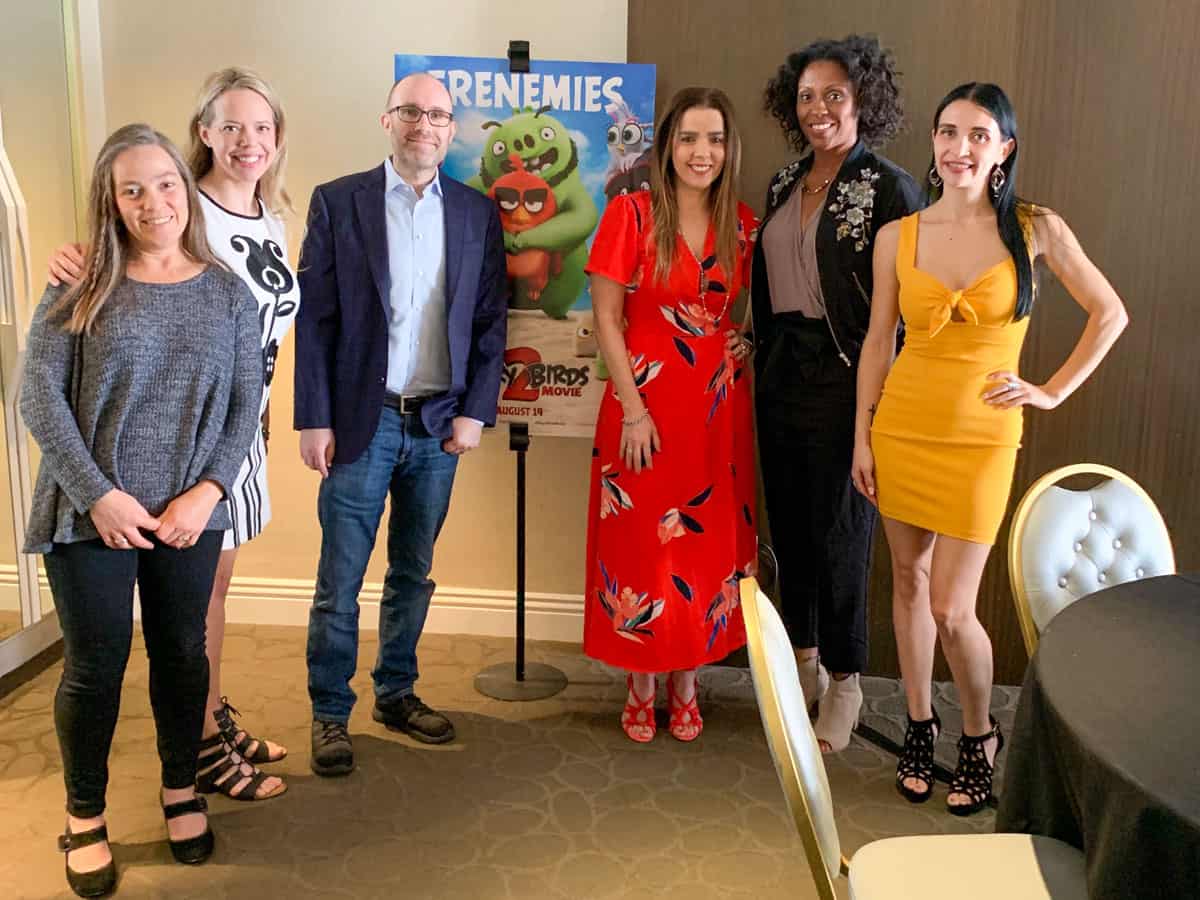 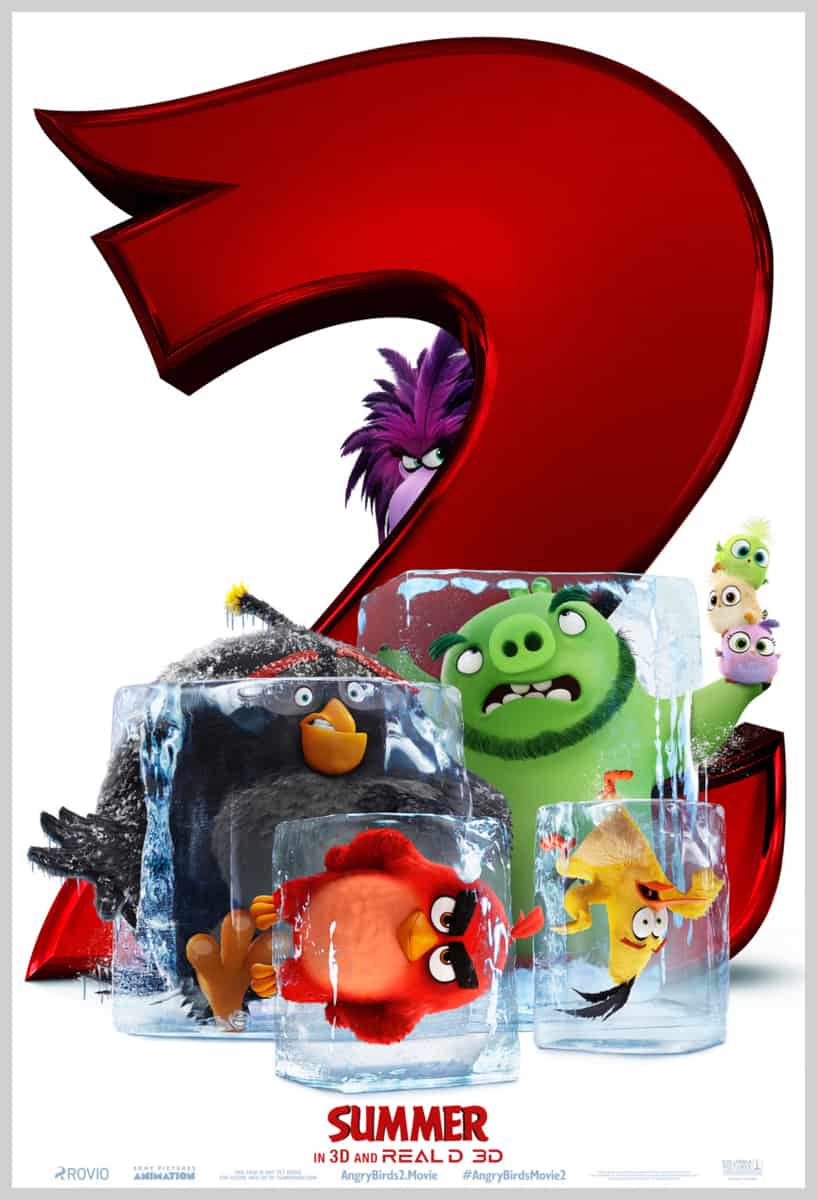 The Angry Birds Movie 2 is in theaters everywhere now! Get your tickets and see your local showtimes here.