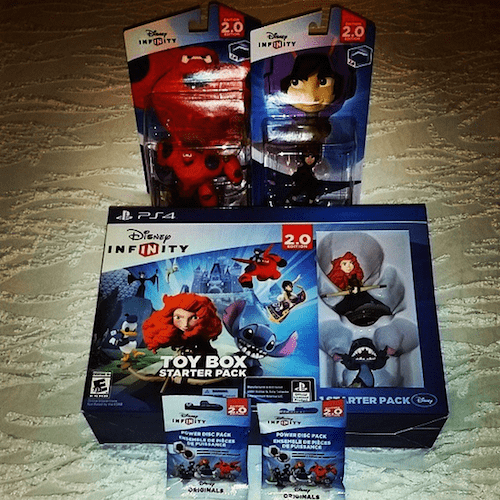 If you followed me on Instagram while I was on the Big Hero 6 Disney press trip you may have picked up on my excitement when I shared the above photo.

During the Big Hero 6 press day at the Disney Animation Studios we had a short meeting to introduce us to Disney Infinity 2.0.

I’m going to start off by saying that I’m not a video game person at all. It’s not that I’m against them. I’ve honestly tried to like them, but they just don’t hold my interest.

I’ve seen Disney INFINITY in action a few times recently, and I was already thinking that if there was ever a video game I could see myself liking, it would be the world of Disney INFINITY. At the same time, I had no idea how robust the Disney Infinity Game System was, and how much could be done with the various pieces and aspects of the game!

Characters, playsets and other features are brought into the game using figurines and discs with the included INFINITY Base. With the exception of non-humanoid characters, such as those from the Cars series, each character has a double jump and a default set of attacks, as well as an ability unique to each figure.

For example, Sulley and Jack Skellington can roar to scare others while Violet and Randy can turn invisible. There are two main modes in this game: Play Set and Toy Box. Each playset is essentially a self-contained world with its own gameplay, based on a specific film or series with recognizable characters and storylines.

Characters from one world cannot enter into another world, but players can put any characters together in Toy Box mode. Toy Box is a sandbox mode that players can fully customize and explore. 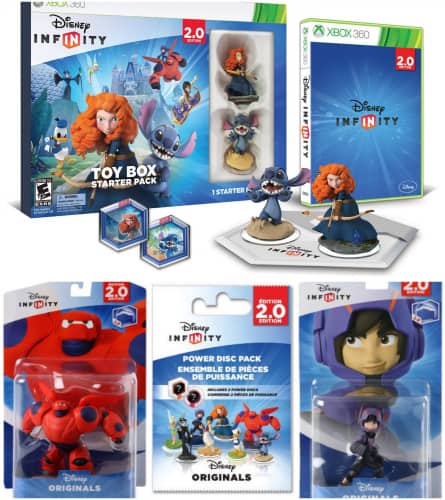 I feel extremely lucky, because Disney gifted me with all of these items on my last Disney press trip:

There are 2 things I love about Disney INFINITY:

The first thing I love is that Disney INFINITY creates a world for the players. The world expands and changes as a user plays the game, and the changes can be enhanced with additional purchased pieces. The world can be completely customized to each player’s liking.

The second thing I love about Disney INFINITY is that it’s designed to grow with the children who play it or it can be a challenge to any adult who wants to use it. New Toy Boxes can be downloaded or created, or inexpensive new characters (they’re generally under $15 each) can be added making the game new again.

If I was at a point where I was buying a video game system for my children I would definitely buy a console that worked with the Disney INFINITY system! I love how much you can do with it, and I love the idea of bringing the world of Disney into video games!

Disclosure: I received the toys above during a recent Disney press trip. All opinions are honest and my own.