Make your own homemade electrolyte drink with this easy recipe and simple, natural ingredients! Safe for all ages, kids and adults can also use the recipe for a tasty and natural DIY sports beverage. 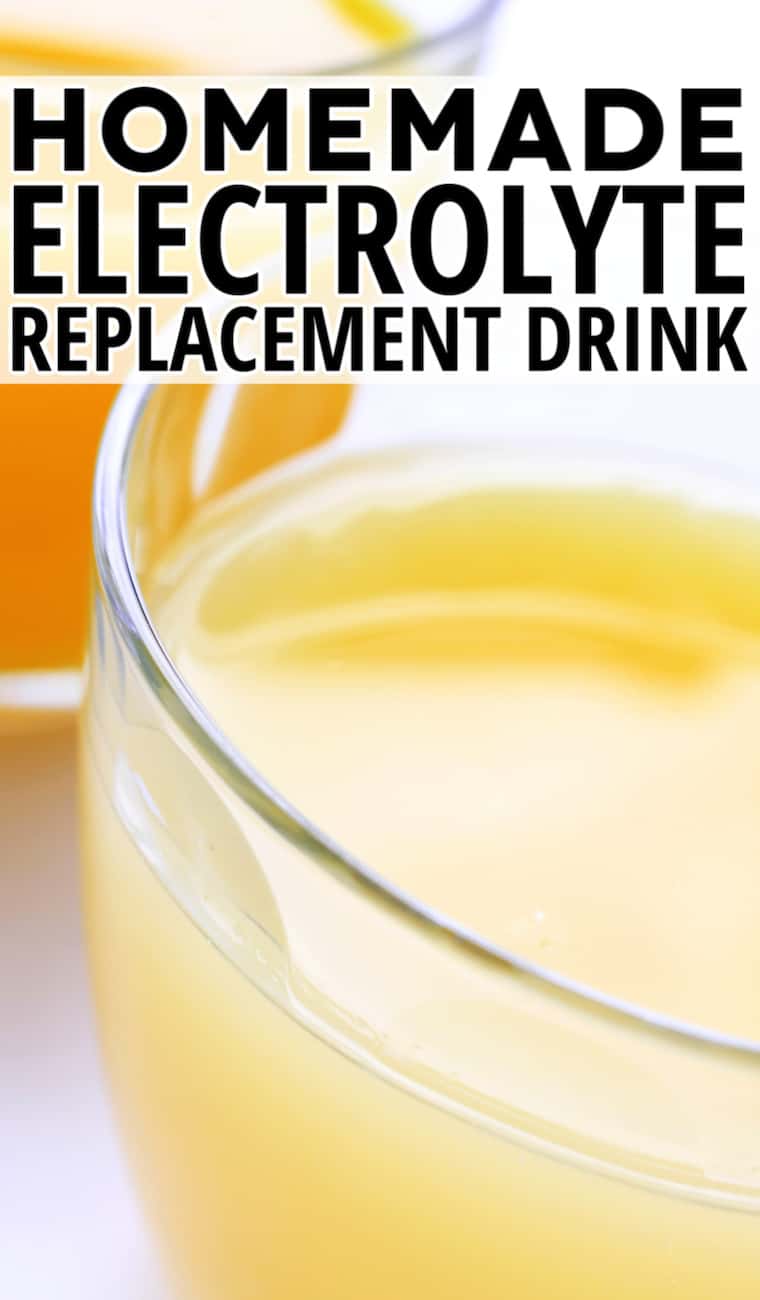 My husband was sick a few weeks ago. Like, really sick. I feel terrible about it, but I didn't take him seriously at first. In addition to downplaying his symptoms. He also looked ok and he didn't describe the way he was feeling in a way that made me concerned.

It wasn't until a full day later that I noticed he wasn't eating much. A closer check revealed a significant fever. I can't even explain how bad I felt once I realized he was really and truly sick!

Once I plugged his symptoms into Doctor Google, it became clear that he had the flu. I knew he could get on medication to treat influenza so he hopped online to connect with a doctor.

In addition to doling out prescriptions for Tamiflu and cough medicine, the doctor instructed him to get lots of rest and drink plenty of fluids. He suggested electrolyte drinks in addition to good old water to stay hydrated. 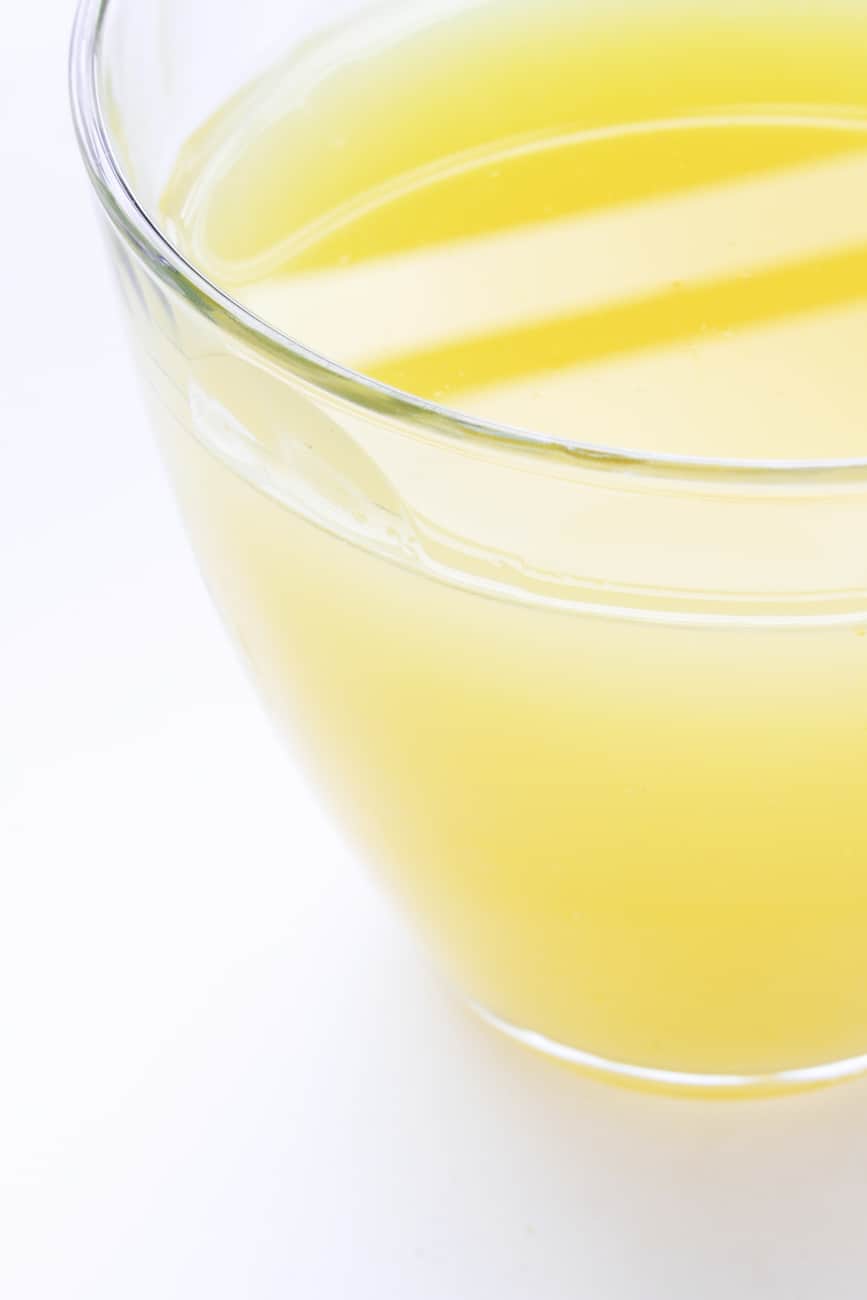 I've been making this homemade Pedialyte recipe for our kids for years, but I wondered if there was a homemade electrolyte drink replacement recipe that my husband would drink. I learned a ton while I was researching it!

People with the flu need to be very concerned about dehydration. Since I'm not a doctor, please check out this Mayo Clinic article for a ton of useful information. It can happen very quickly, and patients may not recognize the symptoms of dehydration until it's a serious problem.

Dehydration is when you take in less fluids than your body uses. It means your body doesn't have enough water and fluids to do its normal functions. While dehydration seems like a casual problem, it's an issue that can quickly become serious.

People who are ill are at risk for dehydration due to sweating, vomiting and diarrhea. 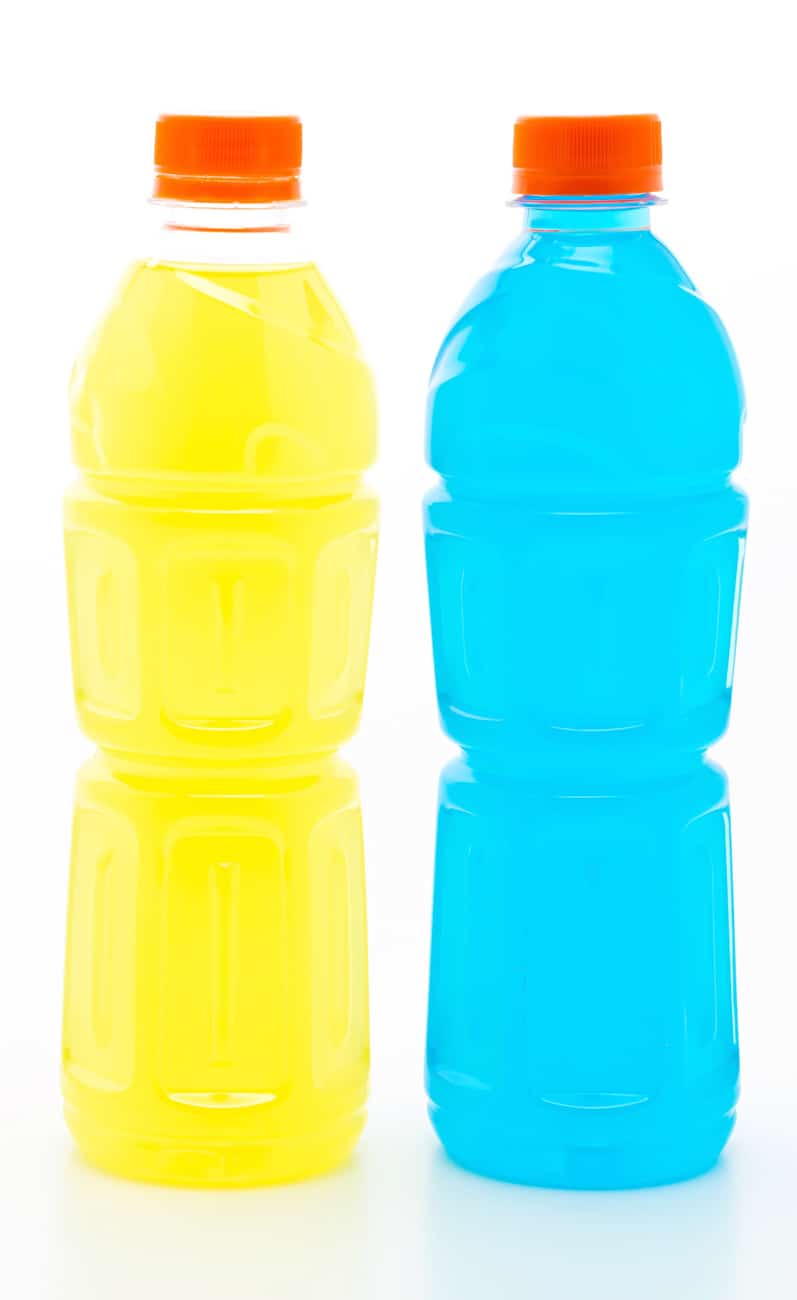 I'm sure you've heard the word electrolytes before. We all know they go hand in hand with dehydration, but what are they? What do they do? Why are they important?

What are electrolytes and what do they do?

According to Cedars Sinai, electrolytes are essential minerals that are vital to many important bodily functions. These minerals include sodium, calcium and potassium. Other minerals classified as electrolytes include calcium, magnesium and phosphate

Thankfully, our regular diets usually regulate our electrolytes – we usually don't even need to think about it!

Why are electrolytes important?

When those minerals are gone, your brain stops communicating with your muscles. That includes involuntary muscle movements like breathing and heartbeats.

Since we lose electrolytes in the same ways we also become dehydrated (sweat, vomit and urine), the two problems go hand in hand. We can also treat them at the same time.

How to Treat Dehydration

There are several ways to rehydrate, and making your own homemade electrolyte drink is just one of them!

Drinking water is the first step in getting rehydrated. It's absolutely the easiest way to get fluids back into your body. Drinking enough water is also the best way to prevent dehydration in the first place. 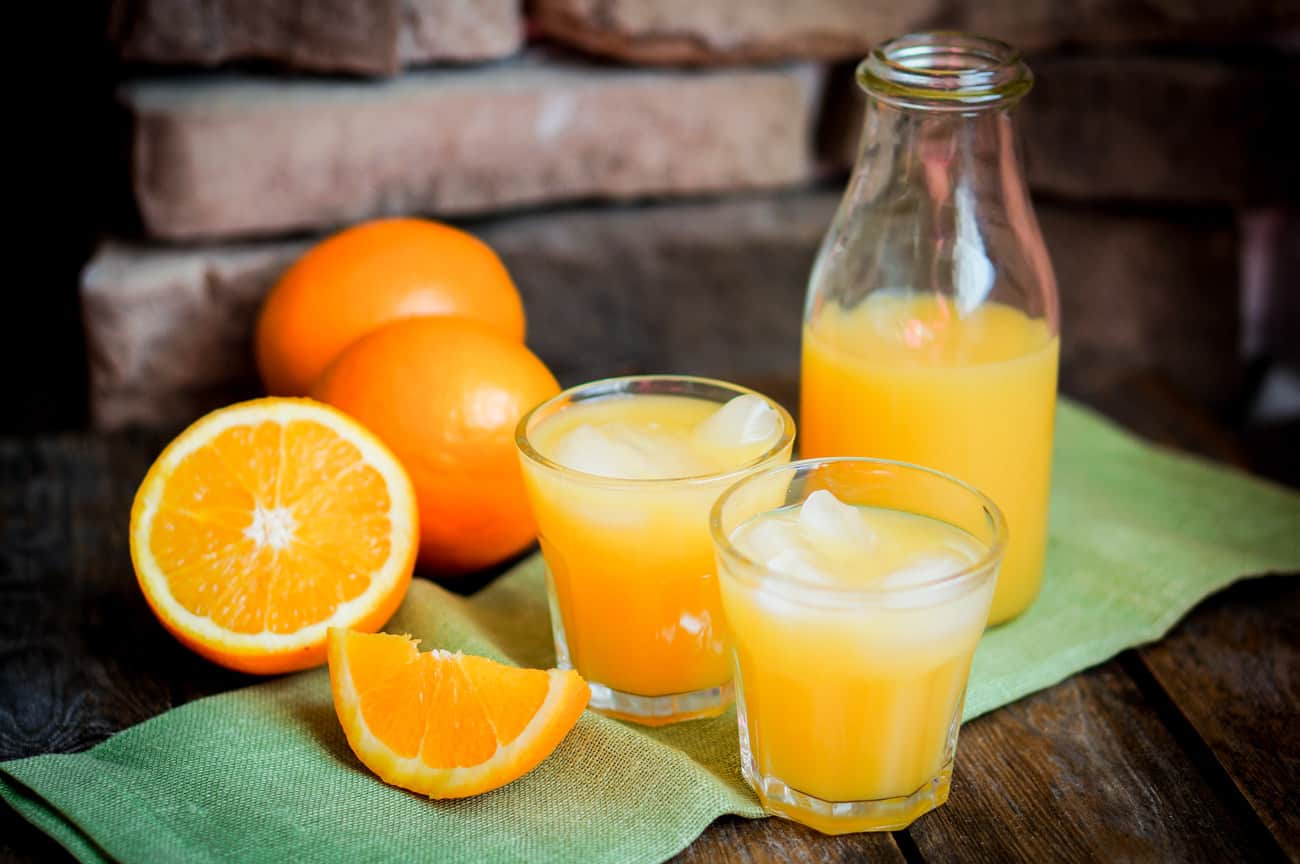 The same benefits as water, with the possible addition of sugar, sweetener or food dyes. Popsicles, like this vanilla orange juice popsicle recipe, also do the trick!

Gatorade, Powerade and Propel are the most popular sports electrolyte drinks. They'll work to rehydrate and replace electrolytes in your body. They also usually contain a ton of sugar, food dyes and artificial flavors.

You might not want all those additional ingredients. You can easily skip all of them when you make your own electrolyte drink instead of buying it.

Coconut water is not coconut flavored water. It's the clear fluid found inside the coconut.

Parents may be familiar with Pedialyte, the electrolyte replacement drink commonly administered to babies and young children. It's safe for all ages, from infant to adult.

My problem with Pedialyte isn't complicated: my kids simply never liked it. Everyone knows that it's impossible to make a baby or toddler drink something they don't want. Those circumstances forced me to come up with my own DIY pedialyte. 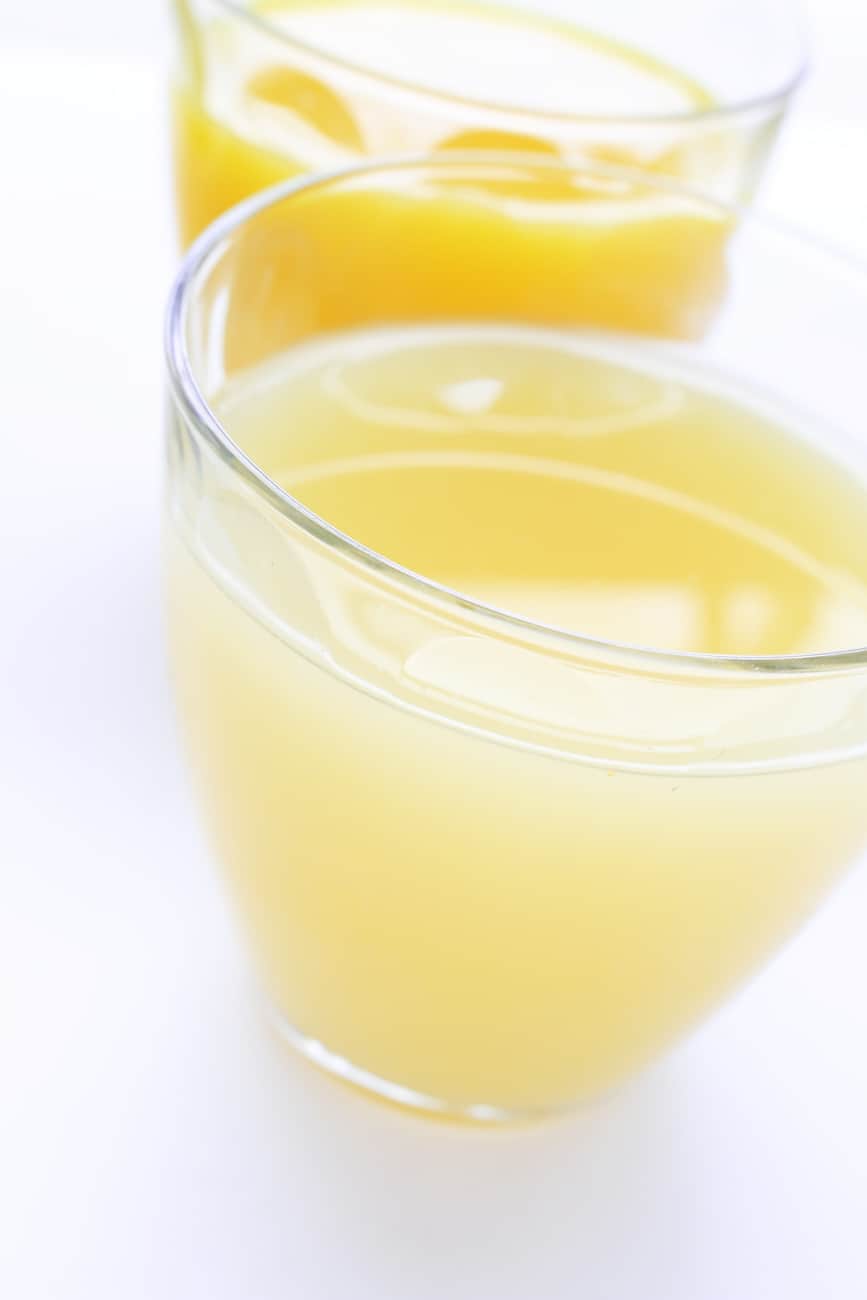 All of the above hydration options bring me to this: my recipe for a homemade electrolyte drink. In my opinion, it's a great choice for replenishing fluids and replacing electrolytes your body needs! It's like a homemade Gatorade without all the extra ingredients.

My homemade electrolyte drink recipe has all of the benefits of water, plus the addition of salt and other minerals. It doesn't have any crazy artificial or unnatural sweeteners, and it definitely doesn't have artificial dyes and food coloring.

How to Make a Homemade Electrolyte Drink 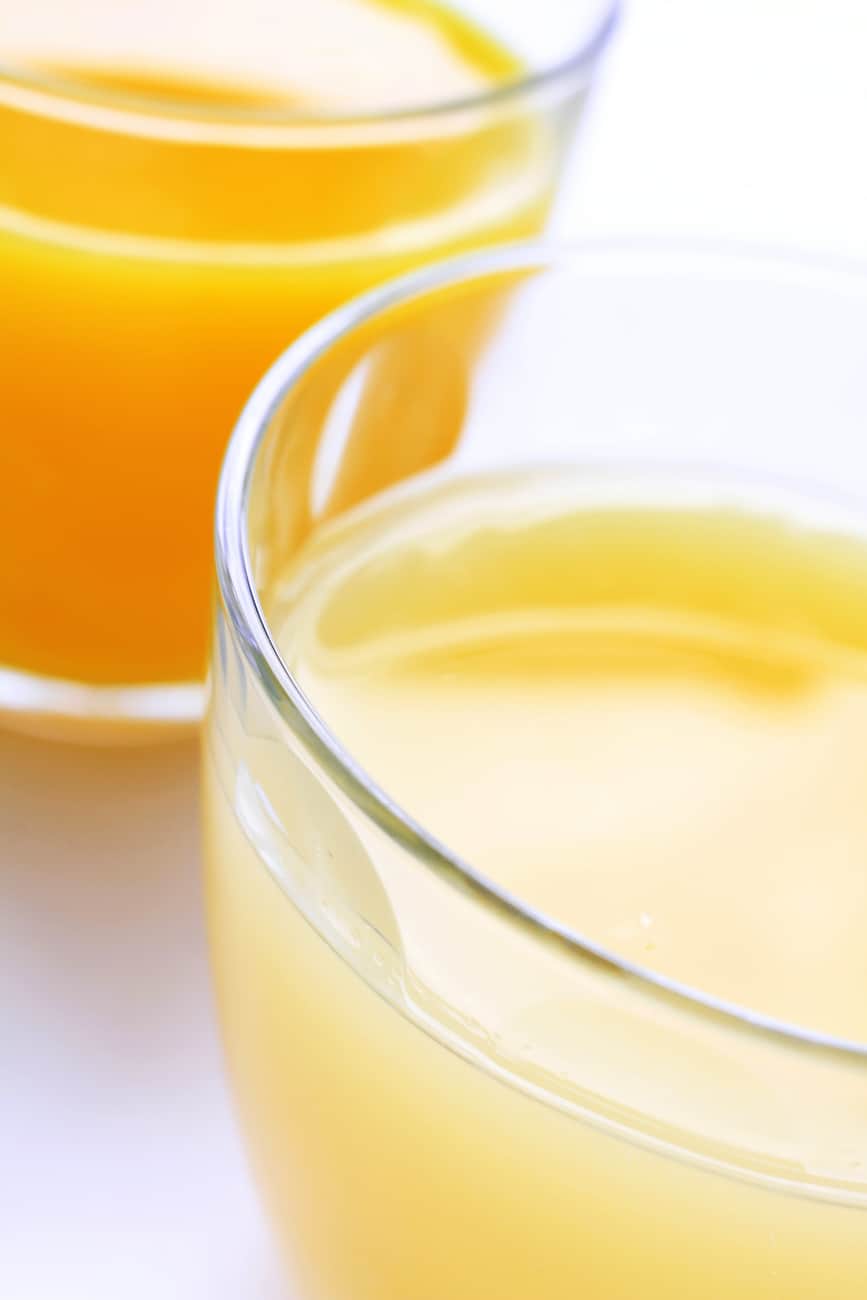 Making a DIY electrolyte drink is easier than it sounds! You start with nature's hydrator: water!

Then you mix it up with some natural juices and natural sweetener (like sugar, honey or maple syrup). Your last addition is sea salt or Himalayan salt and a pinch of baking soda for those electrolytes.

Boom. You've made your own electrolyte replacement drink in about 60 seconds. You're on your way to healing, rehydrating and feeling better in almost no time at all!

You can store your drink in the refrigerator for about 3 days. Don't make too much at one time. It's a super easy recipe, and you can always make more.

Be sure to scroll down for a printable version of the homemade electrolyte drink recipe!

Can I use table salt instead of Himalayan salt or sea salt in this recipe?

Yes. The Himalayan pink salt and sea salt both contain trace amounts of other minerals that may help with electrolyte replacement, but table salt is definitely a fine alternative.

Yes. Baking soda is sodium bicarbonate, which is a different kind of salt than table salt (sodium chloride).

Our bodies use both kinds of sodium as electrolytes to meet different needs. Here's why athletes often use baking soda as part of their hydration efforts:

Strenuous exercise leads to the buildup of lactic acid with associated muscle pain and fatigue. The longer an athlete can delay lactic acid buildup, the better his performance…

Is this homemade electrolyte drink a substitute for Gatorade?

Yes. This isn't necessarily a copycat Gatorade recipe, but they work the same way.

Can I use a sugar alternative in the recipe?

Absolutely! The sugar, maple syrup or honey is for improving the taste of the drink. You can easily lower the calories and carbs in this drink by using a sugar alternative.

If you want to make sure it remains a natural homemade electrolyte drink, you should stick to stevia or another natural option.

Also keep in mind that you'll need to adjust the measurements to your taste.

Here are a few suggestions for sugar substitutes:

Do you have other questions? Please leave a comment and I'll do my best to answer them.

You can substitute the sweetener of your choice for sugar. Make sure you adjust for the taste.

You can also use sea salt or regular table salt for Himalayan pink salt.