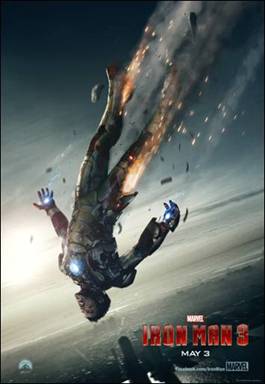 The first two Iron Man movies were incredible, and all signs are pointing to Iron Man 3 being just as amazing!

The image above was just released–it actually made me move to the edge of my seat! It looks pretty exciting, doesn’t it?

Also, Marvel just uploaded a 10-second teaser on YouTube that’s a preview of the preview that will be airing during the Super Bowl:

Iron Man 3 will be released on May 3rd, 2013 and distributed by Walt Disney Studios Motion Pictures.