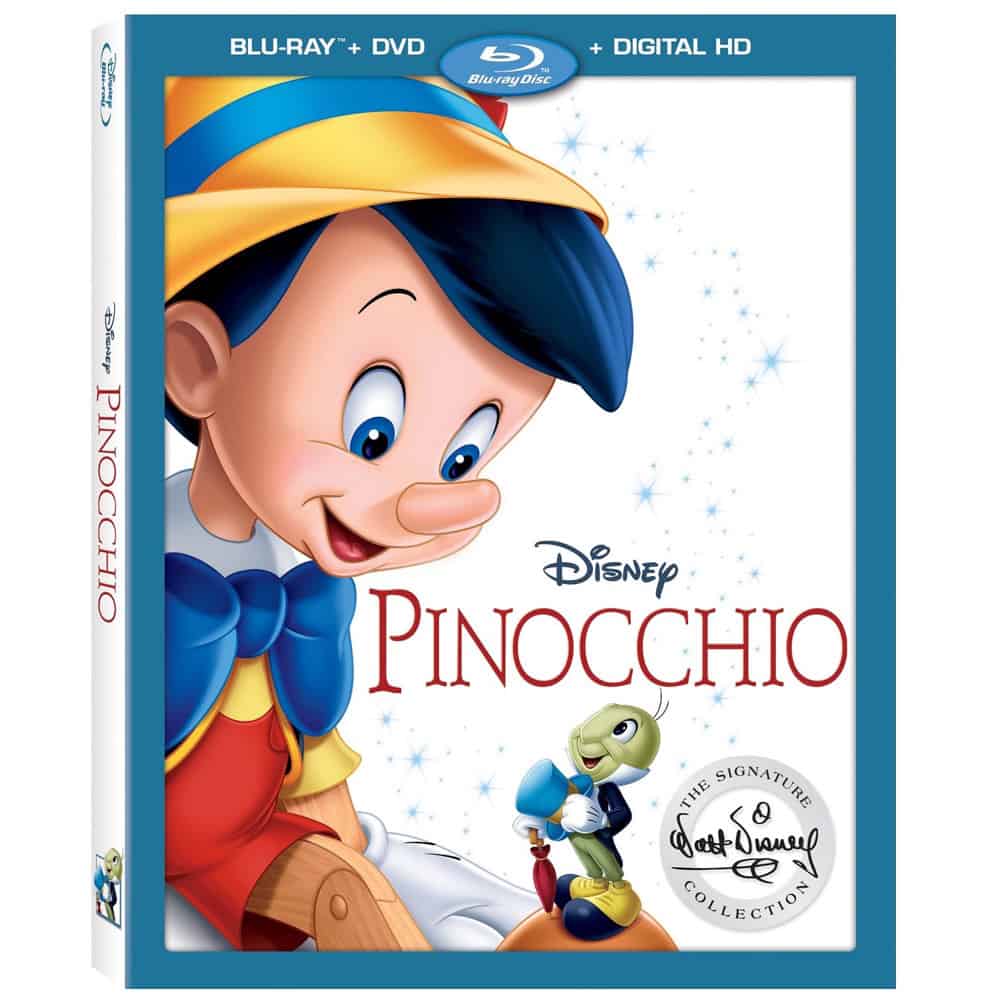 Disney’s classic film Pinocchio is finally available on Blu-ray, DVD and Digital HD. This is the Walt Disney Signature Collection which means there are some amazing all new bonus features that any Disney fan needs to see!

In a hurry? Click here to learn more about the addition of Pinocchio to the Walt Disney Signature Collection!

First watch the Pinocchio trailer. If you’ve ever seen this movie I promise it will bring back memories. If you Disney even half as much as I do you’ll get chills!

I’m celebrating Pinocchio’s release by sharing some clips from two amazing bonus features. These clips are straight from the bonus features that can be found on the Blu-ray and digital versions of Pinocchio. They’re extra special because they’ve captured some of the early days of animation. You can learn about the processes Walt Disney used when he created Pinocchio!

The first clip from Pinocchio showsWalt Disney’s process as he created Pleasure Island in the film.

The second clip is short but there’s so much fun and feeling in it! I loved hearing about the history and the personal details about Walt Disney that I didn’t already know!

Check it out here:

Bonus features on the Blu-ray and Digital versions of Pinocchio include:

About Pinocchio‘s return to the Walt Disney’s Signature Collection:

“Pinocchio” is considered one of the greatest animated films ever made, with two Academy Awards® — for best original score and best original song “When You Wish Upon a Star” – and a rare 100% rating on Rotten Tomatoes.

Now, it will delight a whole new generation of dreamers with its masterful animation, unforgettable characters and award-winning music.

The Walt Disney Signature Collection release includes hours of classic bonus material and exclusive features including a reinvented rendition of “When You Wish Upon a Star” created and performed by music influencers from Disney’s Maker Studios; never-before-seen artwork from the film’s Pleasure Island sequence; archival recordings of Walt himself during “Pinocchio” production; and a recently restored and scored 1927 short featuring Oswald the Lucky Rabbit.

“Pinocchio” tells the tale of wood-carver Geppetto’s beloved puppet who embarks on a thrilling quest – with faithful friend Jiminy Cricket – that tests his bravery, loyalty and honesty, all virtues he must learn to fulfill his heart’s desire: to become a real boy.

Pinocchio is available on Blu-ray, DVD and Digital HD now! Buy it today!

Disclosure: Disney and the affiliated PR agency provided me with this movie to facilitate this post.