↑
Home » Entertainment » Lots of New Posters and a Trailer for Marvel’s AVENGERS: AGE OF ULTRON 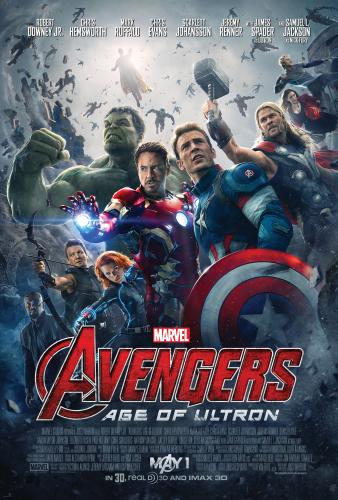 Remember my mission to convert any reader who says “I don’t like superhero movies” into a Marvel movie fan? I’m hoping at least a few of you have watched Iron Man. If you have, what did you think? I really want to know!

I have a few new things to share about Marvel’s AVENGERS: AGE OF ULTRON, the first of which is the new movie poster at the top of this post. It looks pretty intense, doesn’t it?

That’s not the only new poster. Marvel Studios released individual posters for each of the main players in the Avengers. Here’s a collage of all of them:

Need more to look at? There’s also a brand new AVENGERS: AGE OF ULTRON trailer to see! Take a look below:

If you’ve missed previous posts, here are links to other trailers for Marvel’s AVENGERS: AGE OF ULTRON:

I’ll be bringing you the most updated Marvel Studios information, but be sure to like THE AVENGERS on Facebook and follow THE AVENGERS on Twitter to stay on top of all the entertainment news!