A few days ago I shared that I had the opportunity to interview Adam Sandler, Kevin James, Josh Gad, Michelle Monaghan and Christopher Columbus to talk about Pixels.

I knew that the interview portion of the Pixels press conference would be quick but I had plans to arrive at the venue extra early. This was one press event that I didn’t want to miss! 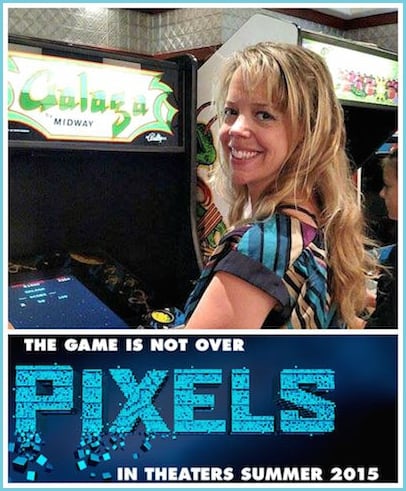 I generally don’t have a problem keeping myself busy while waiting for an event to begin, but Sony and Pixels made it extra easy to stay entertained while I waited:

They had brought in five of the classic video games featured in Pixels for the press conference participants to play while we waited!

If you’re not familiar with Pixels, it opens July 24th and it’s full of throwback video games! Here’s a quick synopsis and the film trailer:

When aliens intercept video feeds of classic arcade games and misinterpret them as a declaration of war, they attack Earth, using the games as models.

Knowing that he must employ a similar strategy, President Will Cooper (Kevin James) recruits his childhood pal, former video-game champ and home-theater installer Sam Brenner (Adam Sandler), to lead a team of old-school arcade players (Peter Dinklage, Josh Gad) and a military specialist (Michelle Monaghan) to save the planet.

Now that you have an idea that the movie is all about video games, I want to share details on the most recognizable classic arcade games from Pixels. 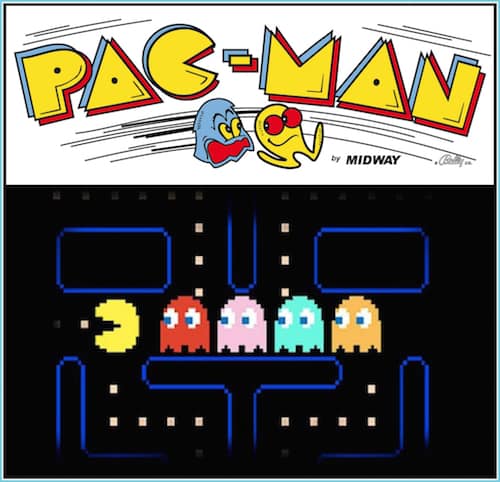 The player controls Pac-Man through a maze, eating dots. When all pac-dots are eaten, Pac-Man is taken to the next stage. Four ghost enemies (Blinky, Pinky, Inky and Clyde) roam the maze, trying to catch Pac-Man.

Near the corners of the maze are four larger, flashing dots known as power pellets that provide Pac-Man with the temporary ability to eat the enemies. The enemies turn deep blue, reverse direction and usually move more slowly.

When an enemy is eaten, its eyes remain and return to the center box where it is regenerated in its normal color.

Blue enemies flash white to signal that they are about to become dangerous again and the length of time for which the enemies remain vulnerable varies from one stage to the next, generally becoming shorter as the game progresses.

If an enemy touches Pac-Man, a life is lost and the Pac-Man icon dies.

When all lives have been lost, the game ends. 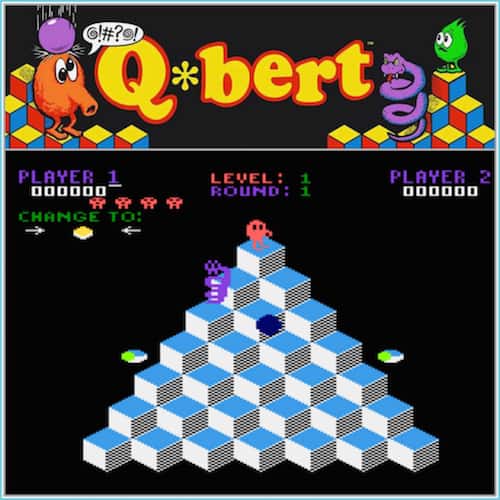 Q*bert is an action game with puzzle elements in a three-dimensional look.

The player controls Q*bert, who starts each game at the top of a pyramid made of 28 cubes, and moves by hopping diagonally from cube to cube.

Landing on a cube causes it to change color, and changing every cube to the target color allows the player to progress to the next stage.

Jumping off the pyramid results in the character’s death. 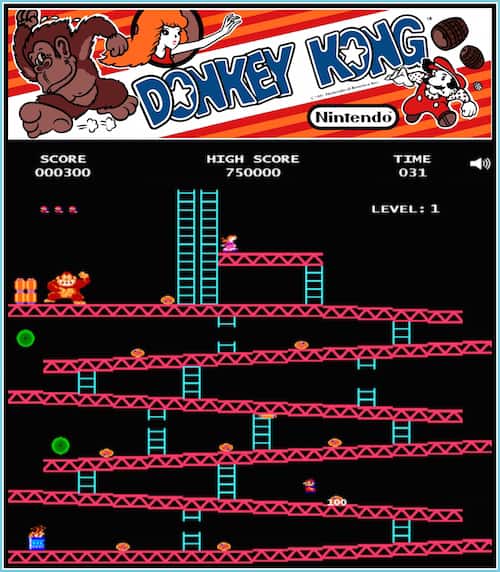 Donkey Kong is considered to be the earliest video game with a storyline that visually unfolds on screen. The Donkey Kong character is the game’s villain.

The hero is a carpenter originally named Jumpman, and would later be renamed Mario.

The ape kidnaps Mario’s girlfriend, and the player must take the role of Mario and rescue her. 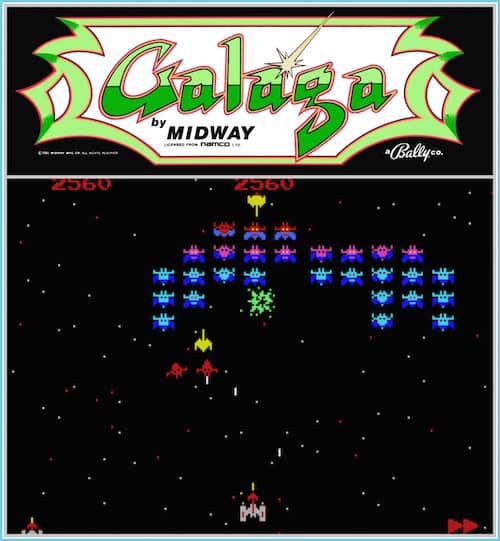 The objective of Galaga is to score as many points as possible by destroying insect-like enemies. The player controls a starfighter that can move left and right along the bottom of the playfield.

Enemies swarm in groups in a formation near the top of the screen, and then begin flying down toward the player, firing bullets at and attempting to crash into them.

The game ends when the player’s last fighter is lost, either by colliding with an enemy, one of its bullets, or by being captured. 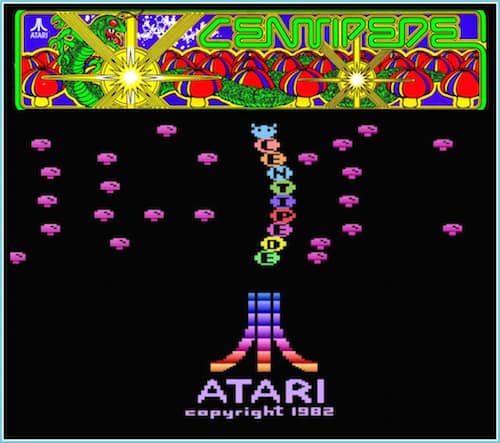 Centipede is a vertically oriented arcade game. The player defends against centipedes, spiders, scorpions and fleas, completing a round after eliminating the centipede that winds down the playing field.

The player moves moves the shooting character about the bottom area of the screen with a trackball and fires laser shots at a centipede advancing from the top of the screen down through a field of mushrooms.

Shooting any section of the centipede creates a mushroom; shooting one of the middle segments splits the centipede into two pieces at that point. Each piece then continues independently on its way down the board, with the first section of the rear piece becoming a new head. If the head is destroyed, the section behind it becomes the next head.

I’ve never been a huge gamer, but playing all these retro video games while waiting for the Pixels cast interview was tons of fun!

Honestly, I forgot how intense some of these games can get. When I was thinking about how to write the Centipede game synopsis I swear my heart rate went up. There’s something about that thrill that can definitely be addicting!

If reading about all these classic arcade games made you nostalgic, you’ll love how they come to life in Pixels!

My Pixels movie review is coming on tomorrow (Pixels opens July 24th), but you can get your Pixels tickets today!