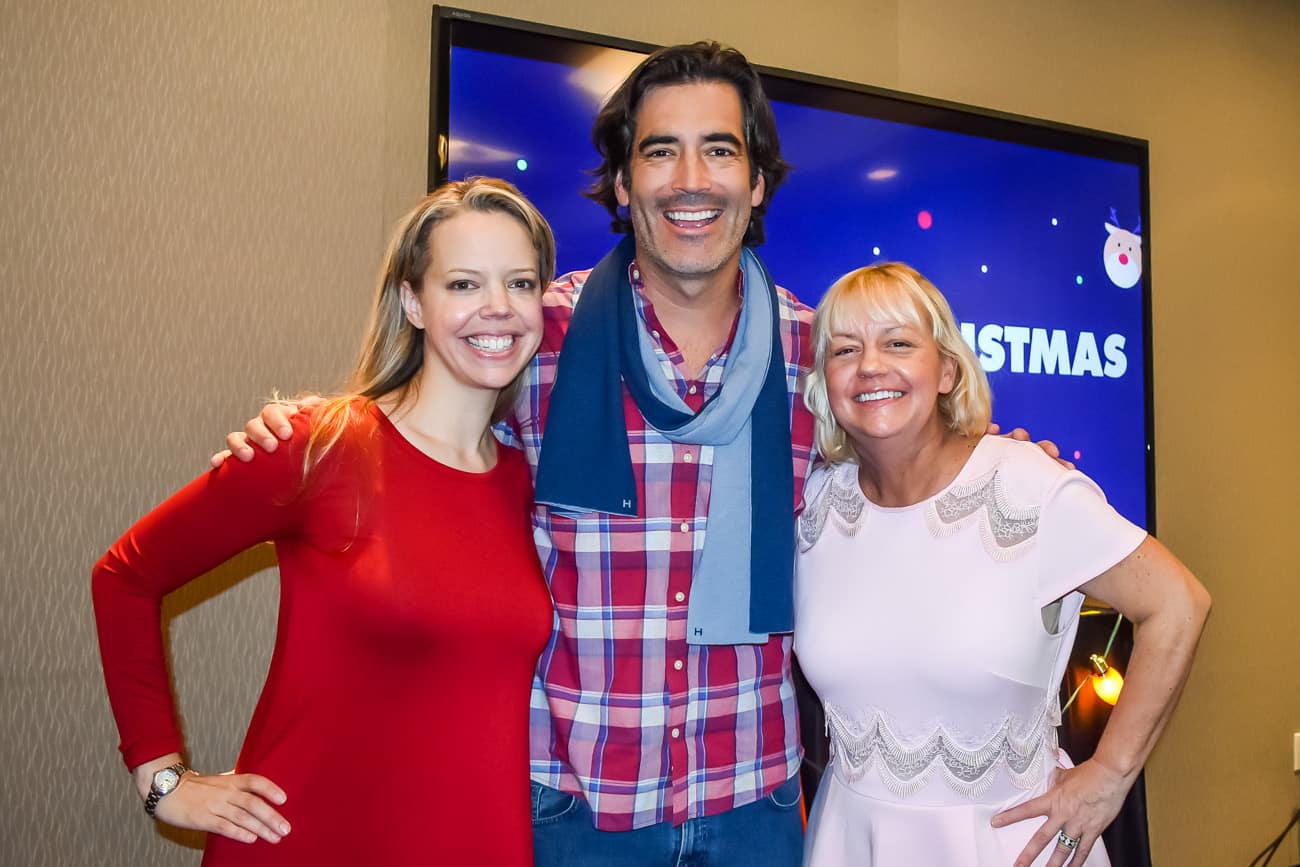 I recently took an incredible trip to Los Angeles. Not only did I attend the Mary Poppins Returns premiere and meet with tWitch and Allison about Disney's Fairy Tale Weddings: Holiday Magic, I also had a fantastic experience with ABC's 25 Days of Christmas!

I had a wonderful time meeting the stars and learning all about The Great Christmas Light Fight and The Great American Baking Show: Holiday Edition!

The Great Christmas Light Fight airs Mondays at 8/7c on the ABC Television Network, streaming or on demand.

The Great American Baking Show: Holiday Edition premieres with a special 2-hour episode on Thursday, December 6 at 9/8c on ABC, streaming or on demand.

About The Great Christmas Light Fight 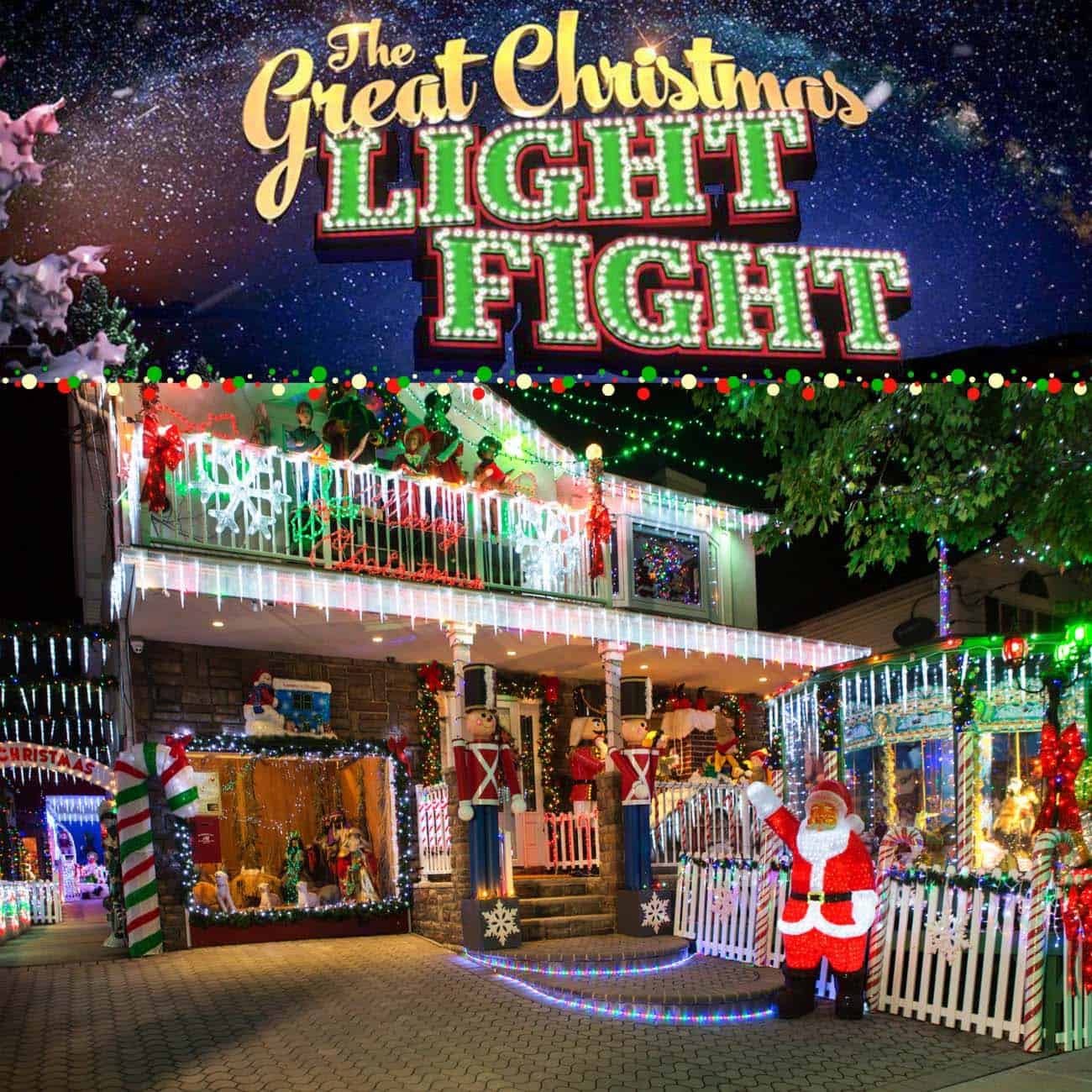 The Great Christmas Light Fight showcases the wildest and most spectacular Christmas displays in America.

In each one-hour episode, four families from all across the United States decorate their homes to the extreme in the hopes of winning the Light Fight trophy and a $50,000 award. A a total of $300,000 is being given away this season!

The competition heats up as the temperature drops when families invite the crew inside their homes to witness their over-the-top indoor Christmas décor for the first time.

In addition to all of the stunning inside/outside displays, the first ever “Heavyweights” episode will showcase holiday light shows that have grown too large for any single home. 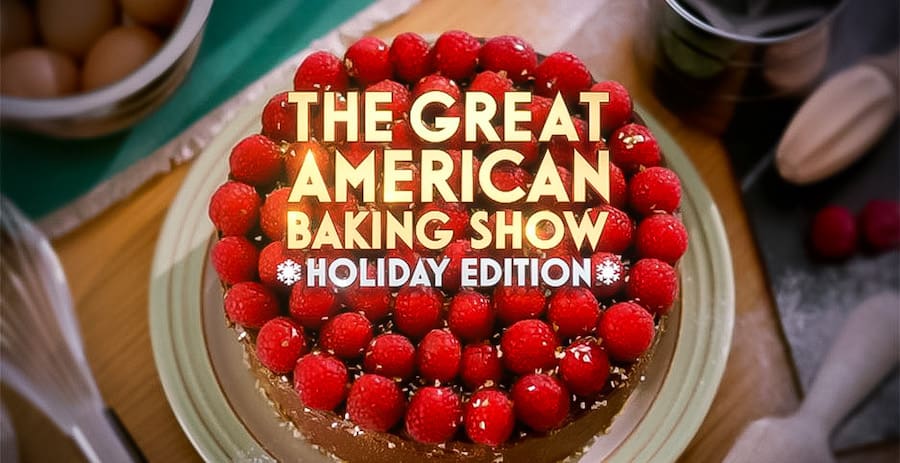 The Great American Baking Show: Holiday Edition, based on the hit series The Great British Bake Off, returns to ABC Television this holiday season! Showcasing bakers from around the United States, the show puts their best recipes forward as they compete in holiday-themed challenges and competitions, all hoping to be named America's Best Amateur Baker.

Each week, Yard and Hollywood will taste delicious and decadent treats while sharing comments and advice in regards to the competing bakers' techniques and skills. 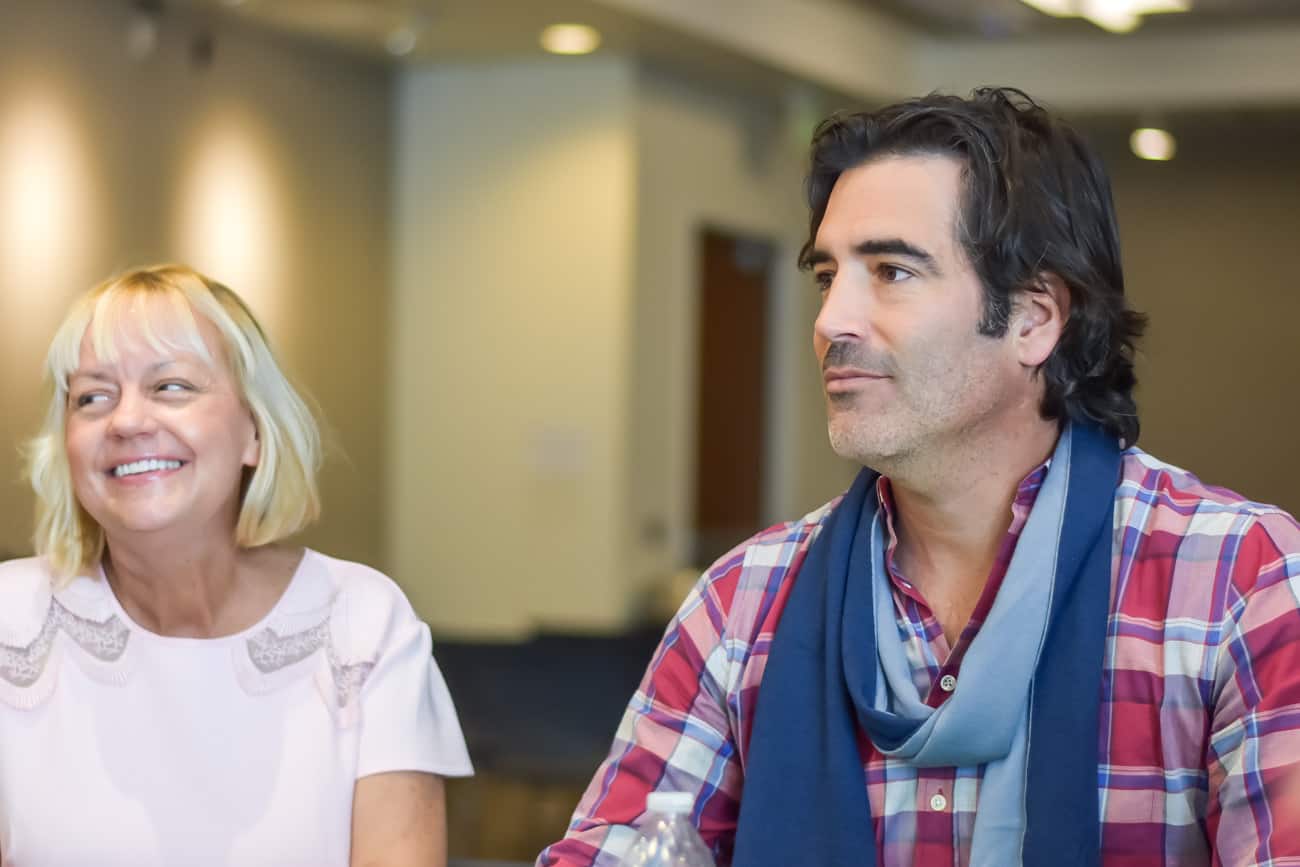 I sat down with Carter Oosterhouse, judge and host on The Great Christmas Light Fight, and Sherry Yard, judge on The Great American Baking Show, to talk about the holidays and their upcoming shows.

Carter Oosterhouse explained the show's format to me, because I had never seen it!

Carter Oosterhouse: My show is The Great Christmas Light Fight, which airs on Mondays. There's myself and another host, Taniya. I'm in the first hour, she's in the second hour. We switch back and forth and we never see each other. She showcases four places, I showcase four places. We go East Coast to West Coast. 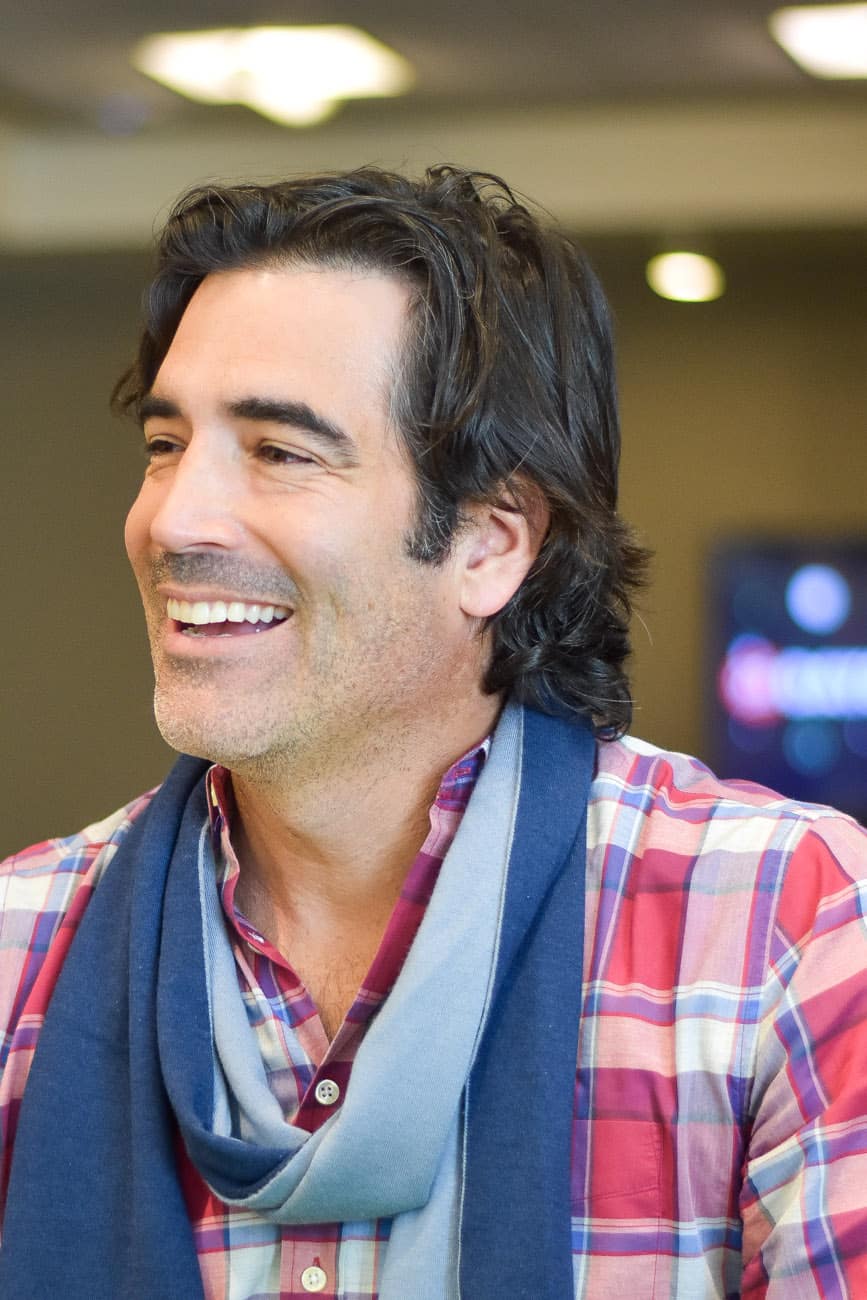 On what he loves about the show:

Carter Oosterhouse: It's just a fun holiday show that everybody can get behind. There's holiday cheer, and it's fun and it's just that heartwarming, nostalgic moment.

I love seeing stuff that's creative, that you've never seen before. As a builder and a designer, I love seeing people create something. It's what brings us all together at Christmas. Creating those Christmas memories.

So this show is a Christmas memory we created in that city for that community. It's going to be things those people remember for the rest of their lives. That's the real unique joy and fun part about it. 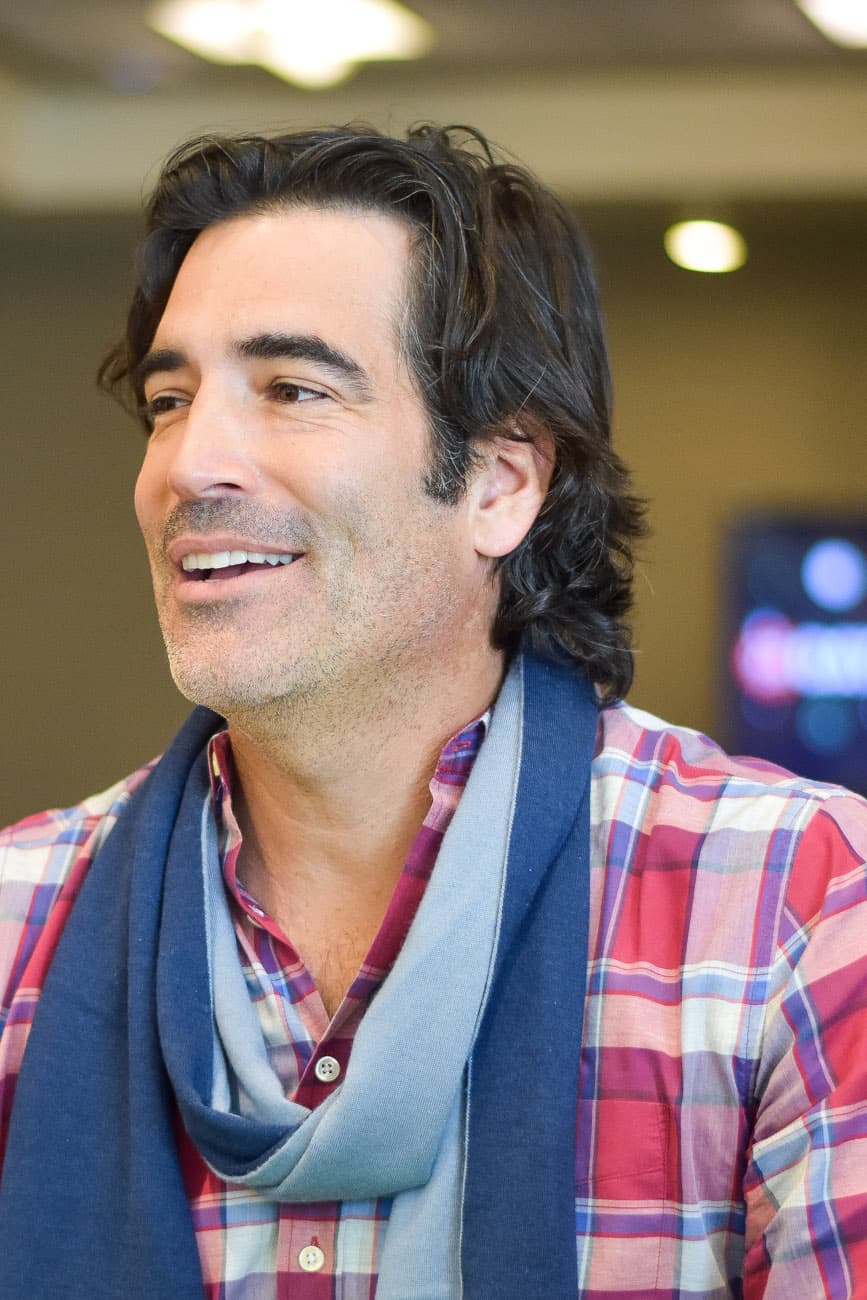 Finally, we just had to know if Carter Oosterhouse puts Christmas lights on his own house for the holidays!

Carter Oosterhouse: I started with lights on the house, then I got on the show and I stopped. It's hard to compete with these people! You're on this other level, this other world of seeing people who do such amazing projects.

For me, my baby, my wife, it's so much easier to do DIY, smaller crafts, manageable moments, instead of just trying to beat the neighbor. 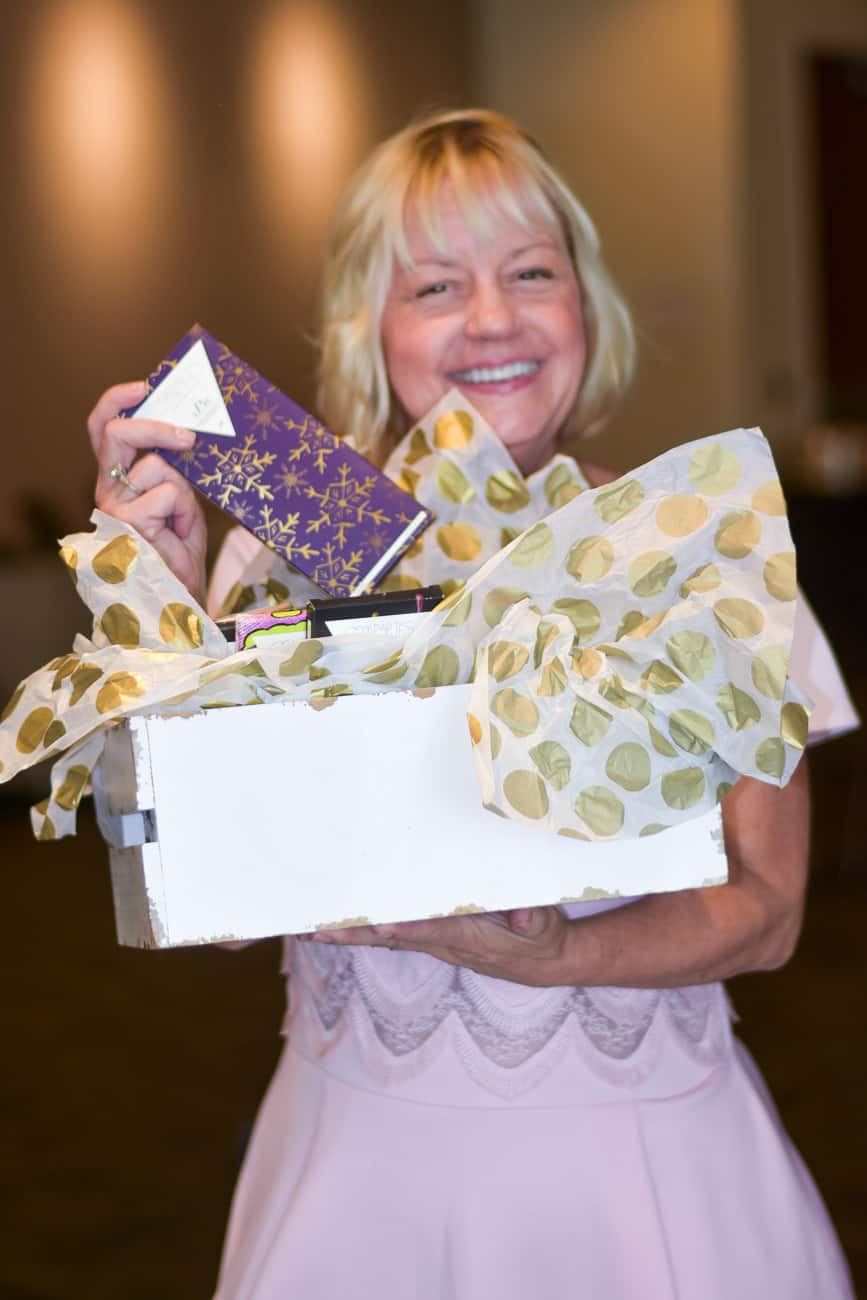 After gifting each of us with a delicious chocolate bar, Sherry Yard told us about her show:

Sherry Yard: My show is The Great American Baking Show, and this is my first year.

As a baker and as someone who wants to promote baking and make everyone bake, it was just hallowed ground for me to go to London. Paul Hollywood is my co-judge. As handsome as he is, he knows his stuff. He cares about the people that are there. He gets to be a little dastardly and I get to be a little on the sweet side and call him out on some things. 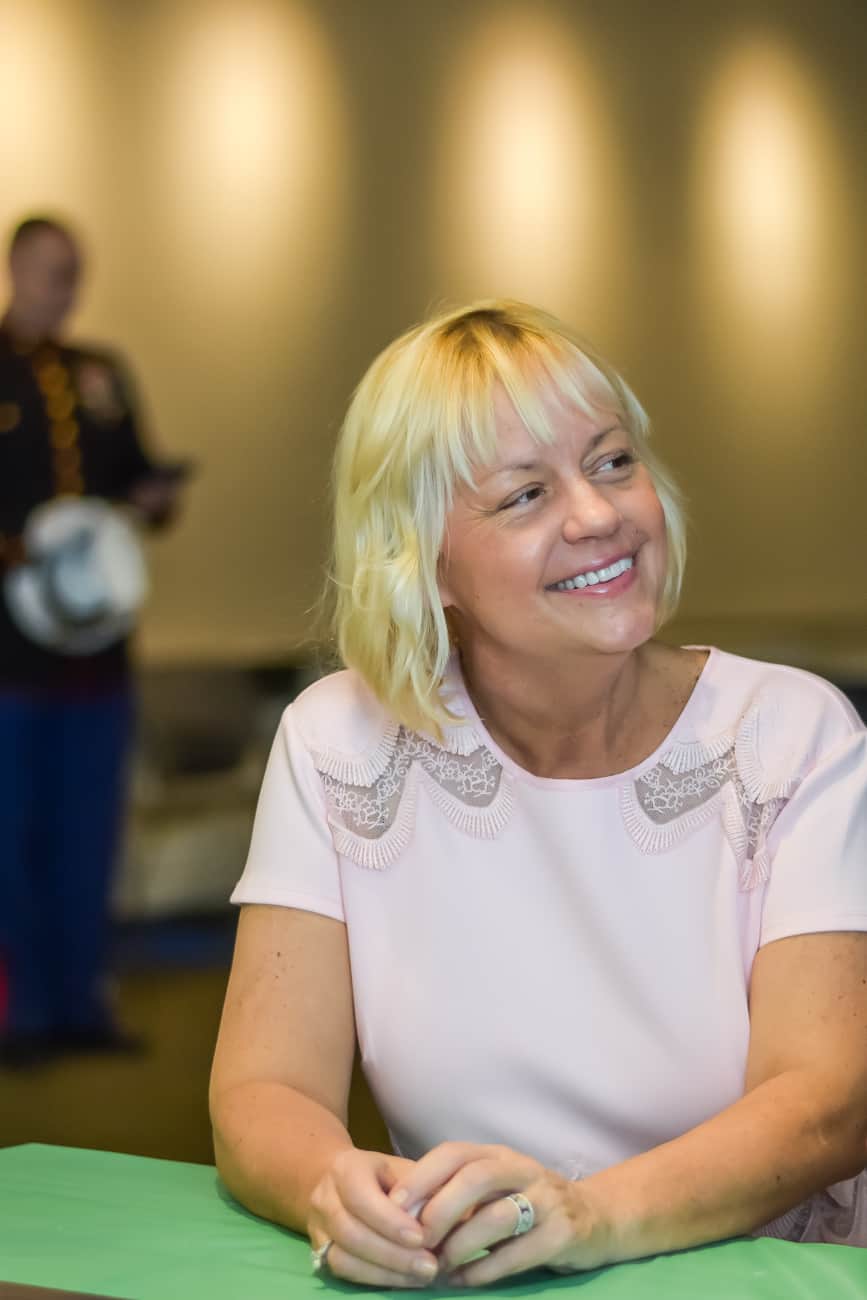 On the talented contestants for The Great American Baking Show: Holiday Edition:

Sherry Yard: The contestants are from all over the United States. Don't let them fool you. They are home bakers, but they could kick the butt of any professional pastry chef out there. They are serious bakers.

Of course, we were all wondering what Yard prepares for her family during the holidays! 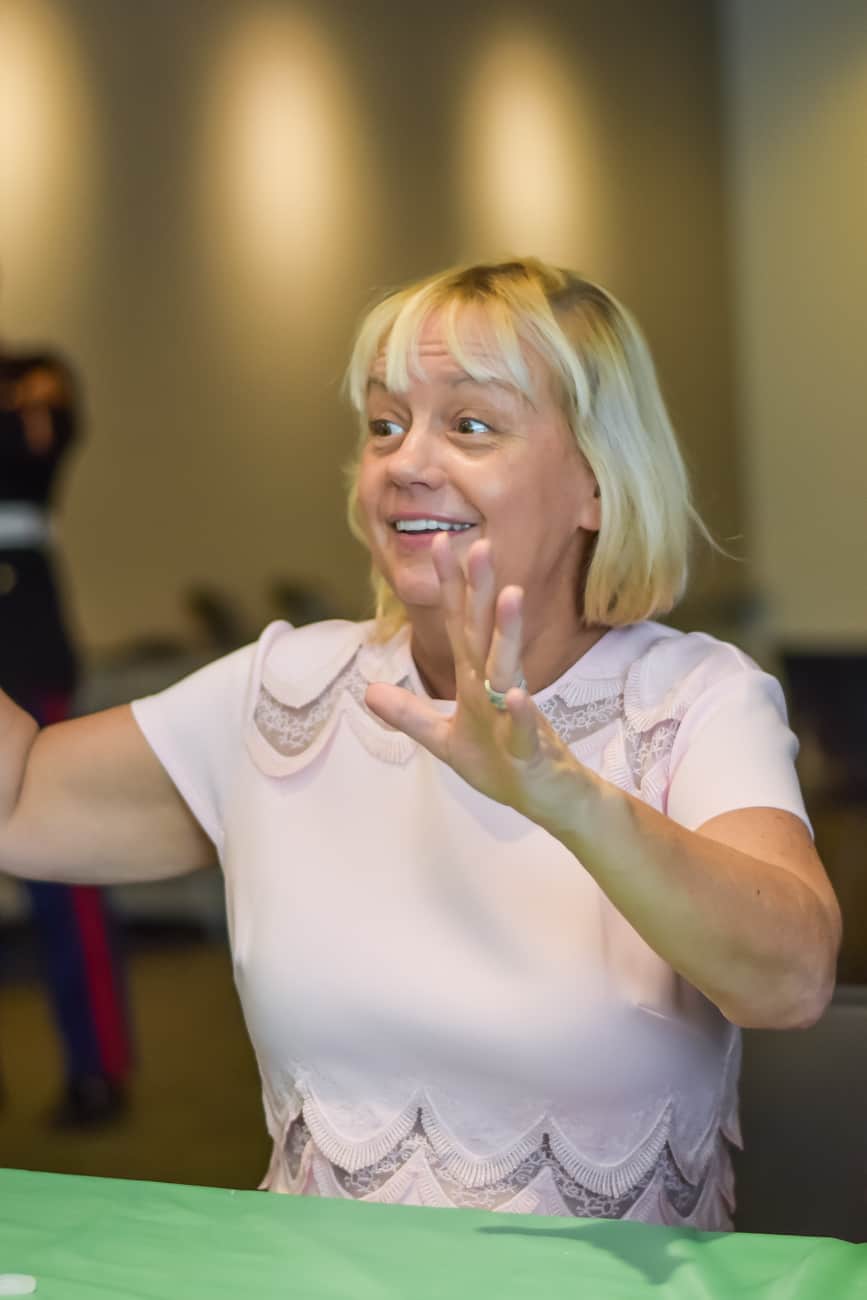 Sherry Yard: I make croquembouches. They're cream puffs, dipped in caramel and they're stacked up. It means a crackle in your mouth it's the most spectacular dessert.

Then you spin sugar – I can spin it by hand. I spin sugar into mounds and I put it all over the top and it's the most incredible centerpiece. 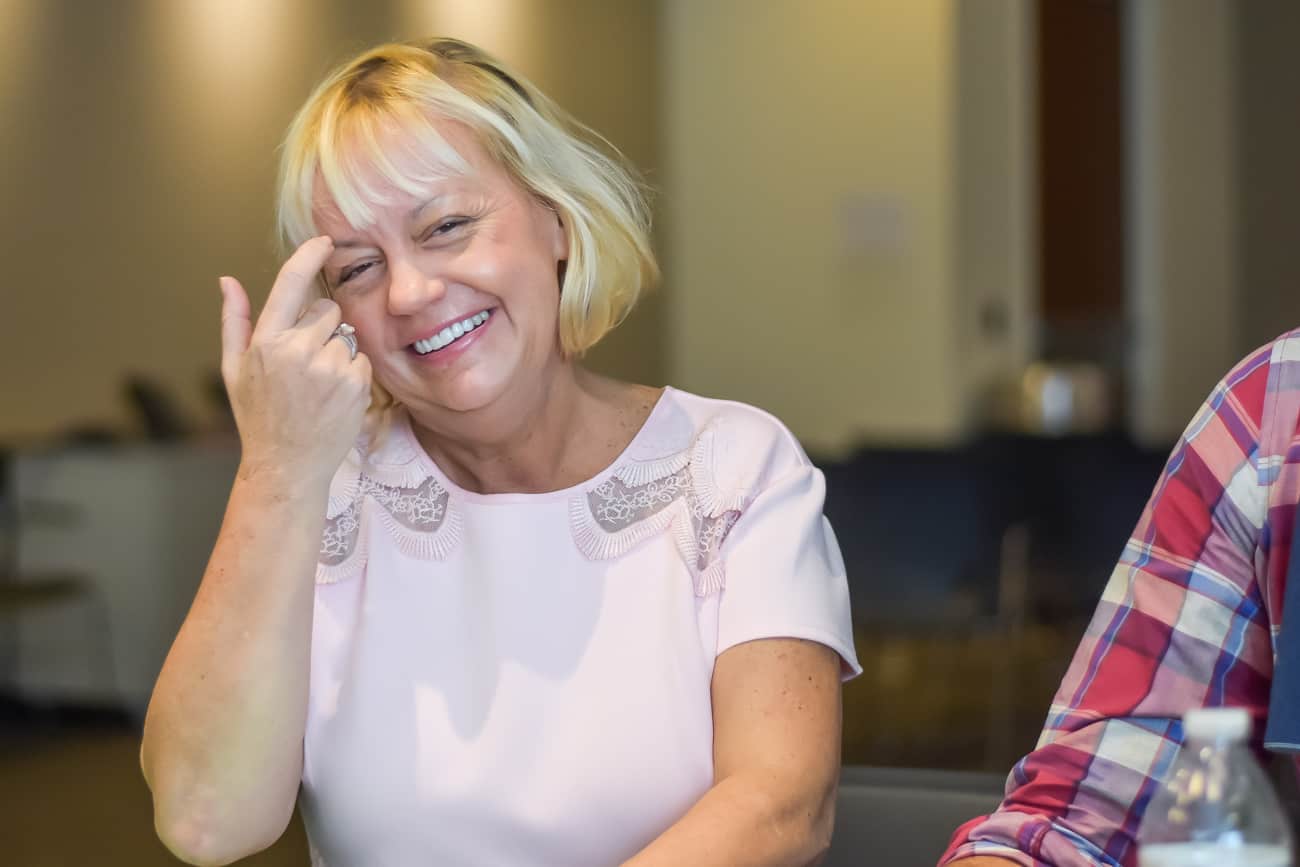 Be sure to tune into both of these shows:

The Great Christmas Light Fight airs Mondays at 8/7c on the ABC Television Network, streaming or on demand.

The Great American Baking Show: Holiday Edition premieres with a special 2-hour episode on Thursday, December 6 at 9/8c on ABC, streaming or on demand.

Disney and ABC Television are giving back!

This holiday season, Disney|ABC Television are teaming up with Disney store, ShopDisney.com and Toys for Tots. 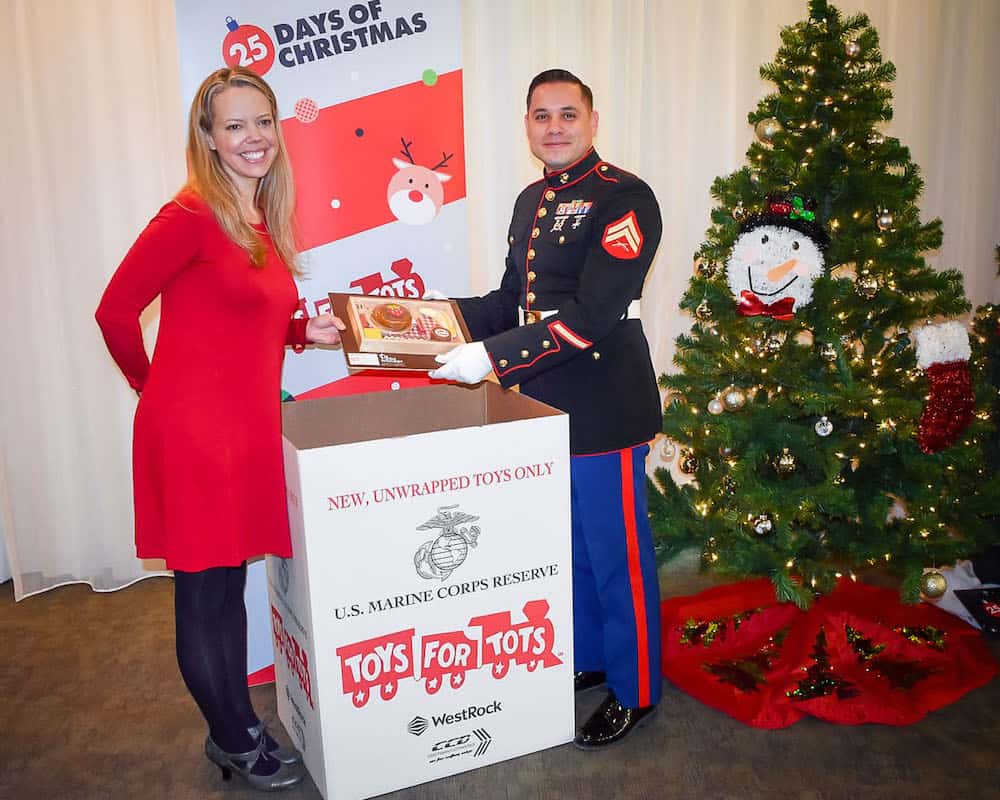 Fans and families can celebrate 25 Days of Christmas by dropping off a new, unwrapped toy at a U.S. Disney store or on shopDisney.com until December 15th and Disney store will contribute $5 per toy to Toys for Tots, up to $1 Million!

For more information on Toys for Tots, go to ToysForTots.org. Be sure to post a selfie of yourself with your toy using the hashtag #25DaysofChristmas! Watch all your favorite holiday content on 25DaysofChristmas.com.