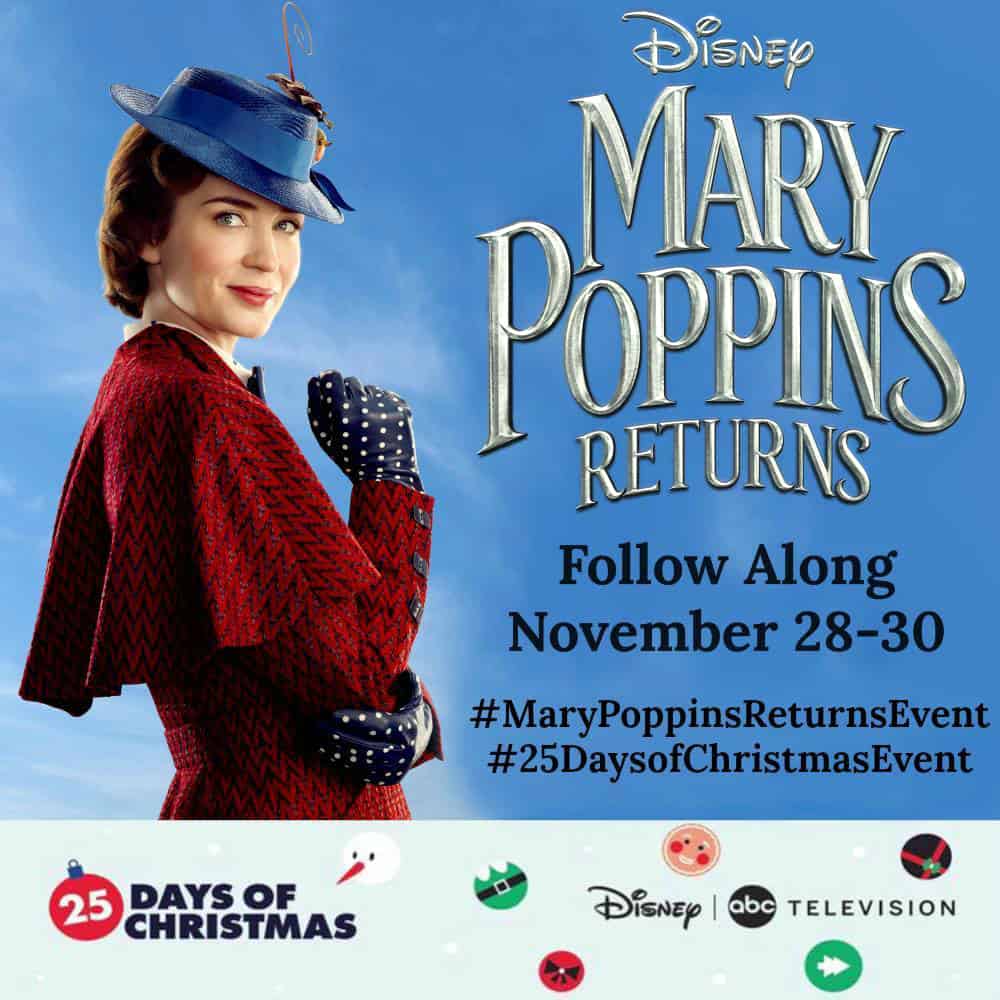 I have to say, 2018 has been one of my very best years for blogging so far. First, it’s my 10-year anniversary of starting this site. 10 years! That’s enough of a reason to celebrate right there.

On top of that, there have been all sorts of highlights, big and small, that continue to cement in me that having this blog, connecting with people and providing helpful information, is absolutely the right thing for me to be doing.

All of this couldn’t have become more clear when I received the invitation to end all other invitations:

We would like to invite you to a very special Disney, ABC & Freeform hosted event in November – exclusively for our top Bloggers! This trip will include the film release of MARY POPPINS RETURNS as well as the “25 Days of Christmas” celebration on Disney | ABC Television!

I think my heart stopped when I read those words. Why?

My all-time favorite movie EVER is Mary Poppins. The announcement of Mary Poppins Returns with Lin-Manuel Miranda had me dropping everything to call my husband at work to tell him about it (his response? happy for me, interested in the movie, uncertain whether it warranted a call during working hours!).

And the whole time, I’ve been waiting and waiting for December 19th, the day Mary Poppins Returns arrives in theaters.

Now, I’m so thrilled, like jumping up and down excited, to say that, not only do I get to see the movie weeks before the release, I’m also attending the red carpet premiere of Mary Poppins Returns in Los Angeles!

In addition to attending the movie premiere, I’ll also be interviewing many talented people involved in the movie. Nearest and dearest to my heart, the interview I didn’t know I’d been waiting three years for, is an interview with Lin-Manuel Miranda. I. Can’t. Breathe. 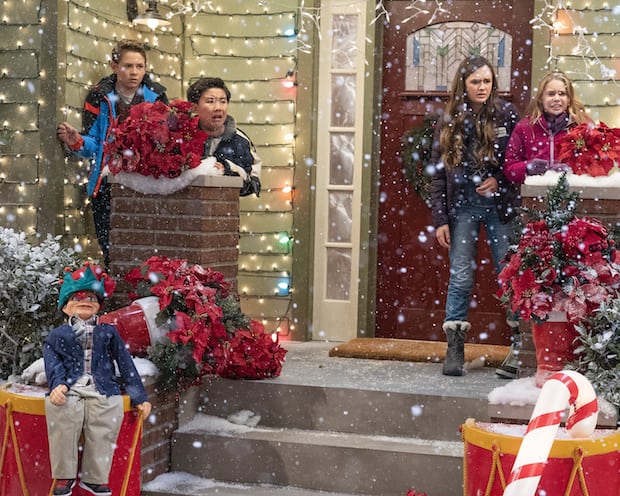 COOP & CAMI ASK THE WORLD – “Would You Wrather Get a Moose Angry” – The kids work together to try and make Jenna’s wish of a classic Wrather Christmas come true but a major snowstorm and a disgruntled moose disrupt their Holiday. This episode of “Coop & Cami Ask The World” airs Friday, December 7 (8:30 P.M. ET/PT) on Disney Channel. (Disney Channel/Eric McCandless)

Beyond that, I’ll be celebrating 25 Days of Christmas with ABC, Freeform, Disney Channel, Disney XD and Disney Junior! I’m getting a sneak peek at some of the best holiday-themed entertainment specials that are going to be shown on those channels, and I can’t wait to share more about them!

You can also follow these social media accounts to stay on top of everything Mary Poppins Returns: